Just gave it read, I get it, thank you!

Does anyone know what the rest of these skills are?

Code:
Most can be deduced by looking at specific items in objects.srv or at .usr files, but not all.
N

someone knows how to converte a map or get maps for this kind of server?

Dawg said:
Does anyone know what the rest of these skills are?
Click to expand...

As in, immunity to those elements?

Developer of Nostalrius and The Violet Project

Dawg said:
As in, immunity to those elements?
Click to expand...

No, they stand for the conditions themselves, "poisoning, burning, and electrified" for instance.

Dawg said:
As in, immunity to those elements?
Click to expand...

Conditions, as said above. There's no immunity skill. In fact, what you called "anti drunk" is also a drunk state overall. And "stealth" is illusion, not only invisibility.

kay said:
And "stealth" is illusion, not only invisibility.
Click to expand...

Interesting. Illusion as in when a player uses 'utevo res ina'? The new outfit is stored under this skill?
R

Google translator:
Hello my dears, about the map editor in which I could open the original maps, I have a 7.70 client, but rme 1.02c rejects these client files, I can't see the cip maps

Sorry: sorry for my english

os there a way to host this on windows?

Developer of Nostalrius and The Violet Project

Diarreamental said:
os there a way to host this on windows?
Click to expand...

You can use Hyper-V to host it as a virtual machine.

Ezzz said:
You can use Hyper-V to host it as a virtual machine.
Click to expand...

But not directly? i understand that you can integrate ubuntu commands and folders into win 10. wont be possible? has anybody tested?

Dawg said:
Interesting. Illusion as in when a player uses 'utevo res ina'?
Click to expand...

The new outfit is stored under this skill?
Click to expand...

No, it is stored under "CurrentOutfit". The skill stores the timer.

Does this mean you can use an item and/or move event to change a player's outift? I.e. put on a ring and it changes your outfit?

Dawg said:
I.e. put on a ring and it changes your outfit?
Click to expand...

That's what stealth ring does.

kay said:
That's what stealth ring does.
Click to expand...

Haha well yes of course, I mean to the outfit of a creature or item.

Diarreamental said:
os there a way to host this on windows?
Click to expand...

I'd suggest using WSL2. But if you use that or a pure VM doesn't really matter. But using WSL you can avoid the annoyances with SCP/FTP file transfers since the filesystem of the operating system is accessible via Explorer in windows.
And the easiest distro is CentOS for sure. Ubuntu works as well, but its harder to configure and setup.

Using a VM with hyper-V or virtual box/VMware might be easier to backup tho. Not sure.

Note: if you go the WSL route, make sure you use WSL2, since realots doesn't work in WSL. At least in my experience.
D

Ezzz said:
Even though I had the virgin files since 3 years ago, I actually never had the urge to have the live data files (user, owners, map) simply because didn't seem important.
I enjoy going through the map, and feel that this is stuck in time, 2006 to 2016, the same things that were left that night server save, it's just fascinating

Zanera back then seems it was a Brazillian / Mexican game world, given all the text files I have found around are in Spanish/Br, and very few in English lmfao.
Also, the amount of guys pretending to be girls is just ... too many! Also, a huge amount of account sharers (mostly mexicans), and also bots, found max 2kk in the same house with over 4000e^10 bps of Dragon loots. A lot of personal info around as well. "F*cker whoever reads it." There's way too much, emails, phone numbers, etc ... but after a quick look, these are what caught my nostalgia eye :')
Click to expand...

How do you search for all the written text? ;o

Draconic said:
How do you search for all the written text? ;o
Click to expand... 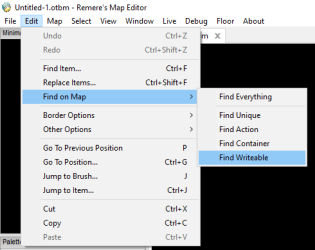 I see. I was using Yamaken's realots map editor, but it doesn't include all of that. Did I do something wrong or are you using another map editor?