Hello everyone who loves TIBIA! 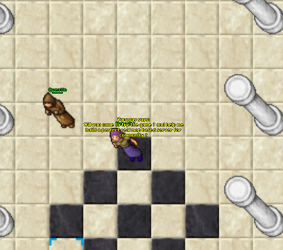 My name is Vanagas Lukas,

I been working on this awakening real map server for around past 3-4 months, I want to make a realy nice real map tibia project where everyone can have fun.

Please help me do it, all players opinions are GOLD worth for me.

Lets build together the server for worldwide community!

Abouts Resets ? I always hated the one thing about ots, its RESETS…So I want to avoid resets at all costs, my dream is to make long term server with will last 4ever, with no resets. But as I been working many years on ots, that’s realy hard to archieve, but I will not surrender, I believe that’s possible!

Im active alot so i will be always around!

I would like to invite you to my Awakening Real Map tibia project based on 8.60, but there is alot changes that brings the game more to 8.0 feeling, lets start...


Some features about the server:

Basicaly on every server part, your opinion is very gratefull, thanks in advance!

whole mmorpg is for botting we could say.

6-12 client full of bots, even real tibia. there is no escape from it.

Rather need accept reality and do something smart about it...

Yeah but like specfically 8.6 is the most botted version right? Because of how easy free bots are for that version.

I'm assuming your server has no rules against botting?

So with no rules and using a version with an easily acceciable (and free) bot you are basically encouring botting.

I've no problem with botting but on servers where it is encourges there should be systems in place to encourage manual play.
Such as extra loot, exp etc
OP
OP

Skykes said:
Yeah but like specfically 8.6 is the most botted version right? Because of how easy free bots are for that version.

I'm assuming your server has no rules against botting?

So with no rules and using a version with an easily acceciable (and free) bot you are basically encouring botting.

I've no problem with botting but on servers where it is encourges there should be systems in place to encourage manual play.
Such as extra loot, exp etc
Click to expand...

I wouldn say 8.6 is more botted version. I myself liked to play/test and try ALL servers around here, there is realy nice epic projects, but all of them is full of botters, as i am nearly 24/7 on pc, since my work is at home at pc. I can see how people bot.

An example there is realesta, realera, kasteria, tibianic, medivia servers , with many botters, even on server where are no hotkeys you can use bot and have full hotkeys. And do they ban/delete people ? Yes, but does that fix problem ? NO... I myself tryed to bot on all these server, been botting 1-3 month 5-10 clients, every day, 90% of characters was safe and not banned/deleted.... And i know many people who bot, and while botting on caves i saw many other botters, not just rune making, but fully afk cavebooting....


And about my server i working on, atm i let people afk bot, but in future i plan to jail or fix system that prevents full afk botting or dissables some functions on bot. As i told its BETA online, and i want to start an official in 1 year, so there is much work ofc left but there is much time left aswell im not hurry, in case i can move official start for more one year or even longer. No big deal, as i want to make a realy nice project.

And Thank you alot for telling/remind me about this. I defintly need to make such systems, and more, but as we use otcv8 client it will be way much harder to prevent bot use for such systems as the client itself has PRO bot.... But everything is possible i believe.

Skykes said:
there should be systems in place to encourage manual play.
Click to expand...

Like there is an example idea of jail i might use, if you full afk i send you to jail. And if you want to go out of jail you gotta pay with your experience points or skill points or BOTH. So botting AFK, will be not profitable, etc.

Well 7.4 servers exist only to farm cash from players. If they cracked down on bots then their playerbase/income
is reduced by 90% . It's more profitable to let people bot and occasionally ban- when a hardcore 7.4 player gets banned they are more likely to make a new account and pay for pacc, donation etc again.

So they maintain a profitable ban rate because the server is run like a business.

I've seen servers with otcv8 with the bot disabled and it was not possible to manually enable it.

Ultimately a client solution for bots is not feasible. Developers have to make an entire server, systems etc and anti bot detection.
The bot developer only needs to figure out how to inject into the client.

Some servers have systems like having to go to a website and enter a code to prove you are human which will have reasonable a reasonable success rate. I think the goal should be to stop 100% afk bots, you're never going to catch the semi afks.
OP
OP

Huge updates in my eyes like every day, will write more about it at any time on web and here


Im inviting ALL, to my server www.awakenot.com (real map 860) Im giving now gifts for newcomers its 50 premium points + some gifts in game!
IF you want to try my real map project and recieve gifts, comment so i can see YOU and give YOU, your gifts

Big updates every week
Trying my best to make the game be more like 8.0 client.
Fixed some rune demages
Fixed UH heal , its one of best heals, depends on level and magic lvl
Fixed Sorcerer exevo vis hur spell, it hits more.
Changed some spells cooldowns.
Changed doors level from 50 to 35 at Earth Elemental place at Liberty bay in mountains. Aswell boosted 2 floors of spawns behind the doors.
Its already like 60 custom spawns all around, from little spiders, trolls,rotworms,dwarfs, tortoises, scout quaras, nomad, smugglers(all) , elfs, wyverns, dragons, heros,bog raiders, pirates, energy elementals, wyrms, hydras, dragon lords, vampires, necros/priest, brimstone bugs, souleaters, undead heros, warrior spectrees, strong dwarfs, and many many more to explorem and custom monsters aswell...
Added around map 5 bosses that drops what you need.
Added 7 new quests all around rl map to find out.
Many many fixes on map... Tired of mapping
Many fixes on npc's also added missing npc's
Fixed PVP Loot ( party killing will not drop PVP loot anymore)
Added Grizzly Adams (tasker) at thais, upstairs of food NPC. This area will expand.
Added some new houses in thais city.
Many fixes on TOMBS, all spawns are boosted, teleports fixed.
New Big Tomb in Darashia with quest to find (under minotaur grounds, north east from city).
Added items to buy at website (donations to help the server survive and update). Im not programer at all, and not realy like it in all ways, so every donation will help for server to be more better and more updated.


Here is some new spawns(some have quest) around 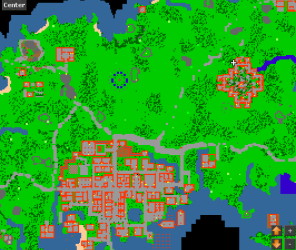 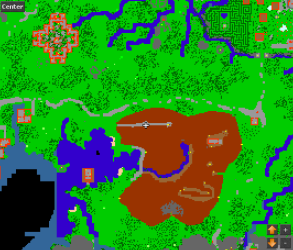 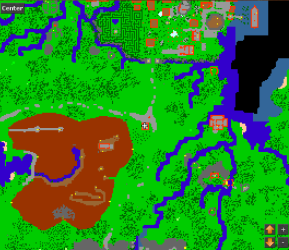 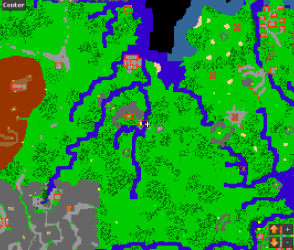 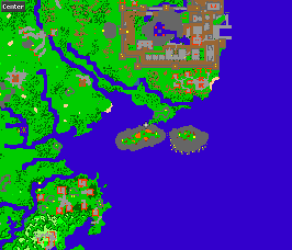 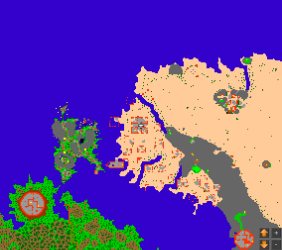 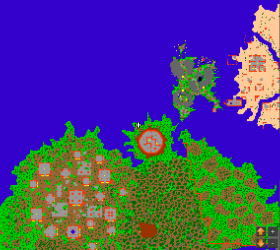 Every day i work from 2-8 hours on the server..... and i change many things, from map, to spells demage values, formulas, to new systems, monsters, bosses ,quests, and much much more....

Today worked more than 12 hours to make update, as updating had some errors, with took 1hour to fix... And the server is online with new update


Within some days il post about the BIG update Time to rest now....

Server is growing steady little by little Getting more and more attention , with makes me happy

The beta server is already half year online, and will stay online as beta for further tests, and updates, awaiting official realese. So beta online can stay online for more 6-42 months....


Whats your opinion of thais depot and thais temple ? Thais city is main ( here new players arrive and there are most uniq shops, boosted npc and more

Please test the server, so we can prepare for Official start ( The server will be long term, no resets! 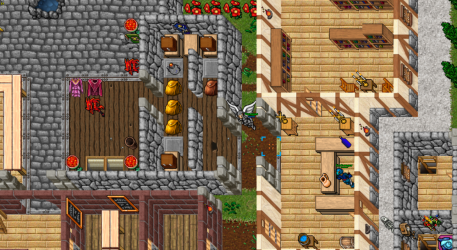 still online And it will keep this way
OP
OP

still on, and more updates been on the server , some new systems added and more spawns around the map, aswell Ankrahmun desert got bigger Maybe need new era ? :O
OP
OP

FAILEK ME .... Its old picture, the server is more based on 8.0 but it has lots of editions like we have yalahar, or we have like 2x bigger continent of svargrond or ankrahmun There is alot edited or added new spawns near old, so while you play like real map youl find on way more new things
Formulas of demages are more to 7.7-8.0 also we editing them to make more balancing + we adding new spells for example druid has 3x aoe spells 'exevo gran mas tera' 'exevo gran mas frigo' and customized 'exevo gran mas pox', and more custom spells are that tries to balance the game for long path
Will soon change that image hehe thanks for poiting this out <3 30 premium points for you! Send me your nick in game here il send you points
OP
OP

Hey!
couldn't reach otland for time... so was unable to post anything....

Many things happend with the server...
Il write up some changes what happpened

Upgraded the upgrade system: now you can also add to empty slots such attributes like % experience boost or % loot boost,
Also all other stats adding working like before

Added some new quests in the new areas of dragons in ankrahmun mountains.

Added new hero spawn at ankh/darashia mountain, with a new quest in the spawn.

''As the water level drops of the sea, there are many new lands to be explore, as example the ankrahmun desert is now like 2 times bigger ?, thats crazy...'' 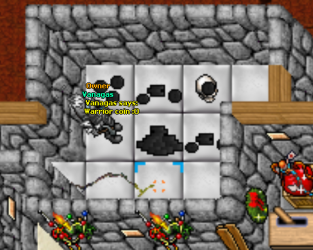 new item Backpack pearl '' This pearl can increase any bp or bag size by +1, meaning you can make your backpack having 30 vol for example or backpack of holding 32 or more vol... 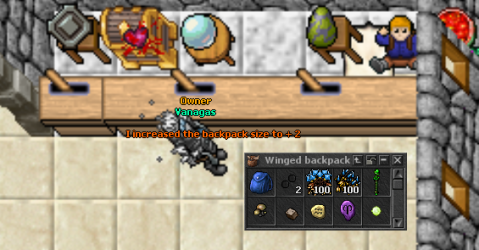 Now in -3 of thais temple << you can buy all kind of arrows/bolts and royal star ''here is the best paladin ammution'' << All those can be bought for talons.

New spawn of warlock apprentices have been added in edron caves 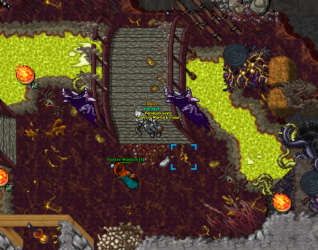 New arrows is customized and power is shown on item 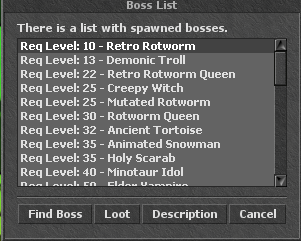