Rombadr said:
Imma wait til they have VIP TPs to good hunting spawns
Click to expand...

Rombadr said:
Imma wait til they have VIP TPs to good hunting spawns
Click to expand...

Then I’ll join for sure!

Lazy solutions for lazy players
That is

Evil Puncker said:
know these baiak servers where you use items to get dodge and critical?

The idea of mobs there came from an ot called RAdBR, now dodge and critic is more expensive than a ferumbras hat, in case the guy tries to do it. Very unreasonable this forge there. 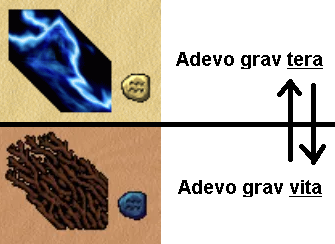 is stephany, the josh wife

Hover Design said:
I always wondered if it wasn't supposed to be the other way around
View attachment 65506
Click to expand...

tera didn't mean earth back then

coming from a time when exevo MORT hur was energy and exevo gran mas VIS was physical......... lazy in the early days for sure

All assuming these magic words have 1 exclusive meaning.

A lot has changed in 25 years though.
X

Tibia is stuck because they haven't realized they need to restructure the game. It's a power gamer game that once you make 100k can buy the best armor you can get and its not even really good. They need to focus on updating items, weapons, spells, ect. It is too slow rate of a game in terms of character progression. Sure, you can level a lot faster now days but I have been sitting with the same items (other than weapon) since I started playing. Someone just gave me pretty much the strongest armor.

They abandoned some of the time consumption of the game (offline trainers, ect.) which made pretty much everything non-valuable and they haven't created anything to replace it. The only real thing to work to is leveling. The imbuement system could of been good but even that is done poorly.

At level 1k you spend hours (or more idk im not that level) to get 1 level and you gain nothing at all from it. Sure not every level should matter but even 1k-1.1k there isn't much of a difference. Again, level isnt the end all. Gaining the levels unlock the ability to progress with items, ect. That is what makes leveling worth something. The game is 25 years old, it wouldn't hurt to raise the bar for character progression.

Anyway, tibia will always be tibia because it actually is tibia. You just like the old tibia.

thanks for the kind report, fixed.

remember using "something sparkling" to put items on the display?

looks like not only us had this idea: Spell Rune (https://tibia.fandom.com/wiki/Spell_Rune)
(they actually created an immovable item, with sparks added through .dat file)

zbizu said:
remember using "something sparkling" to put items on the display?

looks like not only us had this idea: Spell Rune (https://tibia.fandom.com/wiki/Spell_Rune)
(they actually created an immovable item, with sparks added through .dat file)
Click to expand...

I literally remember checking that 8.2 update out, seeing this rune and being mad that my shitty 8.0/8.1 evo OT didn't have this "something sparkling" yet because I was pinning everything to the ground with stones or holes lol

Tibia's most mysterious boss of all times - Samael [Article by Mogh]