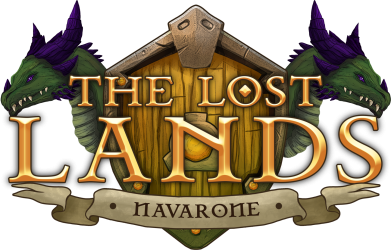 A medieval-style fantasy game​
You will enter the Lost Lands alone. Empty-handed and tired, nary a penny to your name. A stranger in a strange land. But you will not give in.

But you will not give in.

Your story will be whispered in the villages and the inns at first. As you fight the cutthroats and the pirates, they’ll begin to hear about you… about your tale. You will travel far and wide, and they will know your name. They’ll hear rumors of the treasures you find, the adventures you seek and the battles you fight. Your name will be in every village and every inn. But by then, it will not be whispered any longer. By then your name will be sung.

And they will know your legend.

The story of The Lost Lands 3D (TLL) started a long time ago. This MMORPG began as a hobby project between me, Keth and Sebastian (mmb) and was initially a 2D version. Years later, the decision was made to transform the world of The Lost Lands from 2D to 3D. I have now reached the point where The Lost Lands is to be shown to others. Therefore, I will start to regularly showcase the progress of the game, how it looks and feels.

The story element of TLL will be released in several parts, starting with the first edition a week after today.

One of the many fun aspects of The Lost Lands will be player housing: this will allow people to build inside their house to make rooms, place furniture, create space for storage and decorations.

Players will have multiple ways of upgrading their characters by means of leveling up, forging armor and equipment, increasing skills, learning spells and much more. With customizable talent trees, skill points and various upgrades, players can tailor their characters just the way they want.

Besides battling beasts, bosses and all sorts of bad guys you can also specialize your skillset. In The Lost Lands it is possible to become adept in any one of these skills:

In the time to come more of the game and its features will be presented and explained. I will try and make a post every week or two, they will include images and clips of the game, the gameplay and all the other features.

I have huge plans for The Lost Lands. There is a lot of love going into this project, and I have only just begun!

Stay tuned for any news from The Lost Lands 3D!

Hopefully we will have MmB working with us later on. 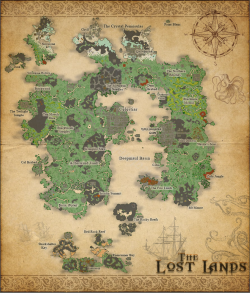 That map looks nice - don't forget to show us something!

I agree. Minimap looks great. Won't have the time to play but look forward to seeing any progress. good luck
OP
OP
M

BahamutxD said:
That map looks nice - don't forget to show us something!
Click to expand...

Will show more every week

Boy67 said:
I agree. Minimap looks great. Won't have the time to play but look forward to seeing any progress. good luck
Click to expand...

Is that you Kethibo from the LooSik forum? (the former, no longer existing otserv.pl)
if so, best regards, Randall

Good luck with the project, I look forward to the gameplay
OP
OP
M

nasu said:
Is that you Kethibo from the LooSik forum? (the former, no longer existing otserv.pl)
if so, best regards, Randall

Good luck with the project, I look forward to the gameplay
Click to expand...

No sorry i am me again long time member and co founder of the lost lands.

Thank you.
Will be posting a clip etc in a few days.

any plans to add in a shooter element? could be sick combo​
M

Sitting by the fire on a moonlit night with enough mead in hand...

The story starts but is far from over!

In the weeks to come we will be showing gameplay! Beautiful images and clips! And also more lore stories!

Credits to @PtooGaming for the video edit!

A lot still to come!

We will get better with time. Stay tuned and stay with me for this is a long and fun journey. The Lost Lands - Character showoff | Facebook | By The Lost Lands | And here they are!!! A small preview of the playable characters! As you can see they have a blind eye. That is because there are various customization...

0 views, 0 likes, 0 loves, 0 comments, 1 shares, Facebook Watch Videos from The Lost Lands: And here they are!!! A small preview of the playable characters! As you can see they have a blind eye. That...

Navarone Landscape!
​
So here we go!
Showing off a bit of the landscape as it is right now in game.
A lot is being done every day and a lot will be added.

Next week i will probably show off a bit of the weather system we have in the game.

This is a huge step in the right direction for us as we have always wondered what the game would look like in 3D instead of 2D without tibia graphics.

Hope you guys like it as much as we do.

Today we want to show you guys a bit of the different weather types you will find yourself in when roaming the lands of Asor!
There is a day and night cycle , Rain , Thunderstorm , Snow , Blizzard and even fog!
There is so much to see and do in these lands!

We hope you like how this looks and can not wait to show you more!

Here are some real in game screenshots.
There are amazing systems in place that are functioning perfectly with a ton of optimizations!

This will really bring a lot of ambiance effects and beautiful scenes to admire!​

Hello Everyone, Today we wanted to show a small preview of how the game is starting to look like.

The character is a place holder which will be changed soon.
A more detailed character will soon be finished and put in game.

Further more we have a whole new UI in the making which will also have a lot more to offer for players! Some of the new things will include Achievements and also Quest information.

Hope you are starting to like what you see because there is A LOT more in the works and coming!

Looks beautiful, what game engine are you guys building in?
OP
OP
M

Extrodus said:
Looks beautiful, what game engine are you guys building in?
Click to expand...

Building this in unreal engine. We have a lot of codes etc ready but everything needs to be connected , replicated and then put together in game

Big updates to come and i will continue to post.
OP
OP
M

Today we wanted to show a preview of one of the more important aspects of the game.

This is just the beginning with a lot to offer when refined.

One handed , two handed , bow and arrow , crossbow and bolts and even magic combat!

There is so much to do and so much to see , discover and even uncover!

Stay tuned as you will see so much advance , get better , get bigger and refined.

Swimming is a huge part of the game as it adds a bit more depth and will also get better with time.

Hope you enjoyed this preview.
Please subscribe to our youtube channel to get all the new updates and also please give a like as it helps grow the community and support all the hard work we put in to all of this!

Have TLL turned into its own 3D game?

What engine are you using?
Also, why?

Edit: I read unreal engine above so I got that answered
Last edited: Aug 4, 2022

If you made this into a tibia server like the old TLL, shit would have been the dopest server in many years.
Shame you went into the 3d path, but good luck anyways Hope Yngwie comes back to play lmao
F

MC Kresha said:
If you made this into a tibia server like the old TLL, shit would have been the dopest server in many years.
Shame you went into the 3d path, but good luck anyways Hope Yngwie comes back to play lmao
Click to expand...

They did and unfortunately there wasn't much interest. It also was hosted privately a few times, once again. No luck. Biggest complaint? "There is no wiki and i dont have time to check everything"