What makes you say you have to afk train to explore? I haven't afk trained and I'm level 47 having a blast.
S

Slatera said:
What makes you say you have to afk train to explore? I haven't afk trained and I'm level 47 having a blast.
Click to expand...

Yeah, skills matter but alot of content to enjoy even solo with low skills 🥳

Garbage ot, the GM has no idea how to balance anything don't play it
G

Spray said:
Garbage ot, the GM has no idea how to balance anything don't play it
Click to expand...

ots is good u seem like a hater but it's ok, i still love you

the ots has lots of potential
100% recomended to players that like to explore and rpg
There was small mistakes from staff but they’re learning and improving how to deal with players
It can only get better from here!!
And add something good to the store, this ots need money and something to make up for all t)3 morons spamming you
D 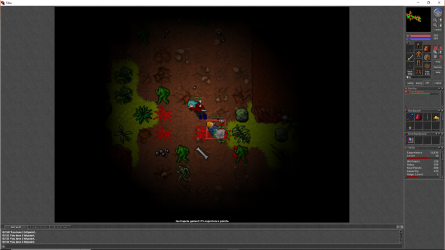 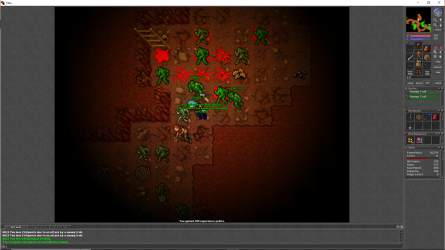 Very fun OT that I've had a blast exploring. It's given me back some of the magic from when I first started playing tibia with not knowing what's down certain holes, finding quests in the most obvious but not obvious places, finding spells from quests and monsters bring joy to hunting various creatures and the map is very well mapped.
My size is currently 1,200kb so I've done a fair deal of exploring and enjoyed every second of it. There's always a fun secret at every corner.
S

what a suprise the ot died aleardy

what do u expect with .ddns.net homepage and exevo exeta res dancing hur spell
S

The thing is that this server can be very enjoyable solo or duo played. Dosen’t really matter with big online Numbers since it’s all new and great content. So ”dead” server only if it’s offline. Which it is not.

All the haters on this thread just go to show that this server is doing something that causes envy in them. Keep up the great work.
OP
OP

Due to popular demand from our playerbase, Zenith will relaunch as “Zenith Beta” on October 1st @ 11 AM EST. It’s no secret that the original launch of Zenith was a rocky one. However, over the past few months, we have continued to work hard on the project, and we believe it is now in a much more stable position. Zenith now requires an encrypted client to play, which discourages or even outright stops unofficial macro use. There are no major bugs to abuse, the balance of the game has become much more stable, the lootrate and equipment scaling have been refined, and the game mechanics are running smoothly. Although we plan on relaunching the game with an official start soon, our team and community have decided an intermediate beta phase is the best option in the meantime while we continue to perfect the project.

If you played Zenith before, we encourage you to give it another try and see how much has changed. The past few months have been a huge learning experience for us on the Zenith team, and we have continued to work on this community-first, entirely free-to-play project. Check below to read about all of our updates since the initial launch.

The beta will be very similar to the upcoming official launch, with just a few beta-specific additions to keep things fun and encourage players to come check it out. Among these include a higher exp rate, no item loss on death, custom events with Azure rewards, and a few other exciting twists that won’t affect the core game. Hope to see you all there!


--- Update Notes ---​
Quite a lot has happened since the launch of Zenith! There were some growing pains as we faced unexpected challenges, but we feel the game is in a great place now.

Here is a brief overview of the changes we’ve made:

“Class” Balance
Melee players were clearly the strongest class at the launch of the game. In order to even the playing field, the following changes have been made:

Training
Going forward, the summon creature spell will no longer be learnable in-game. Being able to summon monsters to train on anywhere encouraged behavior that we ultimately felt was antithetical to the type of RPG environment we want in Zenith. Going forward, players will need to be creative to train; finding monsters that heal or utilizing convince creature runes on wild monsters and then bringing them to a desired training location.

Spell shield
In Zenith, there is no manashield (utamo vita), and energy rings have a very short time limit (20 seconds). Without manashield, mages’ survivability was very poor. We did not want to introduce manashield due to how broken of a mechanic it is, so our solution was to design a new spell called spell shield. As the name suggests, players who cast this spell will take decreased magic damage for a period of time. Both the amount of protection and the duration of the spell depend heavily on the player’s magic level (*note: tank/melee players are unable to utilize this spell as they are already naturally tanky, and ranged players are only able to gain marginal benefits from this spell as they have more health than mages).

Bugs
There were admittedly more bugs than we had hoped for on launch, but we have been working diligently to fix everything as it has been reported. We have fixed dozens and dozens of bugs, big and small, ultimately making gameplay smoother and more enjoyable for everyone. For a full changelog of bugfixes and patch notes, check out the discord or website.

Client
We recently released a new client that is encrypted and unable to be modified. This will combat macros and bots, and outright prevent players from using their own versions of OTClient. The new client also features an auto-updater for a smooth update experience. Due to its lack of security, the CipSoft client is no longer available.

Website
The Zenith website has an easy-to-navigate library of items, spells, monsters, but no quest spoilers. There is also a very useful “getting started” page that we highly recommend all newcomers take a look at.

Content
There has been quite a bit of additional content added since the initial launch of the server, but here are some noteworthy things I’d like to highlight:

Our dedication to Zenith remains unchanged: we are here to provide community members with a server that is unique, fun and most of all, free. We do this because we have a passion for it, not because we are trying to make a quick buck. Whether 100 people or 2 people are interested, we will keep the lights on at Zenith.

So, if you played in the beginning and left because of bugs or imbalance, come back and see how things have changed. If you’re just learning about Zenith for the first time, head to the website, download the client and play today! This intermediary beta stage is not permanent, and once we are confident that some of the aforementioned balance changes are exactly where they need to be, we will move away from “beta” and return to an “official” state with a death penalty and lower experience rate.

Good luck with the reset. I think this server is great - it's genuinely unique, there's so much creativity in the map, sword+axe+club are actually different. The monster spam patterns feel poorly programmed, but at least they add some extra difficulty.

@Crevasse what about restart ?

This ot have a lot of potential.

This is the best Tibia server i have ever played. You can enjoy this server as a duo
S

Just gotta agree with how unique this server is.. we played duo/trio all the time and had a blast. Put down a lot of hours and all of them was great !

Yea, i agree the server is unique, and i think restart is nice idea