What type of car do you drive?

Now that most of us are much older now, what are all of you driving around in?

Im personally rolling around in an 05' Infiniti G35x AWD (I make it RWD during the summer by disconnecting the front power control) - just spent over $3,000 these past two months rebuilding it and now its ready for lowering springs, air intake and a muffler delete. As well as I am painting her white and putting black seats in it within the next few weeks. Last but not least for the cheap mods, I'll be throwing some stock g35 coupe rims to spice it up a bit - because right now it just looks like a grandpa car from certain angles, but she riiiiips.

This is the car now.. 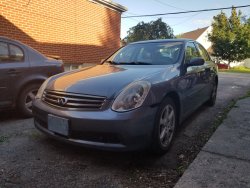 This is what I hope to make her look like over the next few months.. 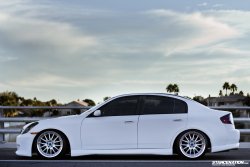 So yeah, what are you guys rolling in? 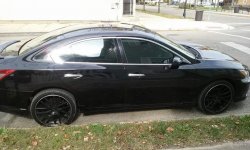 before that one i had a red nissan maxima 2004 for me it is the best cheap car, beatiful exterior and interior with no doubts after the model 2004 they are awesome trust me

I daily drive 1997 Ford Focus that i got free from my sister, its a real piece of work but it drives me from point A to point B with very low costs. I am building a 1993 5.2l Magnum Jeep Grand Cherokee as a project, i have 1986 Subaru Leone as a rally car with racing harness and roll bar, i got 1982 Subaru Leone hatchback that is super nice but waiting on restoration, and my main project is 1981 Oldsmobile Cutlass Supreme that is waiting on some money and some love that i don't currently have.
I generally have this rule of thumb that i never get a car from this century, ive had around 10 cars in my life and none of them have been made past year 2000. In my opinion they stopped building cars since 2000nds.

To make it a bit more interesting, the left image is my first car when I was young. The right is my current vehichle. I drive a 2017 6.7L F250. Ideally I would like to get a 4 inch lift on it and put 37 inch tires on it however, I've got other expenditures that are taking up my money. Gotta love raw Diesel power

I used to have a 2000 chevrolet corsa wind, but it was stolen when I was taking my mom to the hospital: and this is my future car: I whore myself out for likes

Rusty old bike accompanied by a very wobbly back tire and breaks that don't work for shit.

Evil Puncker said:
I'm so happy for you guys to live in decent countries where you can have any car you want and not be afraid of being robbed every time you leave your house

I used to have a 2000 chevrolet corsa wind, but it was stolen when I was taking my mom to the hospital:

and this is my future car:
Click to expand...

In the US I live next to the murder and crime capitol of our country. Also, 5 blocks down from where I live is a trailer park as well plagued by drug addicts. Always carry a firearm. Self defense is key. I'd rather be judged by 12 than carried by 6. 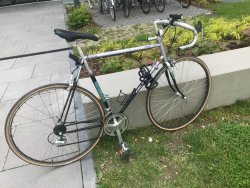 Definitely! Germany is beautiful, I would ride everywhere on bicycle too!
OP
OP

Of course, you win actually.. you dont have to pay insurance or gas

Extrodus said:
Of course, you win actually.. you dont have to pay insurance or gas

only to buy special deodorant

This is what i drive atm, nothing special at all. But its taking me forward xD
VW Golf 2015 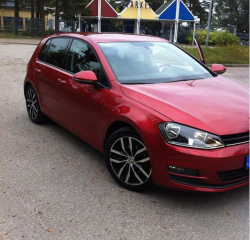 This is what i want to drive in the future.
Mercedes AMG GLC 63 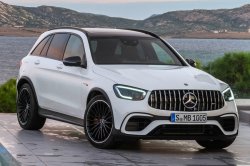 bybbzan said:
This is what i drive atm, nothing special at all. But its taking me forward xD
VW Golf 2015
View attachment 47666

This is what i want to drive in the future.
Mercedes AMG GLC 63
View attachment 47667
Click to expand...

First car I bought was a 2005 Lexus IS300! It was automatic sadly, but considering it still had paddle shifters and how rare manuals are, still tons of fun to drive it. Loved that car so much until it got into an accident... Bought it stock and over time added some upgrades. Tint, coilovers, wheels, intake, and blast pipes. I miss it </3 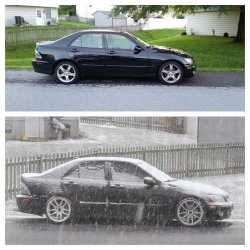 After I lost the IS300 I finally found a good deal on a 1998 LS400. Not as sporty as the IS300, but a super comfortable car that can look pretty nice. I've only recently picked it up so i've got a lot to do with it still. Currently I added some chrome wheels and a custom dual exhaust. It definitely needs coilovers and tint. 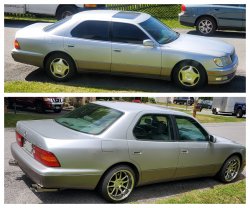 I drive Toyota Prius C. I have no decent images right now. I DO except my friends are sitting in the car acting crazy.

I just switched to a 2020 GMC Denali Duramax like 7 months ago... just put bigger wheels on it but not looking to do much to it. Hard to tune my diesel engine since the new ECM’s are so hard encrypted.
Used to have a 2018 chevrolet 1500 high country
And before that i had a 2015 chevrolet silverado1500 ltz 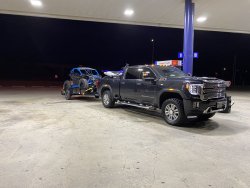 And my full send toy 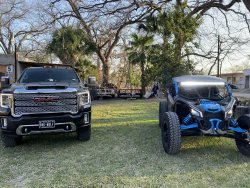 Dude who does stuff 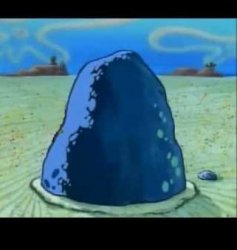 The pioneers used to ride these babies for miles... 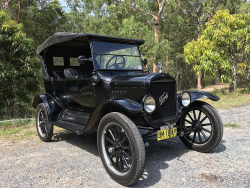 My Zafira <3 Photo taken from internet, but looks identically. 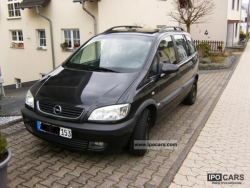 When making a server, don't forget what got you into Tibia
2

Guide me to create an operational OT server