Attention to the thief - actually discord is ChinOt#3983

Tibia launched a new island a while ago and we don’t have an updated track at the moment, so I looked for a mapper and I found one in my discord, but I don’t remember where I got his contact from and there was no msg in our conversation.

The first time he even made an island cave (small) and I had paid before, because the mapper kept saying that he needed to renew the internet to be able to download the video that I was recorded (I didn't believe him but as it was a small value, I paid anyway).
After the first map was made, we went to the second part of the island, he asked me for 250 coins, I offered 150 before and +100 after, but he arrived saying he lived in Venezuela and was out of food at home, and that situation touched me, so I decided to send the 250 coins first for him to make the map. He said he was started the map. A few hours later he was asking me if I knew a good host for OT and I gave him some tips, right at night I decided to ask about the map, and to my surprise (not so much surprise) the ass* had blocked me lol.

This is a warning for those who have his contact, it was DevMapper#3983 and now is ChinOt#3983 Ps. He deleted the messages that said he needed food in RL and messages regarding the coins.

The value was little (250 coins) but it is worth exposing his nature. 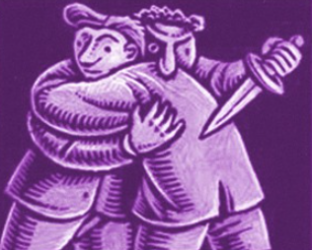 why would you believe something like "out of food", no one who lives there will say that because everybody knows whats happening there so why sending it before when its some unknown shit mapper...

"but he arrived saying he lived in Venezuela and was out of food at home, and that situation touched me, so I decided to send the 250 coins first"

Sorry but your own fault
E

I don't understand what's wrong with you guys. That's a completely ordinary thing. Always when I pass by the train station someone hits me up and asks for some tibia coins to buy food (I know they'll buy some beer instead).

Regardless of how strange these explanations sound, thanks for your input. Maybe it will help someone to avoid issues with this guy in the future.

Well, you got scammed and hopefully learned from it.
I see it as very positive behavior to share your story. This can only be dealt with by educating blind people and share those kinds of stories.
Sharing his name/discord tag is something I see as questionable though. But that's a topic for another day.
Next time you talk to him, can you ask him where he buys his food please? The stores here always look at me weird when I ask them if they accept Tibia Coins.
(lel OVH cheap. I still don't understand why it's the only recommended provider here. This is not even their target group. Also a case of blind trust in random people on OTLand by the way.)

R
The reason why tfs is delayed: we let the great programmers goes away
2 3

Favoritism and inequality on Gunzodus Server.

What is new about otservers?

Monster that rains items around you