Welcome to Xerazx-OTS 2021 Reborn - This is the very first time we reset Xerazx-OTS in 10 years; together we grew, in this game server a lot of emotions we have expereinced. Leveling up, battling, chasing both glory and victory, and definitely made friendships that lasted for years! With this reborn to our beloved server we would like to reconnect and spark the best of our memories on Highexp. We did our best to update the server, expand its content and add new features but without changing its identiy or making you feel that you are playing a different server, we loved this formula of Highexp which made it last for 10 years! and in this patch we are bringing various changes to the game, new content. Our objective is to enhance and polish the game into something that is self-healing, self-competiting, and continuous challenging game-world, either on the PvP side or the other game content. Strength Points is a new attribute that each character on Highexp will be carrying, it contributes to how powerful is your character in terms of damage dealing; side by side with your reborn strength points will determine how much power does your character have. Strength Points can be looted with random chance upon the following: dungeon completion, killing of certain bosses (list will be posted on website), from certain monsters hunting, from hidden treasures across the game map. While we will keep it mysterious how many strength points exists into the game but we can assure you that there are enough points spread across the entire game map. Dungeons are new feature in Highexp.net where you will expereince a specially prepared zone with monsters, bosses, and secrets prepared for you and your fellow team. A dungeon can be played with minimum of 2 players and maximum 5 and has a cooldown of 6 hours, you can do maximum of four dungeons per day. Inside the dungeons you will face monsters which are scaled to your team's strength.


What rewards do I get from Dungeons​

The monsters inside of dungeons and bosses have a chance of giving you a strength point on death, some dungeons on completion can give you random unique outfits, mounts, and rare items, you also get dungeons tokens from each dungeon which can be used in Dungeon's shop to get exclusive in game powers such as weapon upgraders and pets, the shop is located at Heaven's city depot last floor.


Where I can find Dungeons to play?​ Xerazx-OTS is a highexp kind of server, at the start of the server your journey begins with a x99999999 vibe where you spam spells against hundreds and hundreds of monsters such as Troll Champion to level up your character, as your character matures into the game the RPG aspect of the game contnet is revealed to you where the x99999999 vibe gradually fades and you are faced with significantally less yet stronger monsters such as "Lost Dragon"; the monsters killing spree is a feature that has two stages, at the early stage of the game upon killing squishy monsters such as Troll Champion in less than a second a new patch of the monster will be respawn in front of you, and for each monster you kill you will be stacking a number on top of your character declaring how many monsters you have killed in a non stopping manner, as you continue driving your momentum of killing monsters the number increases till the momemntum goes away if you stopped killing for certain amount of time, and you get rewarded with expereince that is based on the score achieved during the killing spree of monsters. Furthermore, there is a Monsters Streak Leaderboard showing the highest score a player achived during a killing spree for each monster in the game. Stronger monsters later in the game have less chance of being respawned as often as squishy ones but the same system applies to them of both bonus expereince points and killing spree scores. In this update we are bringing a new set of limited pets; The Super Pets are special type of pets which is very powerful, attacks very fast, and smart. The Super Pets can be earned through Dungeon rewards and later on they will be added to more places in the game such as event rewards. Once you have found a Supet Pet item you can use it and it will summon you its relevant super pet, the item will be removed once the pet is summoned, so make sure to use your super pet wisely. The pet also heals itself very frequently to avoid dying easily. Our unique Pet System received a significant rework where all the pets inside the game have been buffed to match their rebirth stage, pets will be stronger, smarter, and attack faster. We are bringing new set of game leaderboards to highlight top players in various aspects of the game; at the beginning of every month the top player on below lists will receive a random reward.


Special thanks to the amazing community of Xerazx-OTS, Highexp.net for the continuous support you gave us over the years and we are very excited to reborn our beloved server. We are here and antcipate more continuous updates.

Thanks for tuning into the Xerazx-OTS Summer 2021 Launching News. We looking forward to seeing you in the game. For any bug reports please post them directly into this thread on our forums. 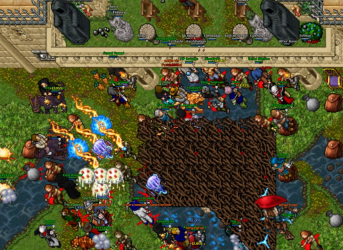 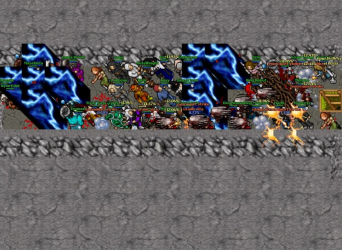 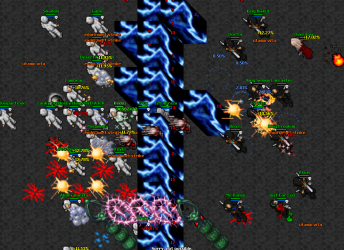 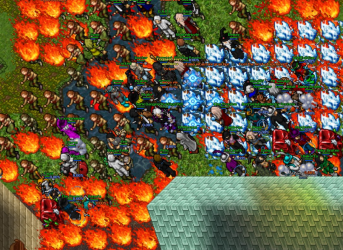 Bad otss with many bugs, admins are inactive and baning people for no reason.
OP
OP

They just hired creative director, and he is stealing ideas from other servers loool
And there's no helpful admin at all and many bugs, even the helper abused it

Why do you think players are toxic? Maybe because the admins are not doing well or there's many bad bugs lags and bad staff members???
Last edited: Aug 1, 2021
S

I would teach yu everyday ;)

very unprofessional staff members, the server crashed for 14 days straight, they don't give a shit about the non-donator players, they are doing their best to force the players to donate, nerfing events daily to give shit rewards, staff accusing players of being botters (without any proof) and jail them (cuz they are not donators), very poor features most of them are stolen from another server (nothing really unique), not recommended unless you're a donator and willing to spend more $$ then the staff will care about you and ur opinion.
B

First impression the launch was terrible extreme crashes/lag spikes every 5 minutes, next 2-3 days still laggy as hell.
No content whatsoever all they did was steal "Strength point" aka "attributes" from @Evolunia and even took the orb system from evolunia ( 2x damage, 2x exp, extra exp) stole map from other servers.

Now lets get to the shop to buy the best weapon ingame you'd have to spend 40€, 100€ for the whole set.
Totally pay to win style i thought they'd learn something from their terrible "10 year experience"

Bugs and how they deal with them
They're still facing major bugs that are supposed to be something common, for example for some reason they just removed exani hur commands ( said it was a bug ) and its still not fixed for almost 2 weeks
Dungeons weren't working the first 2 weeks because of bugs
Events were bugging E.g zombie event everyone becoming immortal and event goes on for hours
Guild war event wouldn't start ( totally useless event )
You'd get 6-7 debugs randomly
You'd have castles that teleports you into other player's castles
Monsters are so bugged their movement is really bad
P.S they claim to give rewards on critical bugs but they rarely give anything.

Staff members
Right of the bat i noticed 70% of their helpers are either abusive or toxic.
Super inactive admins
New creative director that bans players for joking about having Pushmax
Hann Just For Fun Selling pushmax bot. 34 minutes and 49 seconds ago
Banned a completely innocent person for joking around without any proof.

Their hunting system is completely messed up, on 800 rebirth you had tasks that gave you 40 mdc which is fine since you rebirth using them, but after reaching 850 reb tasks give 5 mdc ( have in mind you spend more mdcs doing the task which is stupid) then you go on to higher rebs and task only gives like 3-5 mdc and some useless experience.
Only 2 spawns ingame are being used from 1100 to 1500 imagine 20 players trying to hunt in 2 spawns that is made to carry 1 player.
2 Teamhunt spawns that are completely useless nobody even uses them.

"New bosses and hidden quest"
Big lies bosses were unavailable most of time, no hidden quests at all.

Dungeons are so useless you dont get exp doing them you only get shitty reward after 20 minutes of doing it.

"we loved this formula of Highexp which made it last for 10 years!"
Server was dead since 2017 and there were 0 new players coming in thats why you restarted it, took you 10 months to work on it but in the end you stole from other servers and made it even more dead.

I give this server 2/10
Hard to find english speakers & worst staff team ever with laziest fixes, tons of bugs that made it so boring to play.
OP
OP

Zire said:
They just hired creative director, and he is stealing ideas from other servers loool
And there's no helpful admin at all and many bugs, even the helper abused it

Why do you think players are toxic? Maybe because the admins are not doing well or there's many bad bugs lags and bad staff members???
Click to expand...

I have zero lags + most bugs are fixed within 1-2 days
Click to expand...

Are you playing a different server?
server is nothing but lags and bugs.
S

As for OTS, i will check it soon, played it quite long time ago and it was ok.
B 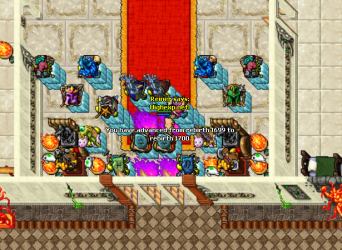 Join highexp.net and have some fun with us!
S