I've been working on an underground cathedral for the last few days since the new year. The main structure is finally completed and when completely done it will hold mid-/high level monsters and a challenging quest. 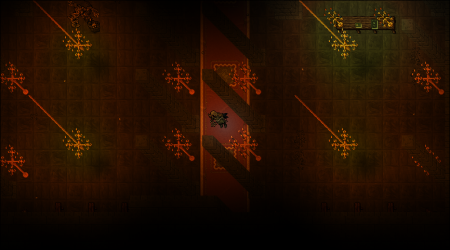 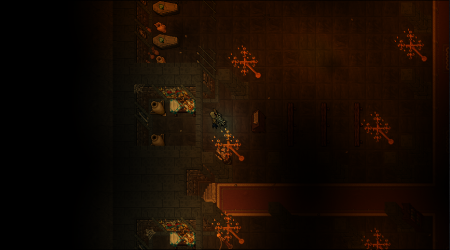 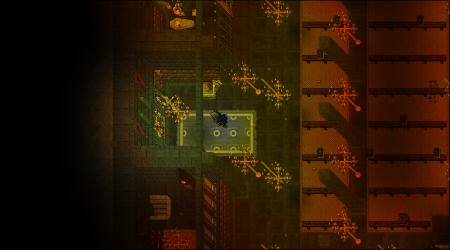 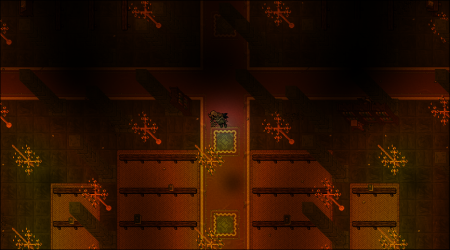 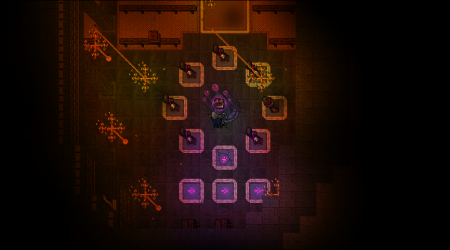 Mackan™ said:
Here's my submission to the December mapping competition, which ended up in 3rd place. My thought behind it was a village that had been struck with a plague 1 year ago (theme: 1 year of the plague), which they're now trying to cope with by keeping distance from each other, wearing masks and keeping themselves informed while trying to keep up most things as usual. The burning coffins are a thought from the limited space of the cemetery creating the need to burn the deceased instead. I started out with the muddy river which I then built the theme from, I incorporated a rugged landscape as to show that they hadn't been able to focus on landscaping and keeping their village in good condition. I also thought of a fortification to keep out outsiders that would worsen the plague (which at first was a large tower that I wasn't satisfied with that ended up being reduced to a lookout instead). I first thought of adding deceased to carts, which I then thought that after a year they would have at least started to get on track with removing the disease-filled corpses from carts and give them a proper end, at least in this size of a village. I also decorated interiors in the houses, which I then decided to leave out because I chose a full view of the village instead.

I would like to thank everyone who voted for my submission and hopefully liked it as much as I do.

This area will be slightly modified and then incorporated in a future area in Therran (as to not waste it).

(Btw, @Gilgamach called his opposition a Ferrari, a Porsche, a Lamborghini and an Audi. I hope I was the Lambo since that's my favorite of those )

you cant imagine my level of jealousity. great work.

@Magnetico check that Candelabrum Idea , you asked me Dec 15, 2012 how it could look.

Who says shark's doesn't live in rivers in Tibia? ;-)

I think it's time for another image. I haven't mapped much lately, but yesterday I was challenged by @Andréew to revamp the YurOT HOTA-quest shipwreck. I did it using transparent water and a mix of custom and tibia sprites. This is the result: 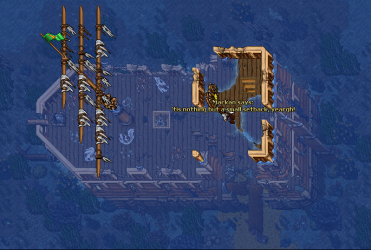 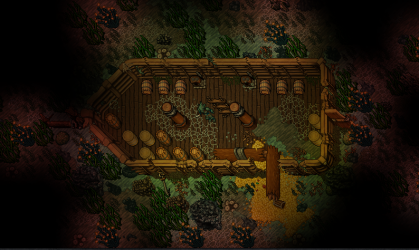 What it's based on: 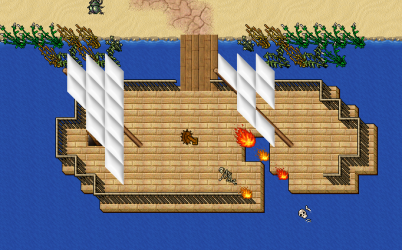 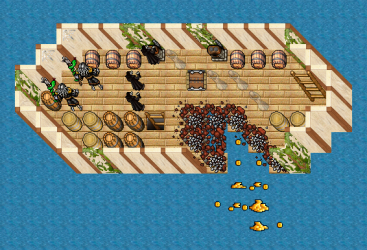 And you absolutely killed it! This is so fucking sick! I love it mate! Wow! Just wow!

Have to agree the before picture looks a way cooler!

There seems to be some boat in your water
OP
OP

One day I saw a strange boat at the shore when I was out walking. I decided to step on it and as soon as I got on it it started moving by itself. Through the dense mist I saw some kind of structure in the water. What was this large wall in front of me? the boat took me to a place where I could climb up ruined parts of the wall. This was a really strange sight. It was like a huge fort in the middle of the ocean! At first it seemed abandoned, but I soon found out that it wasn't.. Word! Therran.net is some of the most impressive OT mapping and storytelling I've seen.

@Mackan™ where can i get this floor?