I'm pleased to announce that on Dec 17, at 6pm we will be launching first ever BETA Tibia 3D server called "3Dragons" (as it tells story of 3 feuded species of dragons). We took a completely different approach from most of the servers and decided that first edition will be completely FREE TO PLAY. We're not going to charge anyone for anything, until players themselves will not 'testify' that the game we've created is stable, pleasant and robust enough (we assume it will take couple of months).

We will be accepting volunteering donations, however. These will not give you any real benefits in game, but will get you a special rank on our Discord channel, some new shinning look in the game and unique items (worthless in terms of a tactical value in game).

There were a lot of rumors about Tibia 3D in the past. I estimate that approximately the same amount of people heralded potential success to the project as in oppose to the other half, claiming it's going to inevitably kill Tibia's "old-school" climate. We are a group of developers who played Tibia in the past. We've heard all of that before, we've been there. With the new technology that is currently within reach of our hands and 15 years of professional experience we will try to convince you you should give it a try.


What is 3Dragons really?

In fewer words ever: it is a remastered, 3D, modern version of Tibia game enriched with a couple of new systems.

High level road map:
What can you expect at a start time?


Should you have any comments / questions or concerns, please do not hesitate and reply to this post down below.
Last edited: Dec 8, 2021

wow @RonIT this is other thing, i like your project, good luck mate my best wishes. 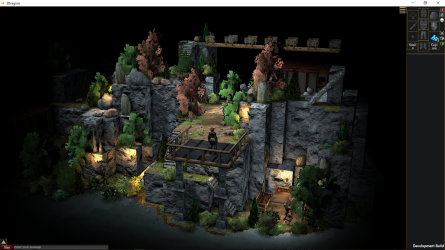 Tested it out for a bit. It would be nice if you could adjust the sizes of text chat for example, it was rather tiny. NPC was speaking to my only in polish and not english. Lastly it made my computer overheat (I tried to lower the FPS, but it would only do uncapped FPS or fixed 60)

Wtf, this is amazing
OP
OP

This is true, we're still before "optimization" process, however it should work fine on most of the computers even now, delivering decent number of FPS (that's true, in some cases it might cause some extensive CPU/GPU heating).
Last edited: Dec 18, 2021

Guys, I want to bump this thread as we will be launching second edition of Beta tests on March 18th. There will be one more edition before Official Server Start.

Tibia 3D - what graphical theme would work the best?