well guys, some days i'm trying to make a compiler,
follow the VCPKG tutorial.
And before doing STF-SDK-3.2 or 2.0
.
At VCPKG i was adding some libs that were missing was GMP.
but i’ve been researching, lib doesn’t install without "Yarn" before.
It also didn't work. then i ended up downloading a lot of stuff that reached 30Gb of my HD. and nothing like that. the scheme with #include <lua.h>
I had to put it back because i was giving another error, and i had included his lib.
I also changed the GMP to PMIR. unsuccessful, sometimes the externs fix it, but when it comes build.

And at that stage it was the least mistake. 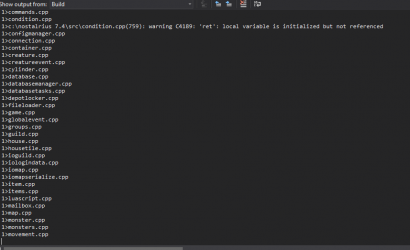 already tried to do for 86x gmb did not work, which lib will be missing? 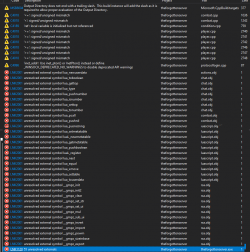 I appreciate if someone tells me to give up, because i'm going crazy, i'm a fan of 7.4
but i wanted to make it more balanced, so i have to compile it, because i'm learning C ++ and maybe i need to augment or edit it. i thank.
Sort by date Sort by votes

Which server are you using?
Upvote 0 Downvote
OP
OP


ayusutina said:
Which server are you using?
Click to expand...

If its dude, i had already checked everything, there is no 64x gmp for win10.
i have already made changes to the lib using mpir instead of bmp. in the end, i gave up trying to compile it and sent Microsoft Visual Studio to hell. i'm going to use the Code Block now and try to see what happens. if don't format my pc and put Linux. because microsoft has only one bug.

if you have an idea to download and include the lib of almost 10gb, outside VS about 30gb
Upvote 0 Downvote

Help me. compile this for me?