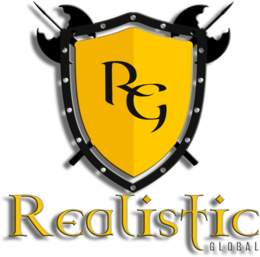 Hello for all community of OTLand!

We present to you our new project, Realistic World Battle!​
WHAT'S IT?

It will be a new world with three different and interconnected hosts, these being Brazil (São Paulo), United States (Virginia) and France (Gravelines).

HOW WILL IT WORK?

The three hosts are connected to the same database as one. The idea is to attract the American public (south and north) and European. This will attract more players and more teams to our game.

The transfers between hosts can be done within 24 hours, through an NPC located on an island that will be accessed by the temples of each Tibian city by the NPC.

The highscores, online players and website will work as one. This brings the content of only one Tibia world, but interconnected in 3 different parts of the real world, with larger players.

BETA will be totally free2play, everyone will be Premium Account, all outfits and addons will be released, and runes will be selling by NPC. The goal is to get players to test our service and have fun, helping us to collect possible errors before the final release.

The BETA phase will be HIGHRATE with a duration of approximately one week, and from there will come the final server release date after the project's viability has been succeed.

All those who play in the BETA phase will get an unique outfit for the official release, which cannot be get by new players as a thank you to our team.


On our first world, Ancestra, we got 500 players online, and ALL of them has something good to tell you about Realistic. It's online for 3 months.

Realistic is RealOTS (7.72) based server, it was made, initially, with a custom source engine that interprets the leaked cipsoft virgin files ([7.7] RealOTS 7.7 Cipsoft files (virgin)), and the real Tibia global map from that time.

No, Realistic has only the NPC's unchanged, the game aspect try to mimic a 7.4 Tibia server, with all the features of this Tibia version and some custom aditions.

Which 7.4 features are that?

All that features try to get the most similar features of 7.4 Tibia:

And what's are the custom features?

The custom features are added to increase the gameplay ability and make the game more dynamic, merging the actual Tibia and the old Tibia:


How does the task system works?

The server hunting will be encouraging players to do group hunting and task huntings.
The task system works with daily and normal tasks. The daily tasks can be made one each 24 hours, will be few monsters and each day different monsters with different rewards.

The normal tasks are the common tasks that we see on the most servers, but they can be repeated.

You can do a daily task and a normal task at the same time.

Task points can be used to trade with NPC's for items (in the future premium points stuff), that will make the server don't have difference with people who pay for play and the free players.

Task rank experience will advance you on rank system, the ranks are:

Your rank will be showed on the player look (You see Daniel. He is a master sorcerer... Adventurer Rank: First Class Hunter), and you will be able to hunt in new places, talk with new NPC's depending of your rank.

Each rank allows you to talk with a different NPC. We have 3 kinds of merchant NPC's that buys from bargage items to high price items.

How is the map?

Here are some screenshots from our hunting places. Their were made by a professional mapper (the best), increasing new hunting places and quests.

​
What's the server rates and information?

Will be a high rate one week server.

We are using an edited smooth version of OTClient with a lot of feautures:

When it will be launched?

The launch will be 25 september, 18:00 BRT, and BETA will be alive for a week before main server launch.

What about server protection (DDoS and rollbacks)?

Our plans is get an accepted and stable server for our community. We know that if we get big, a lot of people will try to stop our growth. BECAUSE OF THIS WE MADE A PARTNERSHIP WITH ProGDN company.
What is ProGDN?

​
ProGDN is a Exitlag company (old called TibiaTunnel), that offers you THE MOST STABLE CONNECTION trough proxys system for Brazil, EU and US.

ProGDN made an edition on our client to work with their system that consists on proxy servers that connect you on our server trough their system. It has a launcher that will find and optimize the best route for you get the lowest ping possible for your network.

The system work with multiple connection, and if we get DDosed in one of this connection, it will transfer the connection to another server automatically and instantly, avoiding you to get disconnected from game.

It's why we belive on our server, and our diferencial, It's the only server that has this tecnology, because the cost of this service is absurdly high, and cannot be paid for lowend companies.

We also got a antirollback and autobackup systems to avoid losing data.

We are doing the best. Leave your comment and your suggestion.

Best OT I ever played.
OP

Cjaker said:
Best OT I ever played.
Click to expand...

You are the best!

3 server in one
excellent server, i will play for sure.

We are working on a new concept @Gekkerd , since we had success on last servers, getting around 500 players online

@lord xavy are you talking about continent transfers?
its a beta, we are defining and deciding about all systems. it's like a test, everything here is changeable

btw, this transfer period will not be so high, because we want to pass an experience to player like he is playing just one world, not splitted on 3 differents hosts, do you undestand? its why transfers will have low cooldown.

the transfers will be made by a npc in a island that can only be accessed by temple npcs, called destiny island. everything of your character goes with you, instead houses.

Oh I'm not talking about Cipsoft sprites (using them is pretty obvious), but about other ots - I can recognise monsters from Medivia and Altaron.
Also for anybody who is wondering if it's worth giving this ots a shot (like I did a moment ago), here is thread from couple of months ago:

Hello for all community of OTLand! Today we wanna talk about our new project, called Newera, a new world on Realistic. Our only goal is make the best Open Tibia Server for community of oldschool (also newschool) players, focused on PVP skills and RPG like Tibia used to be. Newera will be a LOW...

i'll be there, nice project
and dont care about idiots like @wild345 saying that are stolen sprites, medivia and others stole tibia sprites, its our world and like u said hypocrisy

Both Medivia and Altaron have fully revamped their sprites and I don't own any ots, so you should stop using worlds like "hipocrisy", if you don't understand its meaning.
K

The requested URL was not found on this server.

Pretty bad server, tryied playing in it its not good at all, don't even bother wasting your time

twengly said:
Pretty bad server, tryied playing in it its not good at all, don't even bother wasting your time
Click to expand...