Welcome to Dawn a production of Dusklight.org

The server is currently online as TESTSERVER until Friday 2022-01-28 when we will start the real adventure, make sure you join discord.


Dawn is a 7.4/7.7 server with a system we call Ascension
What is Ascension?
It's the further development of the Capsule System we created end of last year. (Read below @ Quick Backstory)
2006 CipSoft got hacked and the server Zanera got stolen, all characters at the date 2006-05-22 got frozen in time essentially.
At our server you can choose to play normally, just level, do your thing.
But you can also choose another path, to Ascend.
Ascending comes with high-risk but also high-reward.
Upon reaching level 10 you are able to Ascend, simply login to your account page and hit the ascend button next to your character name.

Carefully read the description of what will happen 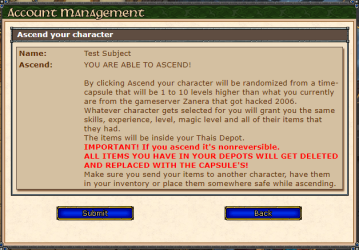 When you hit submit the system will at random select a character that is 1 to 10 levels higher than what your current level is.
You will keep your name, house and inventory.
Your depots however will get reset and whatever capsule character you get randomized will have their inventory, house & depots imported to your THAIS depot.
Your character will also ascend into the time-capsule character you get selected for you.
You could get a level 11 sorcerer, 15 knight, 20 RP. There is over 30000 characters in total spread across the levels of 8 to 152.
Anytime you ascend you will get a requirement of reaching 10 levels higher than what you end up as.

Example, if you ascend from level 10 to 11, the next time you can ascend is at level 21.
You can login to the website and hit the ascend button at any time to see how many levels you have left before you can ascend again.

You are never forced to Acsend and there is no requirement to ascend at a certain level. You can ascend as long as you've taken a minimum of 10 levels.

Quick backstory:
January 1st we started up Zanera with the CipSoft engine and our unique system of capsule characters, highly appreciated, provides a lot of fun and excitement.
But we quickly discovered that the amount of characters at higher levels were limiting the server.
We attempted a different approach with lower increments in the capsule system.
We started developing a new system we decided to call Ascension.


Zanera remains online for those that wants to try out the capsule system on real CipSoft Engine.
You can read more about that here 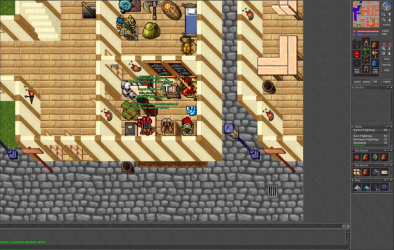 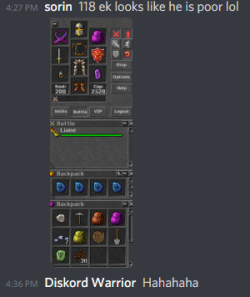 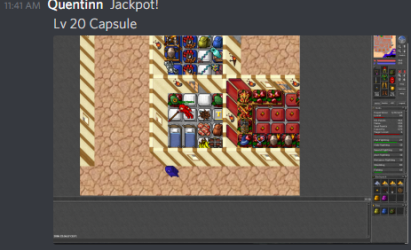 Please join the discord for any questions you might have!

I am so confused as to the purpose of this ascension system.

It just seems weird and unnecessary. Like is it a kind of metagame where you make multible accounts and try to high roll to get a better new account?

Skykes said:
I am so confused as to the purpose of this ascension system.

It just seems weird and unnecessary. Like is it a kind of metagame where you make multible accounts and try to high roll to get a better new account?

I would say that purpose is that it's extremely fun, join discord and see what people said already. It's high excitement for when you previously opened your capsules, now it'll be ascending.
It aint a war server no.

You can make account sure but it won't really help you as you are gaining a character that is 1 to 10 lvls above you and then you need to level 10 levels before you can do it again.

You also have no clue what you are going to become which makes it risky.
OP
OP

Game started, do not forget to launch the proxy [proxy-europe.exe] it has the proxies and will automatically select the one with the best latency for you.

This server is alot of fun. I really hope to see it grow! The ascension idea is really addicting

There are only a handful of us playing right now, but we all actively chat and help each other when we are on. Server just launched a week ago. Really fun server, hoping to see some more people join. Its typical 7.4, with exp stages (but not extreme).

The selling point is their unique "Ascension" system. So: Starting at level 10, you get your first ascension. You log out, go to the website and click "ascend" on your character. When you log back in, you get the character attributes/vocation of a random character pulled from old school Zanera within 1-10 levels of where you currently are. You also get all of their gear from their house/DP sent to your thais depot.

You still keep your character and house, you just get their stuff, and inherit their vocation and skills. Its an extremely fun system in my opinion, and I've never seen it done elsewhere.

Once you ascend, you have to get 10 levels on your own from that point, and then you can ascend again. So as an example with my main:


I've had a string of bad luck with the ascension, but the last one had awesome gear. Some other people have had way better luck. The cool part is that as long as you clear your dp before you ascend, you keep ALL of your previous stuff gathered from ascension, plus you get all the stuff from the random new character, but still keep your identity. And, youre not forced to ascend, purely choice. So, if you get a char that has like super high skills and your preferred voc or something, you can just opt to level it normally. Its addicting.

Will I get some rich rune makers stuff next, or will I just get a noobs stuff? Will I turn into a rich pally 10 levels higher, or will i get a crappy knight next?

Hahah Its an extremely fun concept. Im sure the server would grow substantially if people would try it out, it just sounds confusing, but its really not once you try it. Thats why I typed all that. Hahah

Hit me up if you want some starting gear: Mikeh