Welcome back to yet another OtLand Official Mapping Competition.

The entrants shall remain anonymous until the voting stage has concluded.

Remember: The prize for the winner of the competition will receive 3-months free premium on OtLand.

It is worth noting that there is now a league system that is tracking the points of the top 3 from each competition. At the end of a "season", the winner will receive an additional prize! Stay tuned. More details and current standings as well as a more detailed account of the rules can be found here: Hall of Fame | Rules | F.A.Qs
​
Rules:

Vote Changes: I've allowed it so you can change your vote yourself now
However, you cannot see the results until you vote, alleviating some bias initially, i.e. If you wanted to sit on the fence and try to balance the votes.

Please click on some of the larger images to show the true size/quality. 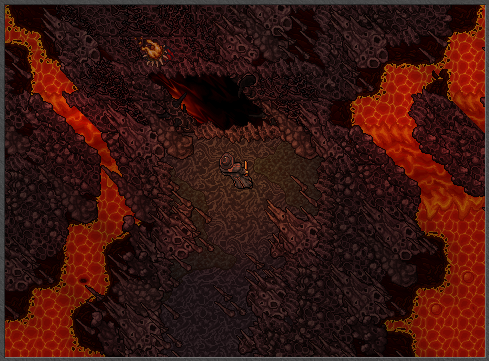 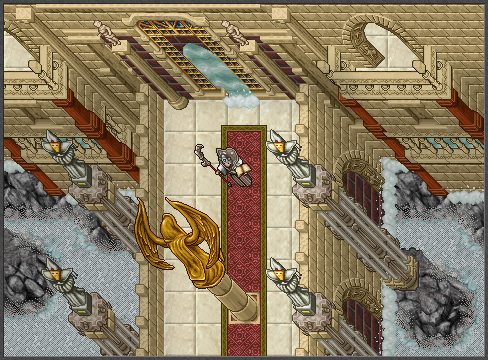 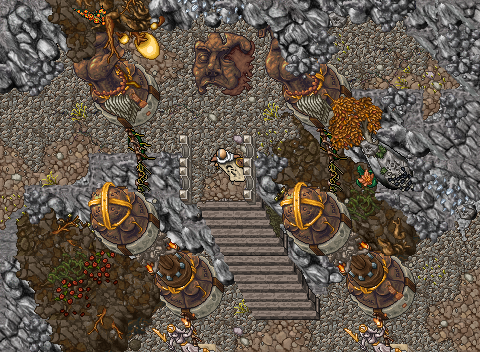 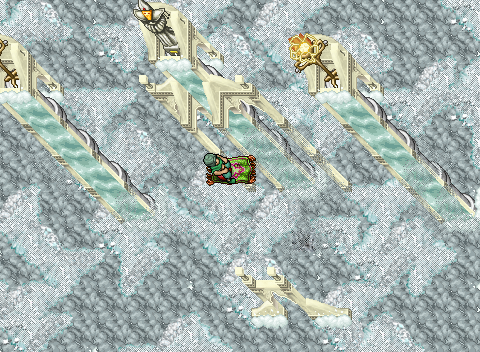 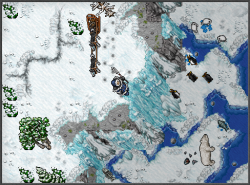 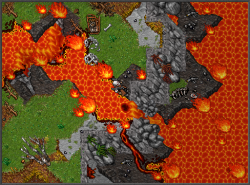 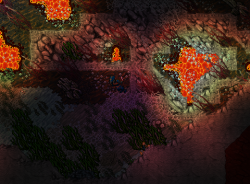 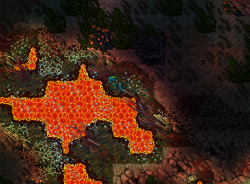 Well in my opinion
1st hell looks great but nothing is happening there, but heaven with brick walls under bridge, wooden pilllars and pointless columns in symetrical palace looks not that good. there is no creativity at all ://
2nd giant who is holding whole earth on two pillars?! great! Air looks ok but both, giant hands and this sky pillars are just copied and pasted, with same candles, same shrooms etc :/
4th is really creative I see why there was a crack, I see how it changed, how fire devil run out of cave, poor huskies... (polar bears and penguins..^^ birch is misplaced) but overall i like it the most, it has at least any details on the ground
5th one is a nice idea of conneting this two elements with underwater volcanoe but both pictures doesn't show anywhere contrast

#1 reminds me a lot of Diablo 3 or most likely inspired by that.

It has by far the best RPG feeling from any of these pieces. This is exactly how I wished tibia would have evolved over the years.
Sadly they were not able to (at least for me) sustain the atmosphere they used to have. This entry makes me sad and happy at the same time.
Good job

Berciq said:
Well in my opinion
1st hell looks great but nothing is happening there, but heaven with brick walls under bridge, wooden pilllars and pointless columns in symetrical palace looks not that good. there is no creativity at all ://
Click to expand...

Your opinion is wrong. This is by FAR the best piece, it's not even debatable.

number 1 is great, but only the second pic, the first one is too dark to even notice what kind of ground is being used
number 2 got my vote even tho it is not going to win apparently, the second pic concept remembered me a MU online map called icarus and it is so great
number 3, is paulo torres back?

Personally, I am very disturbed by the very dark images because it is difficult to appreciate the details, how playable it looks, how the sprites were combined and their relationship with the evaluation criteria.
1. I dont liked first SS (mainly for light combination) but loved second SS
2. I loved first img but second it's a bit empty
3. SPAM
4. Loved first SS but second ss is a bit strange with green grass vs lava
5. I cant see any shit, sorry xD

Probably i will vote for first img

Congratulations to @Andréew once again and for winning the first ever Season for the Mapping Competitions!

Look forward to next season!

Glad you guys liked it! im hoping for more participants next season for sure!
here are some of my thoughts on the entry's!

2. both well mapped, first one look a bit messy with that ground sprite imo, other then that i think its real cool. second one was super dope to be honest really liked the creativity on that one! well mapped dude. a contester for my vote
3. Not my kind of mapping but still well done.
4. Really liked the "symmetry" between the pictures, sure looks a bit odd with lava as an ocean but still thats kind of exactly what the theme is, winter one is stunning, amazing. this got my vote both for portraying the theme the best way in my opinion and for that winter screen being on point. This should have more votes.
5. even tho not doing like the others, this is real cool, i loved how you did this one with the air bubbles above the lava, this would be a near second to my vote for sure. also this should have more votes.

Nice to see something from Shirako again, super hyped you joined the contest and congratulations on second place dude! well deserved, if not for that ground i would have liked it a lot more its just personal preference

Going to look forward to more great entrys next season and hopefully some more active mappers joining in on the fun.
Thanks Ghost for hosting as always and wow, won the season.. who would have guessed? so many great entrys this season and people really stepped it up on many pieces including me, hopefully next season will have more different winners so that the league will be a bit more exiting
Curious on what this mystery champions prize is

Not even close this time, but congratz @Andréew well deserved!
I am already looking forward to next seasons. I simply love monthly competitions even though it was so clear this time!
Keeps me and some other guys on track to at least map here and there for an entry. I am getting hyped by that to finally come back to the stage.
Even though it was not the most exciting competition this month, I really loved the winners entry.

Reducing the amount of contests and making the leaderboard worthless would mean, for me personally to lose track and motivation to continue my projects.
It's a pleasure to be part of this community again and there should be more of this kind of forum boards.
Together with @Andréew, @GhostX, @Mackan™ I am spending a lot of time again to discuss future plans in mappings.
All this is due to the monthly competitions by @GhostX, thanks for hosting this and keep it going! <3
You must log in or register to reply here.
Share:
Facebook Twitter Reddit WhatsApp Email Link
Top