Well we are finally here! The first voting thread of the relaunch for the OtLand Official Mapping Competition.

It was great to see so many sign up and the feedback/reception this has got has been great!

The entrants shall remain anonymous until the voting stage has concluded.


EDIT The Voting Stage has concluded and therefore the Mappers have now been revealed below.​
Congratulations to @Andréew for winning this months mapping competition! I'll PM you with the game code donated by @Znote and @Don Daniello should be in touch to sort your premium membership.

The top 3 are as follows: 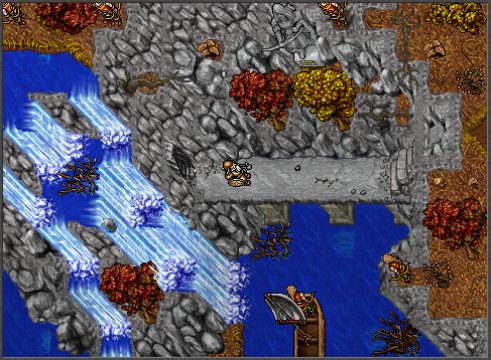 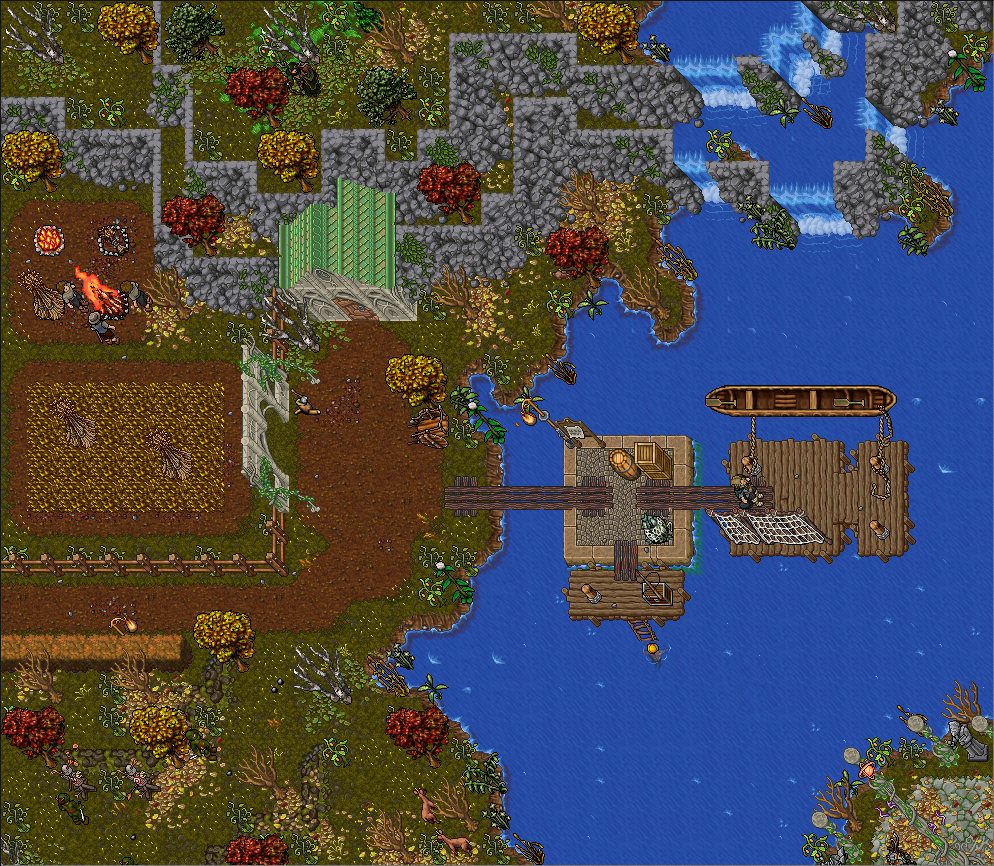 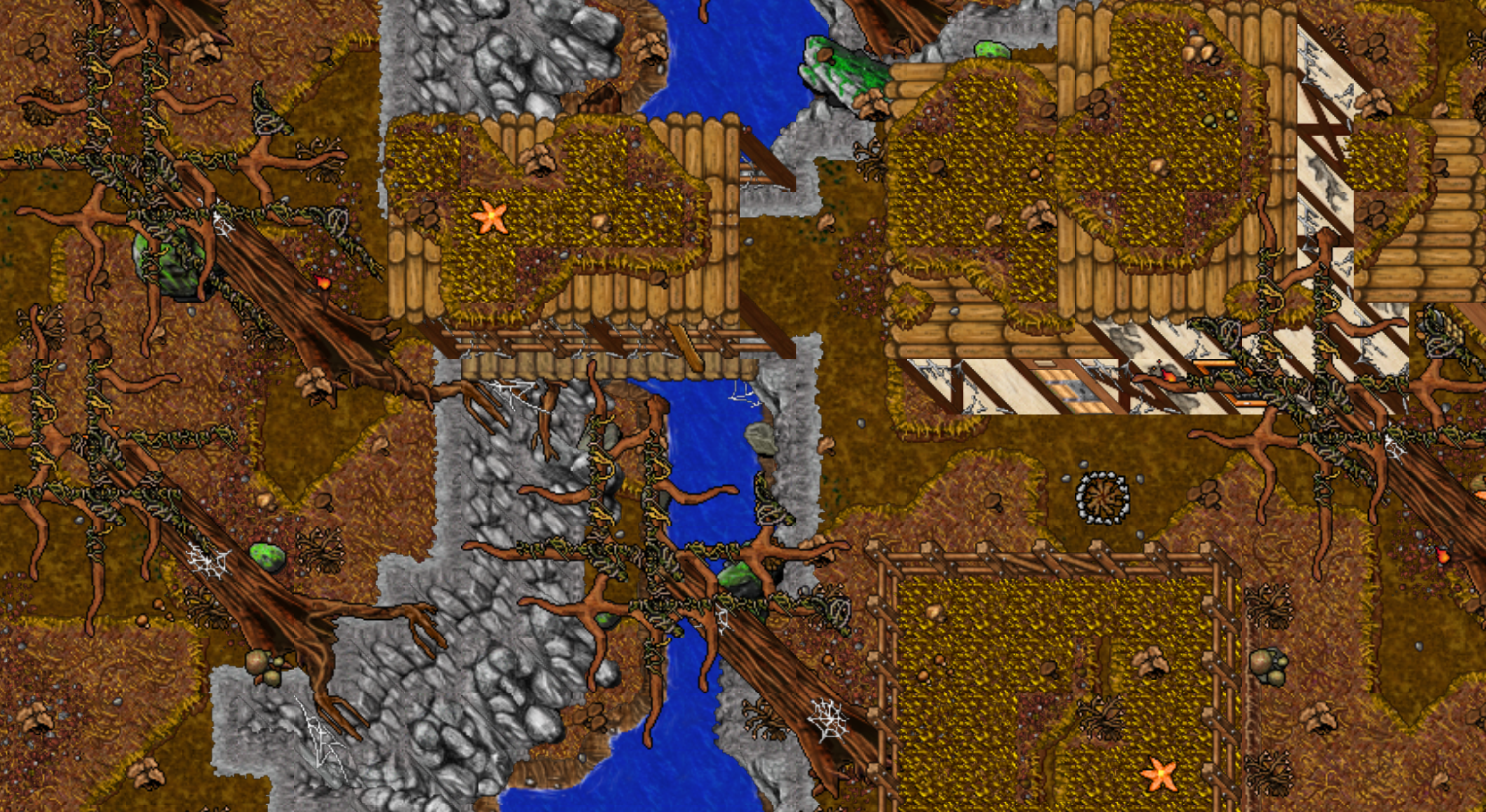 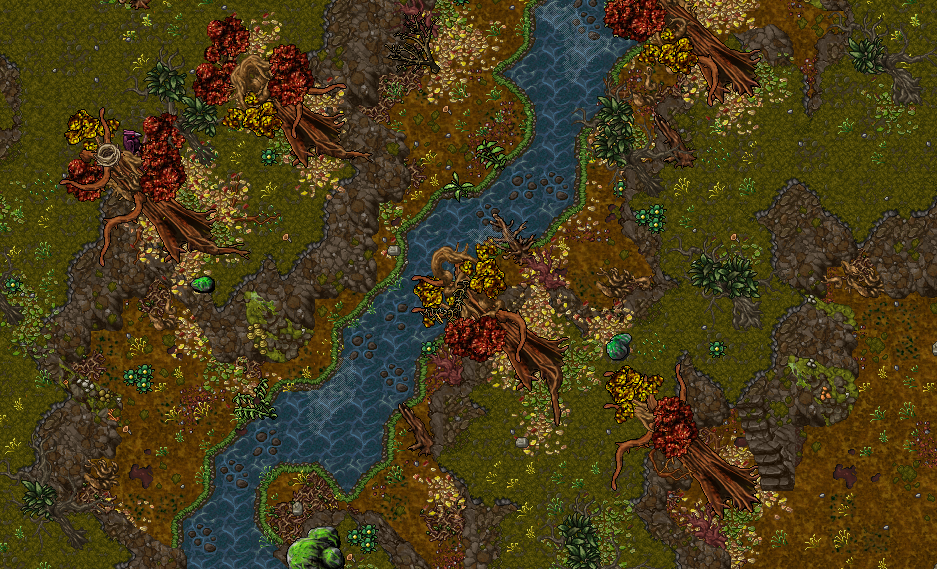 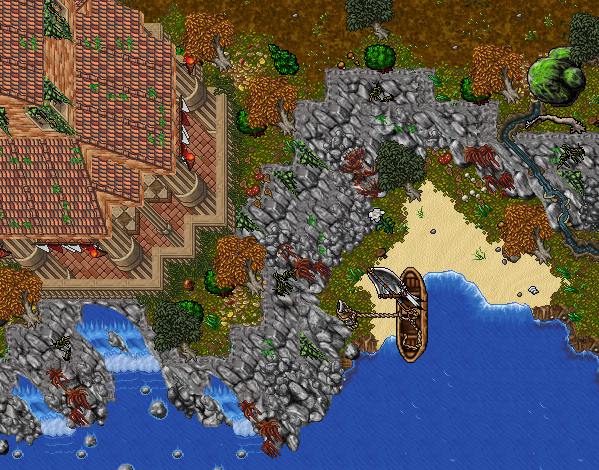 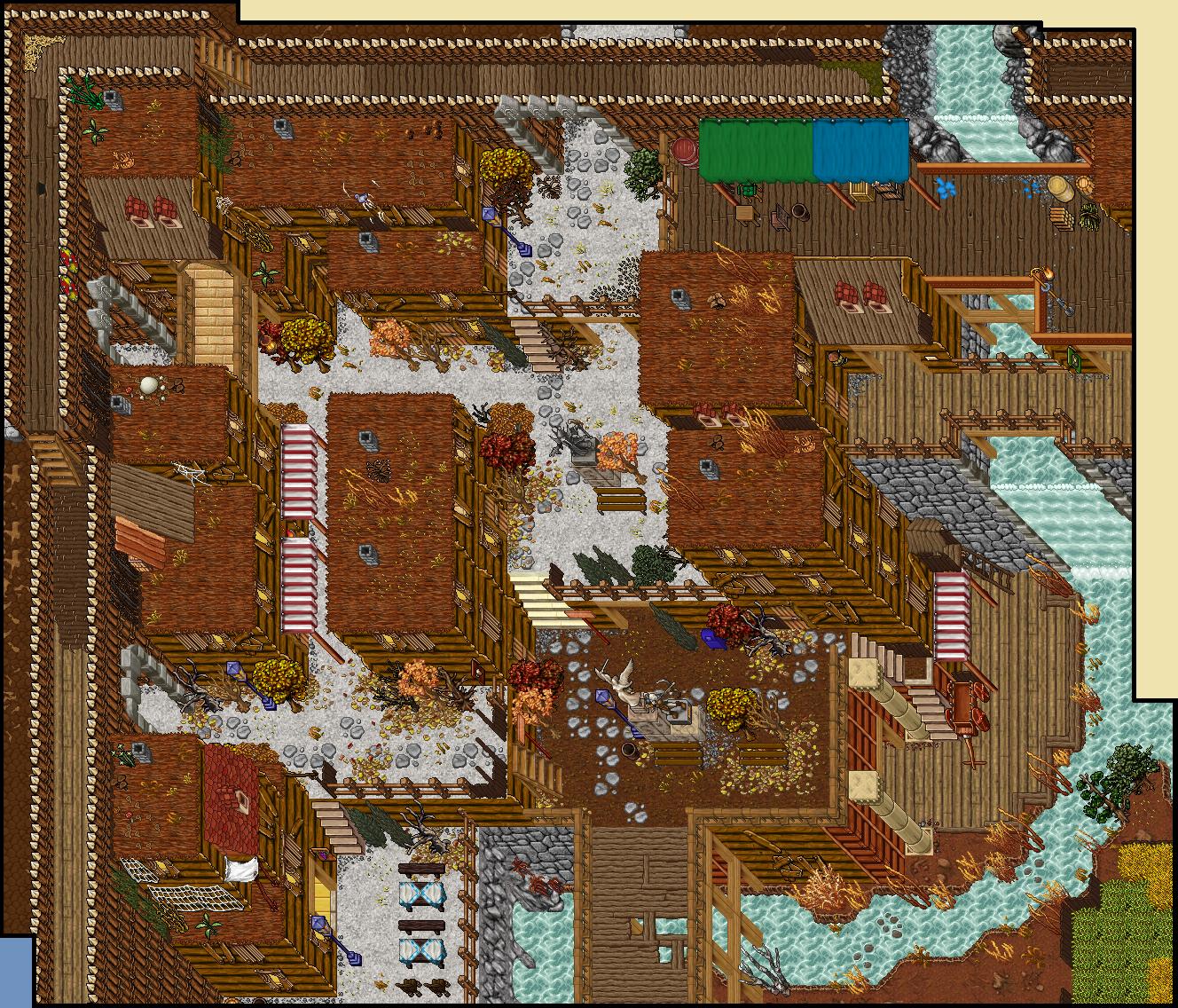 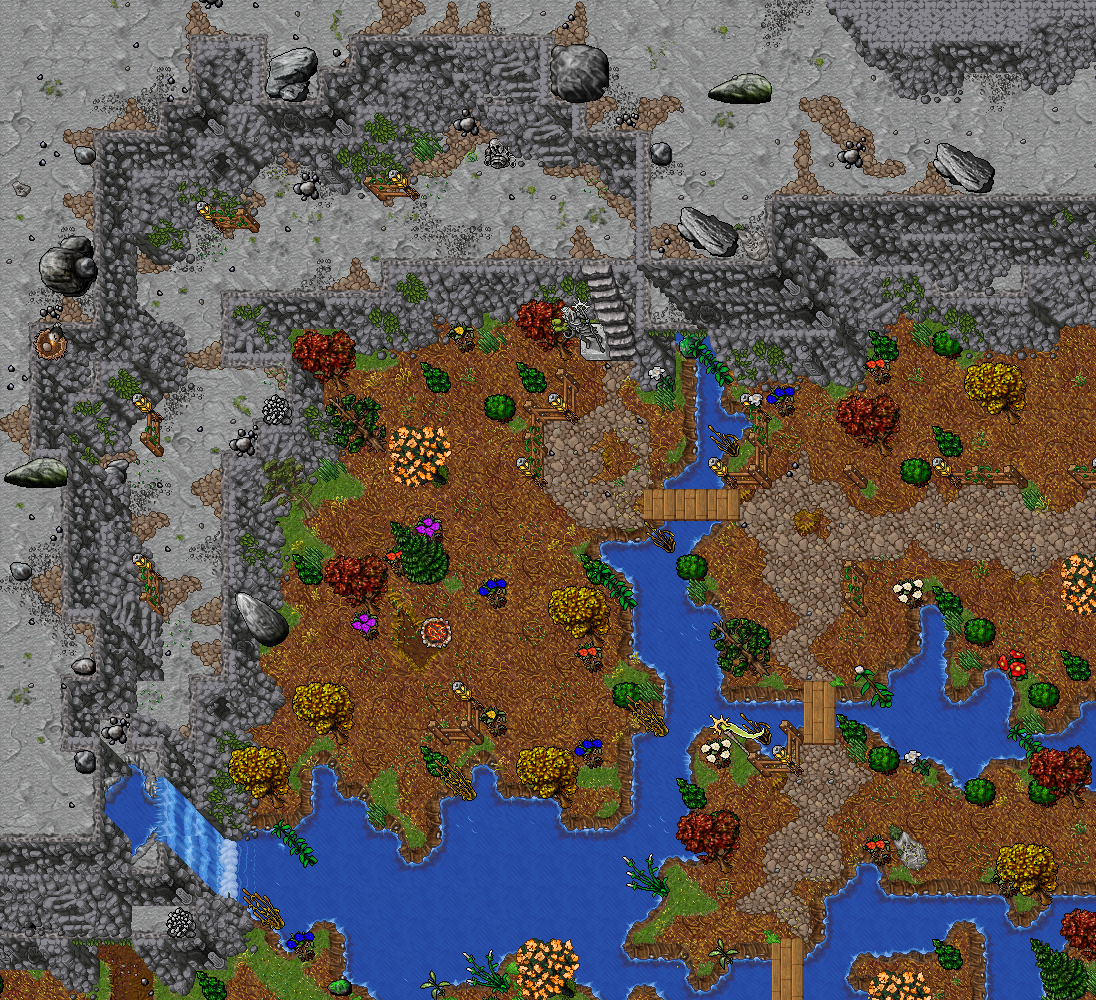 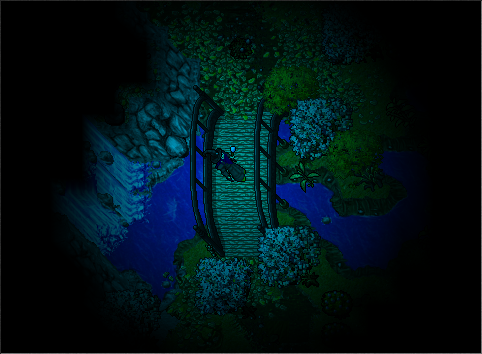 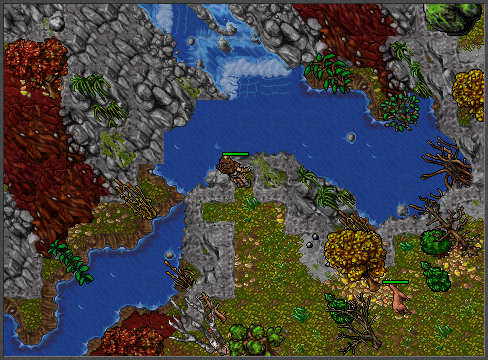 here is how i decided:

1. i voted for this pic, cuz it is one of the few pics that captures the melancholic feeling of autumn, which is very important for me. I really like its simplistic style and the rpg feeling. It manages to express a lot, without much sprites. The (big) problem is that it is very small and i would encorage the one who did it, to make bigger pieces in future, cuz its a bit unfair to other people who make big maps.

2. its a really cool piece, everything is well made; its the matter of taste combining that green gound with yellow trees/leaves. I like it, but nonetheless it prevents this melancholic autumn atmosphere.

3. i like it, but i think the screenshoot is bad. make either a bigger one or in game. The colors and sprites are good.

4. also rly cool. the combination of green ground and yellow leaves is a matter of taste; i wouldnt use it, but nonetheless i like the pic.

5. first i was thinking about voting for this pic.

7. i like almost everything here. the mountains are cool, the grass plains are cool, the borders are rly cool (not too autobordered and not too much border curves). was thinking about voting for this pic, but i dislike the green trees with combination with yellow grass... it just doesnt capture the autumn atmosphere. i also was thinking bout voting for this one... very cool

8. i bet its some super cool map, but its too dark and you cant see much (i know darkness makes it a bit atmospheric, but too much darkness doesnt reveal enough) and it might bee too small for a competition.

9. cool map, a bit border-overkill (but i dont mind) and too green to fit the theme. i would add more yellow and dead trees. otherwise alright.

I rly dont know where you all live and how autumn looks in your country, but here everything is yellow, red and orange... i dont know why so many of you put so much green colors.... ir prevented the melancholic atmosphere in some pieces....
Last edited: Sep 15, 2019

Good luck to all of you! a bit dissapointed on the entries tho :<

@scheisse Autumn is a happy season for me, not so much melancholic per say. It's subjective.

Good luck to everyone!

I had hard time trying to find the best piece, 4&5 are really cool but my vote goes to 2, lot of small details that I like.

2 is so impressive, but boi, isn't 4 outstanding? And it fits "Autumn" theme so much.

For some of those thinking there is a little bit too much green on some screenshots, remember vanilla Tibia sprites dont have very many "autumn-y" sprites. Its quite limited in what you can do.

The first and the second, damn! Number four fits the theme the most but feels like it doesn't happen that much.
All contributions looked nice.

I'm lucky to have a few days to vote because I don't know which one to vote for.
OP

Bump - Only a few days left!

Get Voting - Remember, the winner also gets an additional prize this time for a free game code for Hellblade: Senua's Sacrifice on steam donated by your friendly, neighbourhood Znote!

1. Pretty cool, but show not too much (most of the "autumn" is outside of screen)
2. Would be my vote if not for the new mountains
3. I don't feel the autumn and I think it's overdone a bit
4. Pretty cool, a bit dull tho. I like the crow and the nest
5. Best mapped here definitely, but something is lacking idk
6. Weird composition. Could be good with different grounds :V
7. Too much green.
8. Why so dark?
9. As 7
10. This is very good, but it's not showing much. I'd like to see a bigger picture

I was struggling to choose one, but decided to vote for 5.

Get Voting - Remember, the winner also gets an additional prize this time for a free game code for Hellblade: Senua's Sacrifice on steam donated by your friendly, neighbourhood Znote!
Click to expand...

Sorry for the delay everyone - Main post will be updated in a few moments.

Congrats to @Andréew with his entry:

@Andréew won 3 months of Otland Premium, prize has been assigned.

Thanks boys! Feel glad i won, didnt think i was going to! was some very nice pieces and i had a hard time chosing who to vote for!
Well Done everyone!
Thanks again @GhostX for hosting, looking forward to next one!

Congratulations mate! You deserved the win it was a great piece.
I sort of "shat the bed" with my entry, rushed it and didn't give it the right lighting.

The benefits of rushing it with a little bit till the deadline and being drunk out of my mind haha. 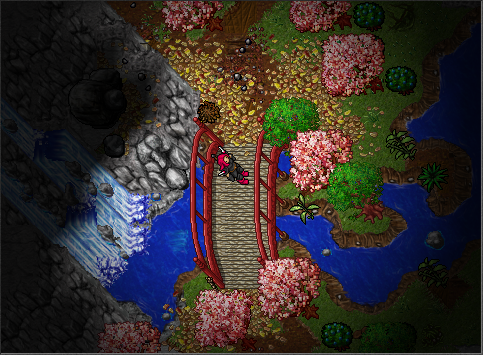 Heres #8 with a little better lighting, wish I did more with the floor as well.

It's green year around where I live, so I forgot that other people have falls where there's more colors.
I was planning to stitch together a ton of pictures and make it look much better, but I also ran out of time. 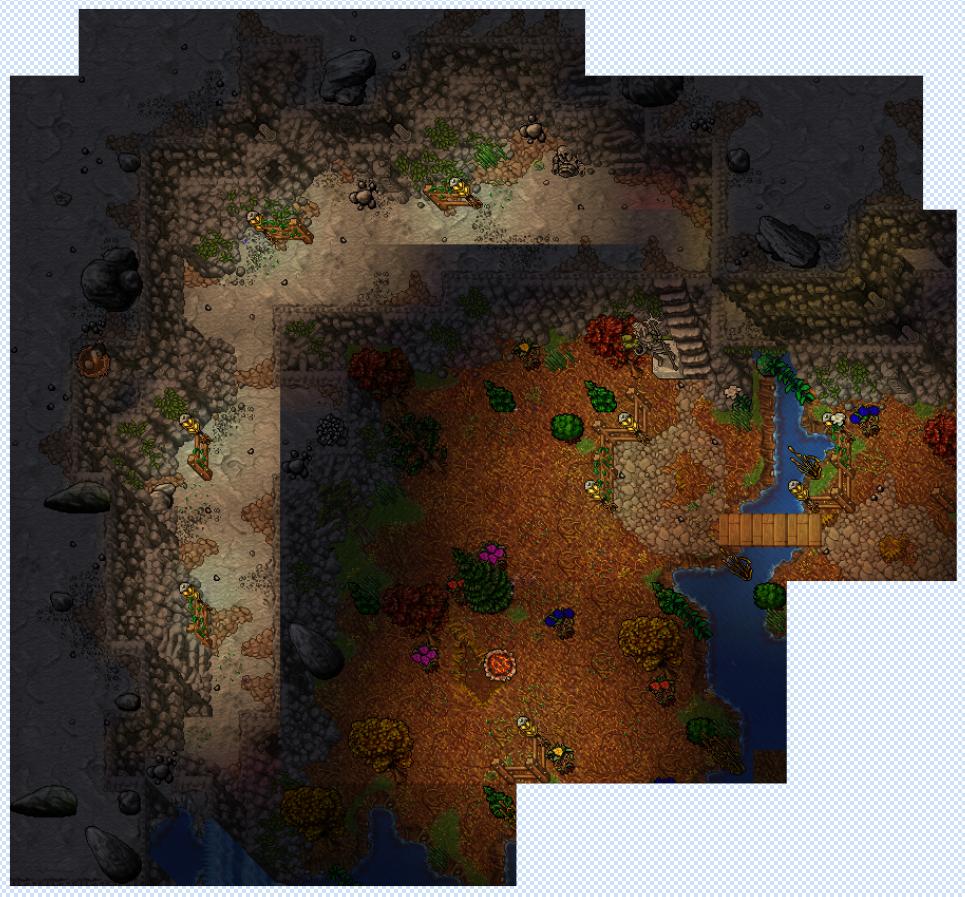