Currently test server is live, characters will be cleared at 23.12, accounts will stay.

A little backstory:
In early 2015 on Polish reddit-like website "wykop.pl" with really big community someone created a little open tibia server called "mirkots", which tourned out to be pretty succesfull. It was created from scratch, and server itself was terrible, but many people tried Tibia here for the first time after many years, and had great fun regardless of server quality. Community of this server became pretty strong and loyal, but after couple editions majority of players got really annoyed at primary server owner, as he was really hard to cooperate with. Group of players decided to create their own server called "wykopots". It took about 6 months to create whole custom map, some content, and host really succesful edition. For a month. One of core team members quit, and another one shut down server and deleted database while there was average of 200 players online. Rest of a team also lost motivation and wasn't able to run another edition. It took me over 3 years of working from time to time with some help of others on this server, fixing countless bugs, revamping map, content and adding new features. After couple test servers every known issue is fixed and server is ready to launch again. Other:
- Majority of ingame content is written in Polish, but I'm pretty sure everyone can have fun there regardless. Im planning on some multi-language support in future. Server for kids and retards. I love it.
W

It's HUGE PAY TO WIN, Training items and 50% exp

"Pay to win" items can be bought only with tournament coins, which are obtainable only ingame from tasks and events.
W

No item shop. Only game. 4fun very good i like it.
Lets try it !
OP

Database has been reset and creating new characters is possible from now on.

Looks ok from what I can see, I never understand why you guys advertise it here all in English so we read into it, then we try to give it a go and everything is written in polish it's just a waste rly imo.

yikes, totally agree with Jaycee, why advertise it in english when basically everything is in polish.
S

Jaycee said:
Looks ok from what I can see, I never understand why you guys advertise it here all in English so we read into it, then we try to give it a go and everything is written in polish it's just a waste rly imo.
Click to expand...

True, same thing with BR guys, advertise in english, but all in game is in portuguese.
E

Highly recommended! Write me in game if you search for a help. My nickname same as in this forum.
E 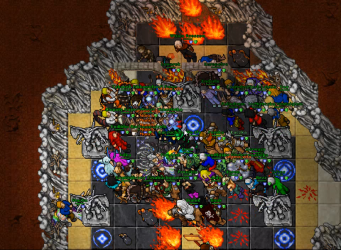