Hey guys, okay?
It's been some time since I was away from the tibia community, and I was playing other games, but there's always that desire to play a different server (Tibia), and so I thought about doing something related to what I learned with other games.
After a few years playing MOBA, the management game and "Mobile Legends" I learned a lot and had new insights, and it was from there that I started to develop a different game than the one that already exists. forum members to wrap up, so let's get to the project! 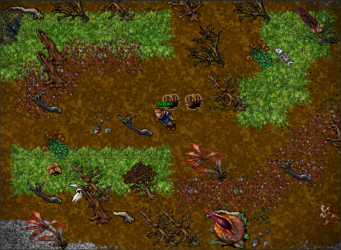 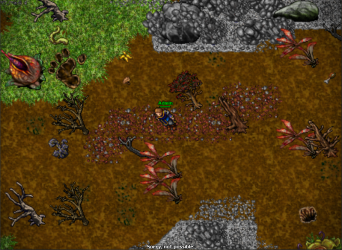 At the beginning of the game everyone starts level 1 and can reach level 25 during the game!
The duration of each match is 20 minutes.
To level up you must kill the wave creatures. 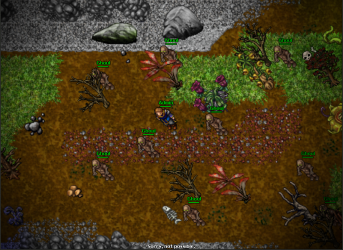 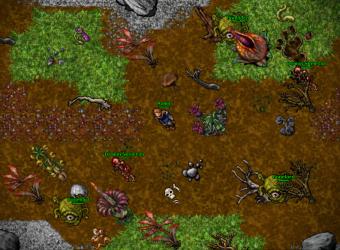 And also in Dragons, which give BUFFS when they die. The field is divided in half, there are 2 dragons on each side of the map, and a dragon in the center that must be played by the teams.

The dragon buffs in the center will be for the entire team.
The other 2 buffs on each side will be for the player who uses the "ITEMBUFF" that will drop when killing the dragon. To participate in the fights you will need 10 players 5 on each side. You can choose between 5 character classes divided into:
-Fire
-Ice
-Earth
-Lightning
-Wind So far there will be 3 different choices of each class. Each character has 3 unique spells.

At the base there is an NPC that sells runes, and you can buy them to help kill the enemy team.


The game lasts for 20 minutes.
1~3 minutes you have monsters.
within 3 minutes the first dragon is born.(A/B)
After 6 minutes the second dragon is born. (A/B)
In 9 minutes the third dragon is born. (Center)
Creature haves stop after 15 minutes of starting.
With 18 minutes of departure the protective towers disappear, and then you will have 2 minutes to finish the enemy team, this allows the chance of the team to lose even with less frags if you have a good strategy. If no one kills the enemy team's nexus, with 20 minutes the match ends and whoever has more frags in the game will win.
Inside the field the character does not die.
It will not be possible to attack members of the same team.
He has to wait 10 seconds to return to the match after dying.

-----
Regarding the items, they will not have exclusives and can be used by any character.

The team that loses the match will win the Box Losers
You will gain XP and fragments. (smaller amount)

With fragments it will be possible to improve your items.


So now I'm on the part of creating the spells, and also the runes that will be used as this will be a part that should be well balanced so that it doesn't disproportionate to the game.
I would like ideas and suggestions to continue the project!
S

Sounds cool and would ofc test it out =) In my opinion it should be based of 7.4 pvp system, because the auto-aim kinda ruins the experiance I guess? =)

Ofc it could be like normal attack is auto aim (wands), and some attack could be field runes like GFB, but for more dmg attack it should be like oldschool sd, aim to hit =)

Once upon a time.

Sounds cool, this gave me a whole new Idea of a "League of Legends" based server.
Let me go free with my mind here.

Let's say that you we're to recreate League into Tibia.

There's alot that has to do with this.