Revolution OT aims to be the revolution of what we today call Evo servers without relying on custom clients.
F2PP = Free 2 Play Points, Earn Store credit by just playing the server and doing stuff on it!

Fair play (No pay2win) Everything can be earned by just playing. Read more on website about Fair play and its features.

Get Points by playing, 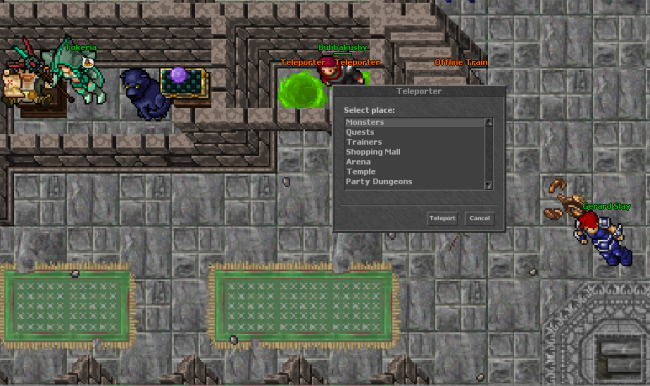 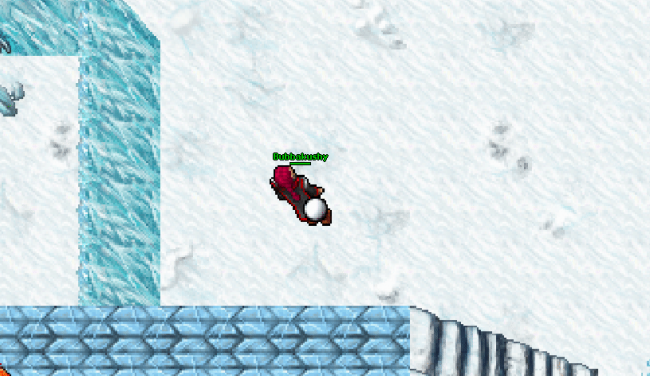 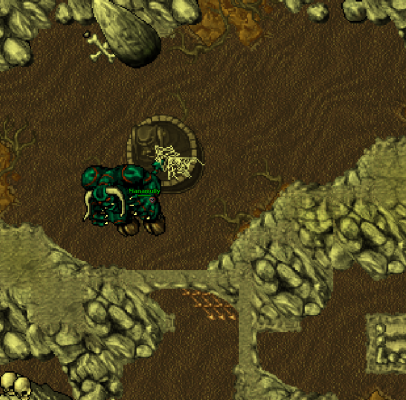 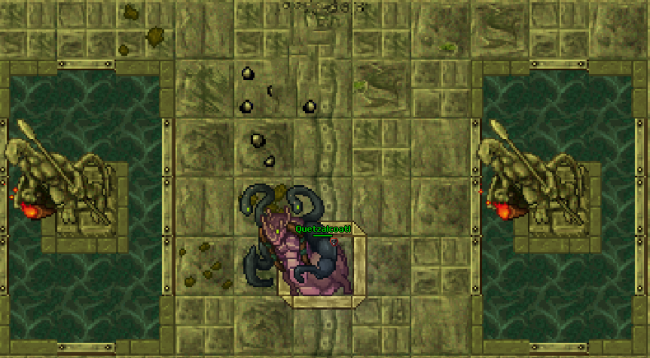 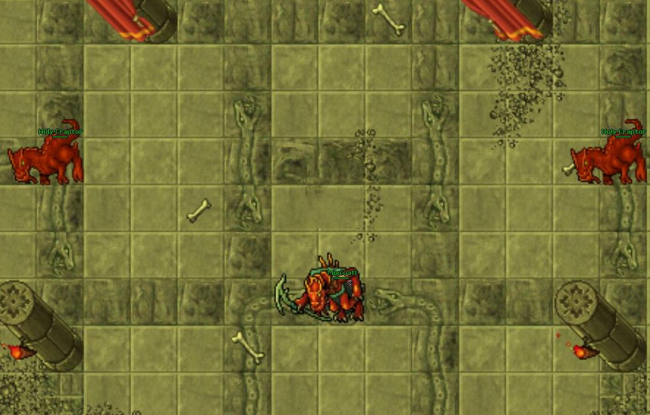 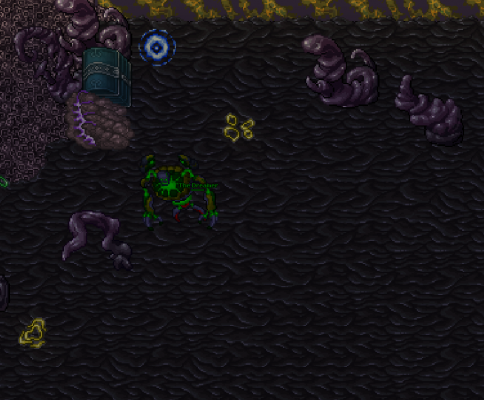 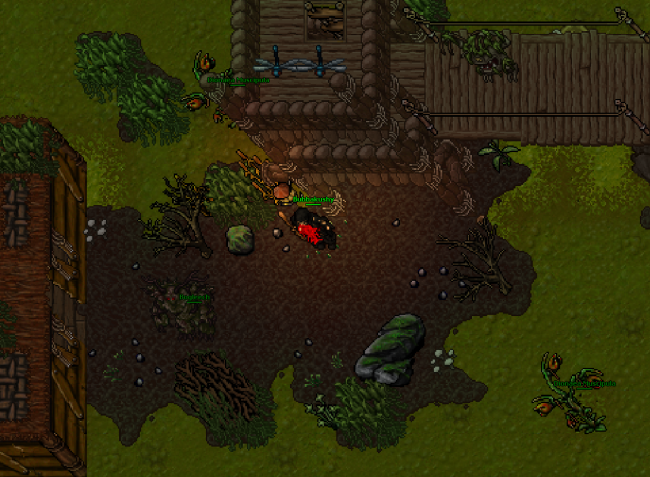 Pets has been fixed again (Thank you @Xagul )!

More info about pets can be found here (Pets information)

You can now reset your character and save 10% of your maximum Health&Mana per Reset. Available at lvl [500]. Max resets are set to 10 atm.

Mining veins has been added to each and every spawn. (Dora sells the tool)

Added a few more custom spawns replacing the current ones.

Changed around some exp/hp ratio on some monsters.

Random gem's has had its look changed as to allow stacking.

!Frags command has been changed to work differently.

Wands temporarily broke after a "fix" but has now been fixed.

Bomberman Event is being worked on.

Tower Defense Event is being worked on.

Adding a way of resetting your !points spent.

Mages & Knights are to get a kind of "quiver" (Like the ones paladins put in arrowslot with their ammo inside) which grants different bonuses.

Working on Set bonuses (currently a few are available from the dungeons).

Resetting your character will grant 5% extra damage per Reset.

When does the beta open and link to website? :O
OP

Yea i've been up for way to long and i forgot to link the details x) I've opened the server already.

There are still alot of custom items like Gear etc and more to come, i did mention that this is Beta

I am working very much alone on this so far, except for some help from
@Xagul,@RazorBlade @peXu
I appreciate alot the things these people have helped me with. <3 Big love to these people.
Last edited by a moderator: Aug 8, 2019

Tried out the server and looks promising, gonna be interesting to see what it has to offer in the future.
OP

The dungeon system is now fully working and is Instanced, meaning however many teams wants to play the same dungeon they can at the same time without them being in the same instance.

I have tried the ot. Looks very promising from what i have experienced so far, so im looking forward for the full release!
OP

I appreciate all the help that im getting from all the testers, without you it wouldve taken me weeks to find all bugs and what not!

And it makes me really happy to hear all the positive things, makes me work twice as hard.
N

Server with high potential and even in current(alpha) state can be fun .
Admin is a nice guy who works very hard on this project i wish him good luck
M

Added quite alot of content, like 3 working dungeons for both Party and Solo.
More custom items, monsters, a few custom spells, and i plan on remaking all vocations to remove the "Classic Tibia" feeling to the server. 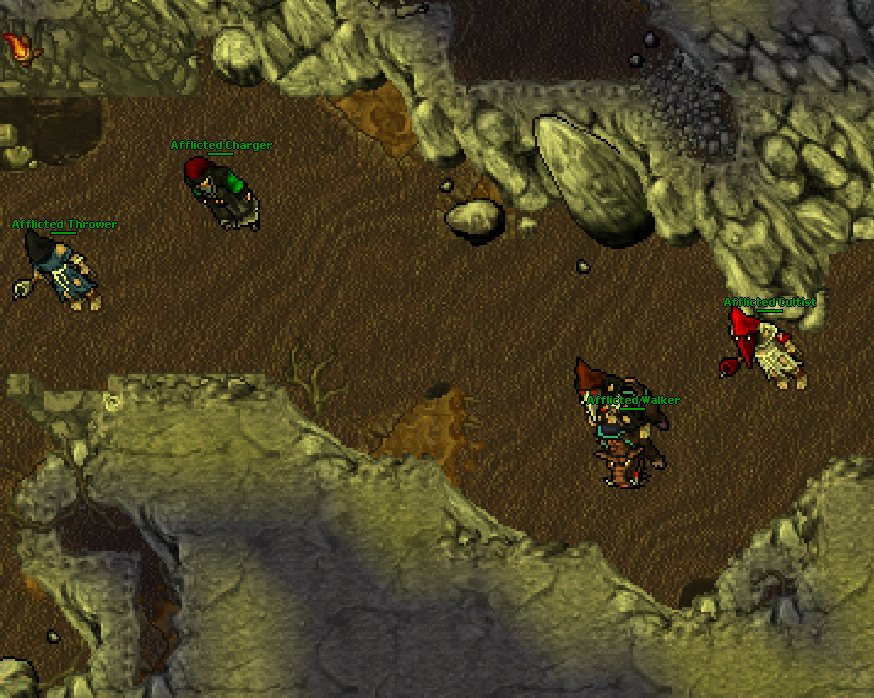 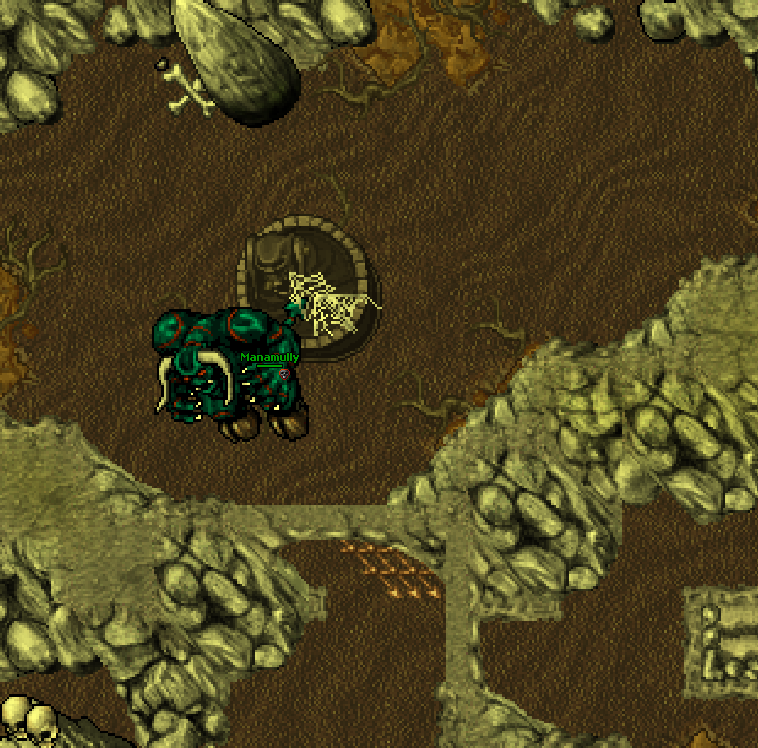 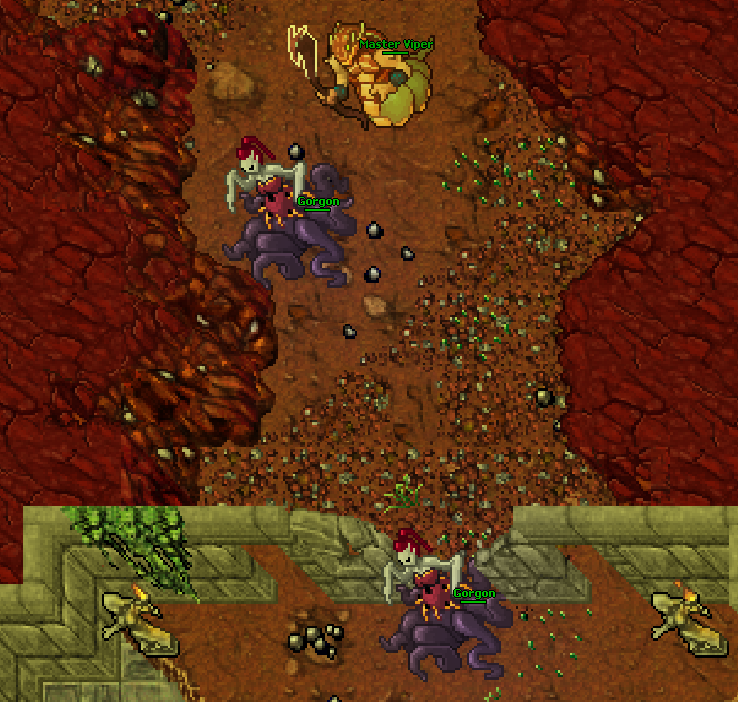 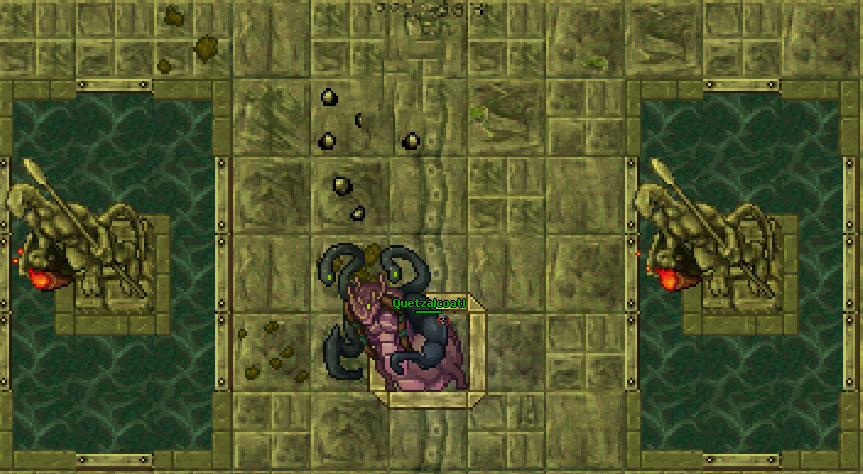 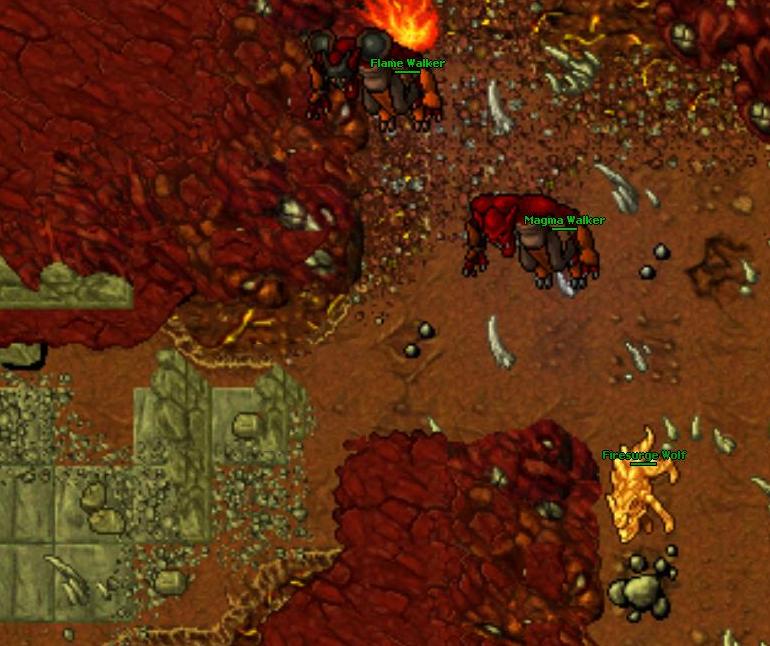 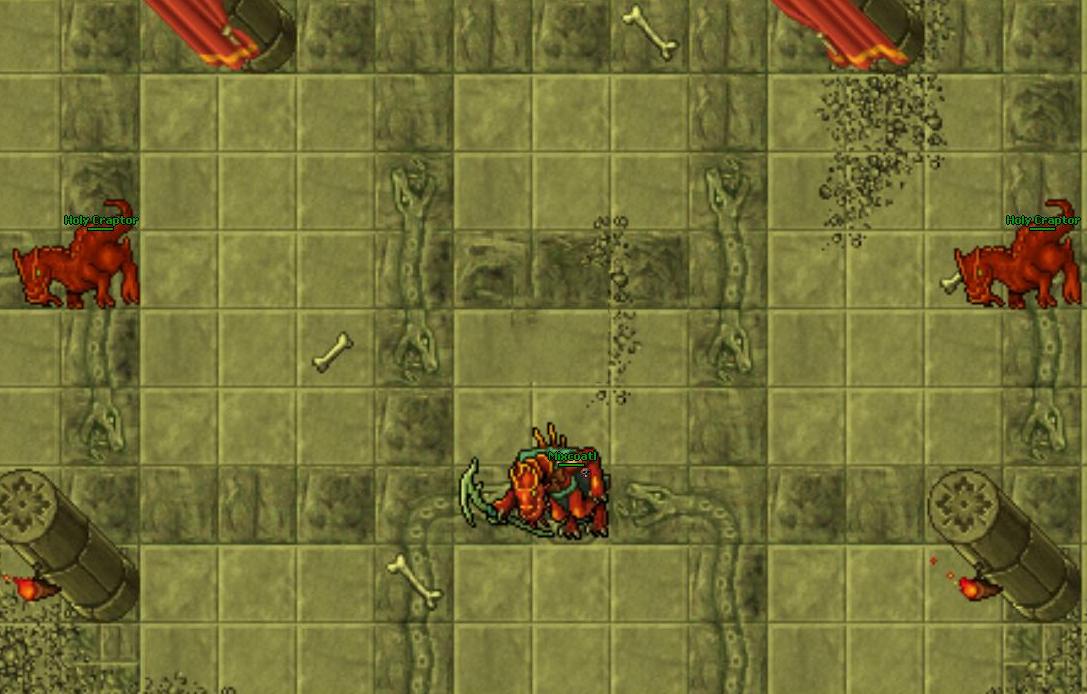 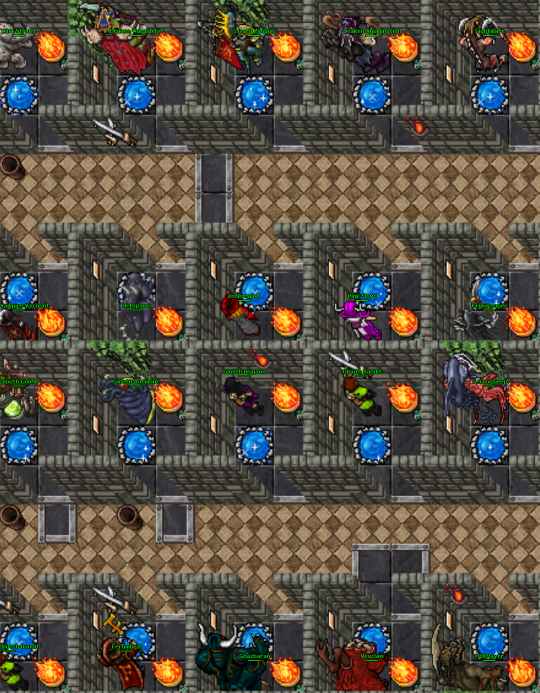 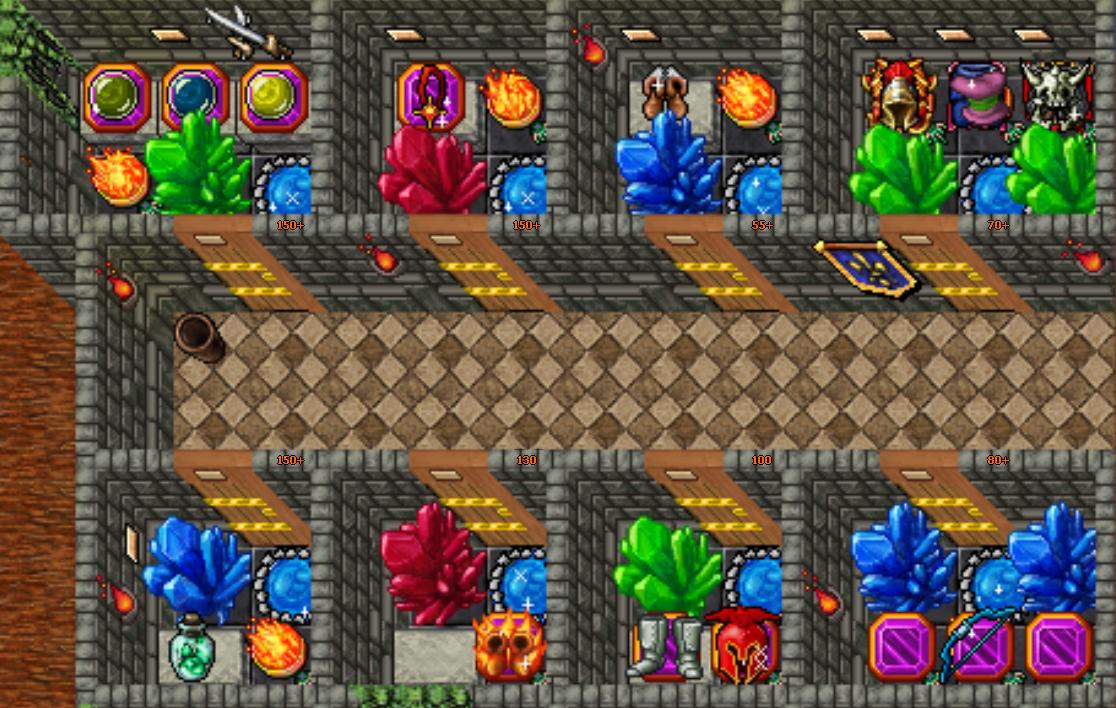 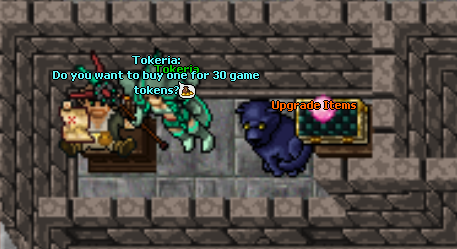 NPC who can sell you Shop points as a Token ( each token grants 15 Shop points to the website which can be spent to purchase Cosmetic items and minor convenience items such as Infinite Food item, Mount doll ( choose from 103 different mounts), Addon doll (choose from 43 different Outfits & Addons), Frag Remover, Name change doll, Stamina refiller.

Everything in the shop can be obtained from ingame, You can for example earn enough points to buy them or do quests and get them aswell. 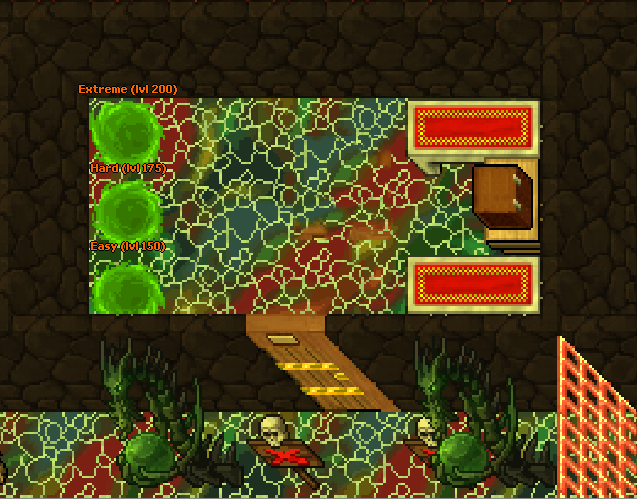 Third dungeon up & running, and i also added a Dungeon NPC for missions in Dungeon room.
Last edited: Feb 1, 2019
OP 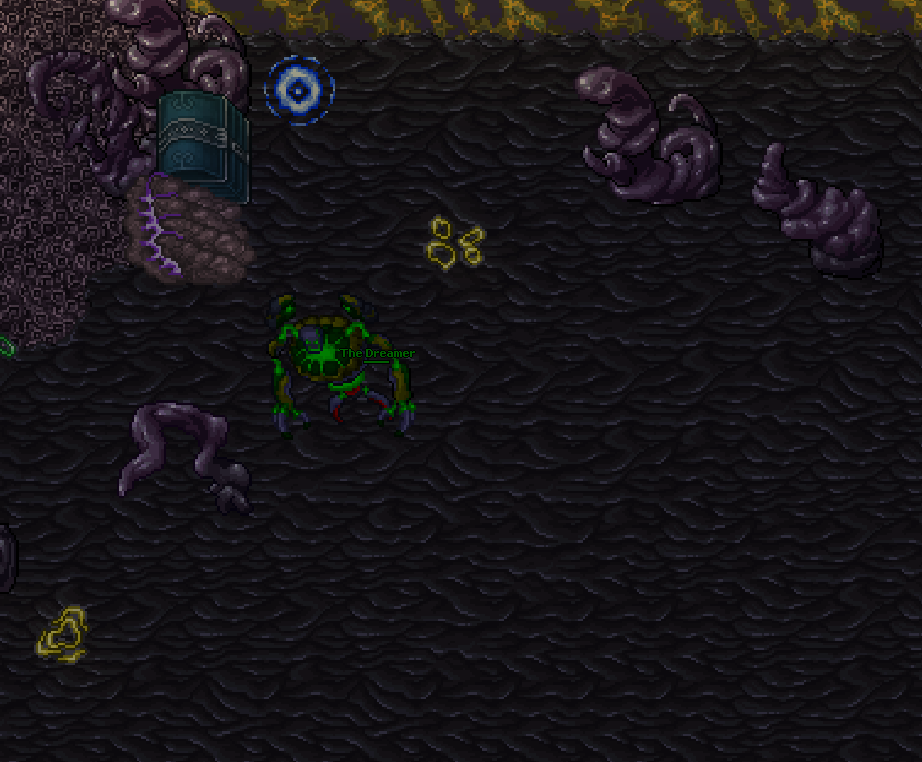 I haven't tried the server yet, but I do know this.
This awesomedude here has been playing on all kinds of servers, and then when none of these servers satisfied him, he decided to take matters into his hands. However, I didn't know that he was able to do such a thing.

dotsh said:
I haven't tried the server yet, but I do know this.
This awesomedude here has been playing on all kinds of servers, and then when none of these servers satisfied him, he decided to take matters into his hands. However, I didn't know that he was able to do such a thing.

Thank you for the kind words, and you're absolutely right! I decided to take the matter into my own hands, and it has been a journey.
I've learnt so much that i didn't know before. Sure i've had servers previously like back in 7.1-8.0 Days but that was such a long time ago and it was pretty much just XML parts back then even the accounts lol in plain text. 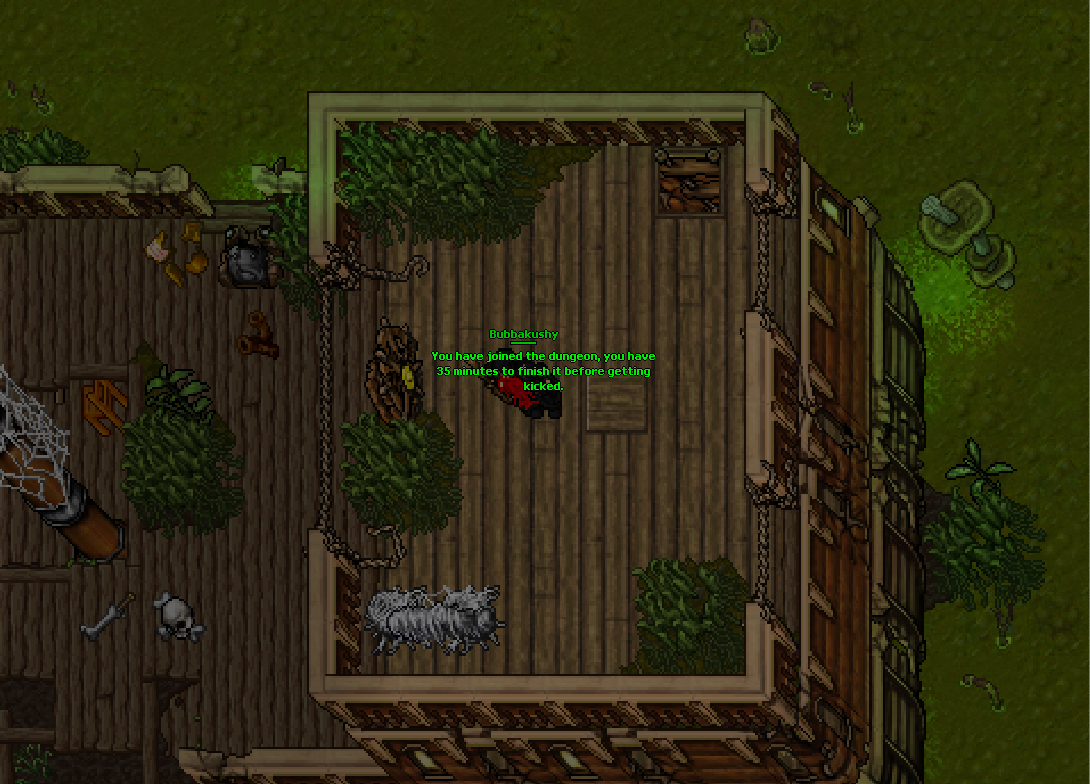 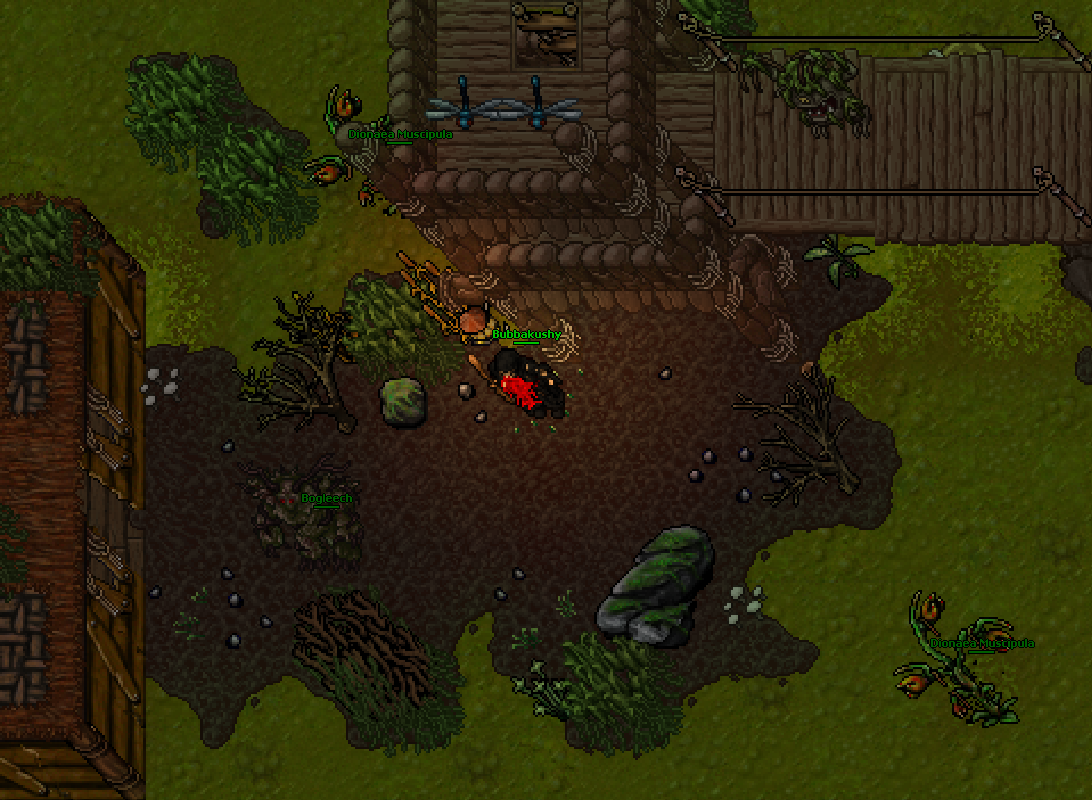 •Added a Fifth dungeon yesterday.
•Added Outfits & Mounts page to the website.
•Changed so you can now shoot runes while running without being "exhausted" & So you can use potions as without interupting your Melee/ranged attack.
•Added 2 new quests 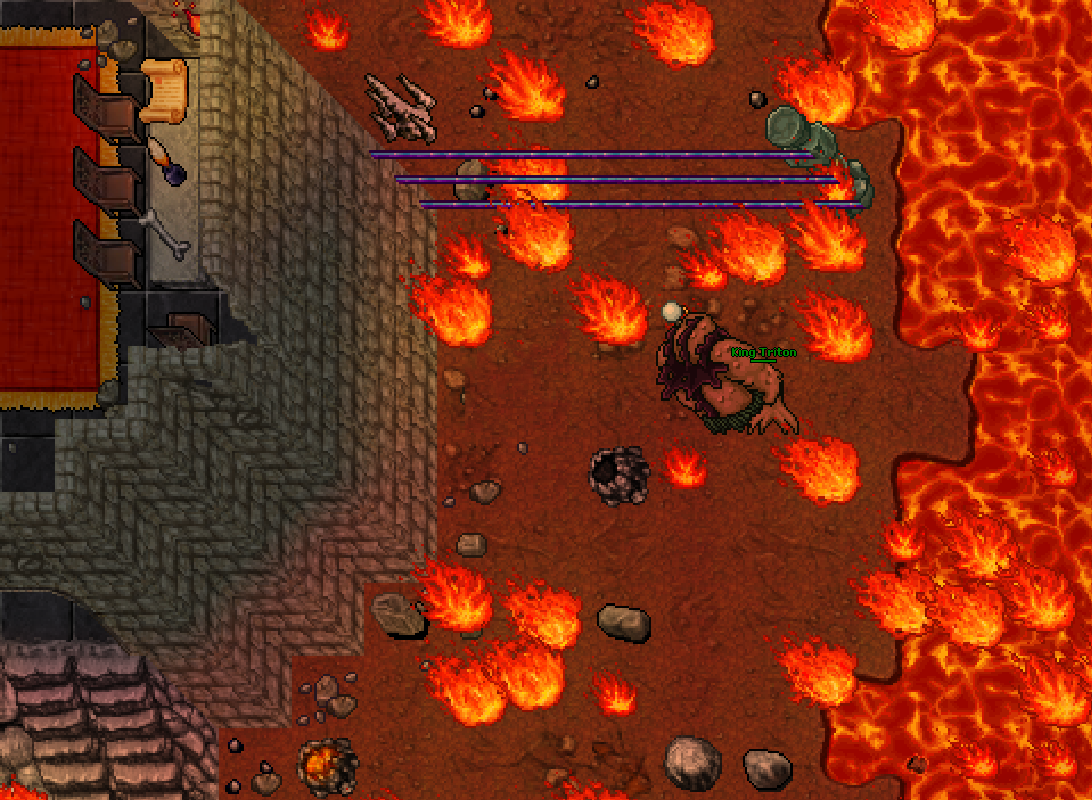 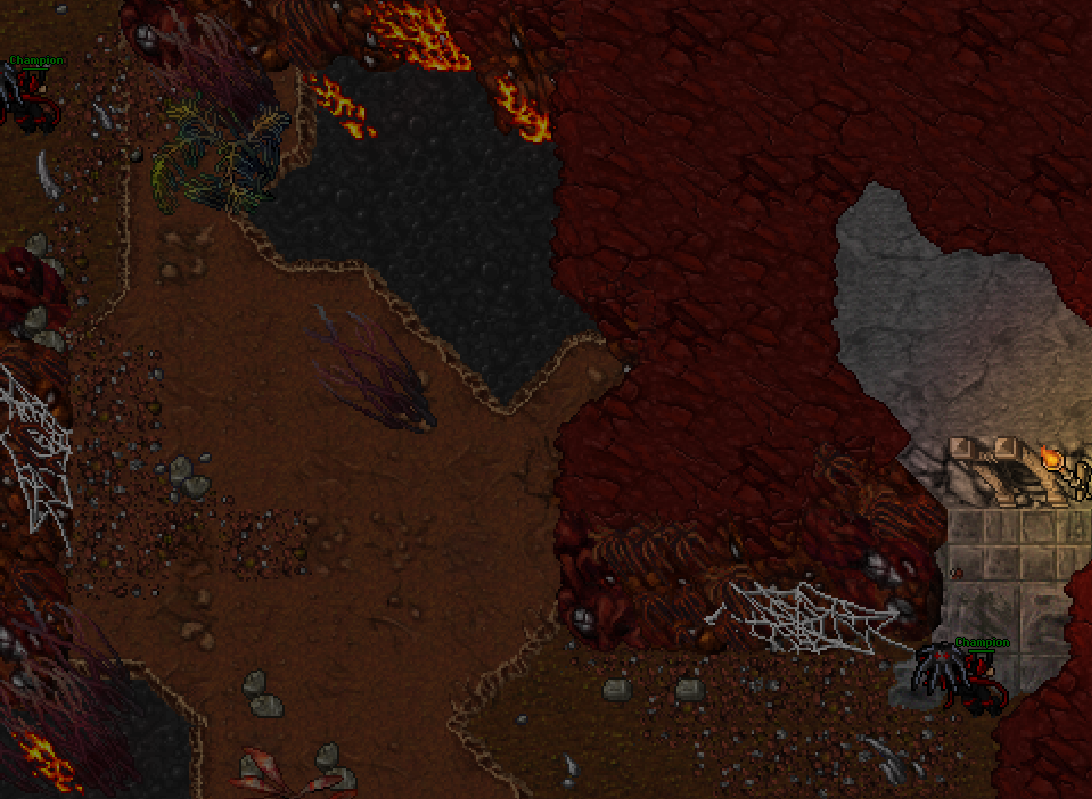 •You now gain 1 Stamina per 3 minutes while on Trainers.
•Standing on Training Tiles gives you 500 Mana per 10 sec (50 per second).
•Added an Access door to the Spawn area which requires you to be "Destroyer" Rank or above. (You get points for doing tasks).
•Changed around some spawns and made it more clear on what monsters are in certain areas in the Monster Room.
•Changed some loot tables to make it more accurate for the server rates.
•Added Skill Rates.
•Tweaked some Spell formulas to better fit the server and work better overall.

•Instead of normal monsters in Survival Arena Event im using @zbizu incredible Monster AI (Abit edited, and also needs further tweaking.)
This kind of AI will be implemented into more Bosses and changed around. Im also working on a Colossus Boss, which can be found here on Otland, But more info about that to come. 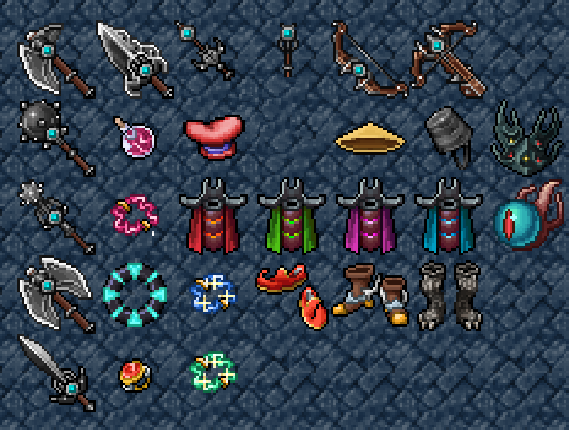 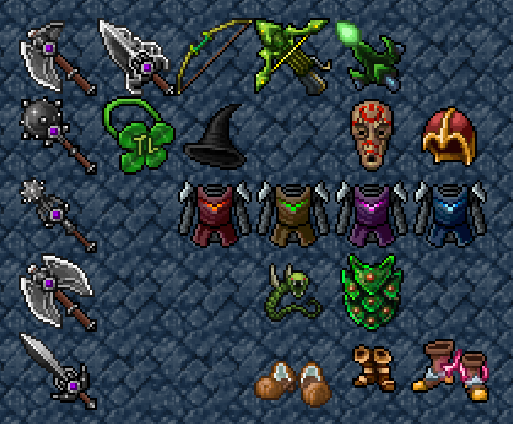 Changed the Server experience rates to better fit the content it currently has.
Added More items, such as Equipment, weapons, a new mana potion for knights, Healing Trinkets,
A new Task NPC has arrived and can be accessed after you've reached Destroyer Rank (91 Task points), Who offers you 8 new Tasks with increased rewards and access to new spawns.
Added Enchanting Shrines so you can add Fire, Ice, Energy or Earth to weapons. ( reachable from temple -1 )

The 6th Dungeon has been added.
Almost done with 7th and 8th Dungeon
A new quest for lvl 300 with Smart AI boss. 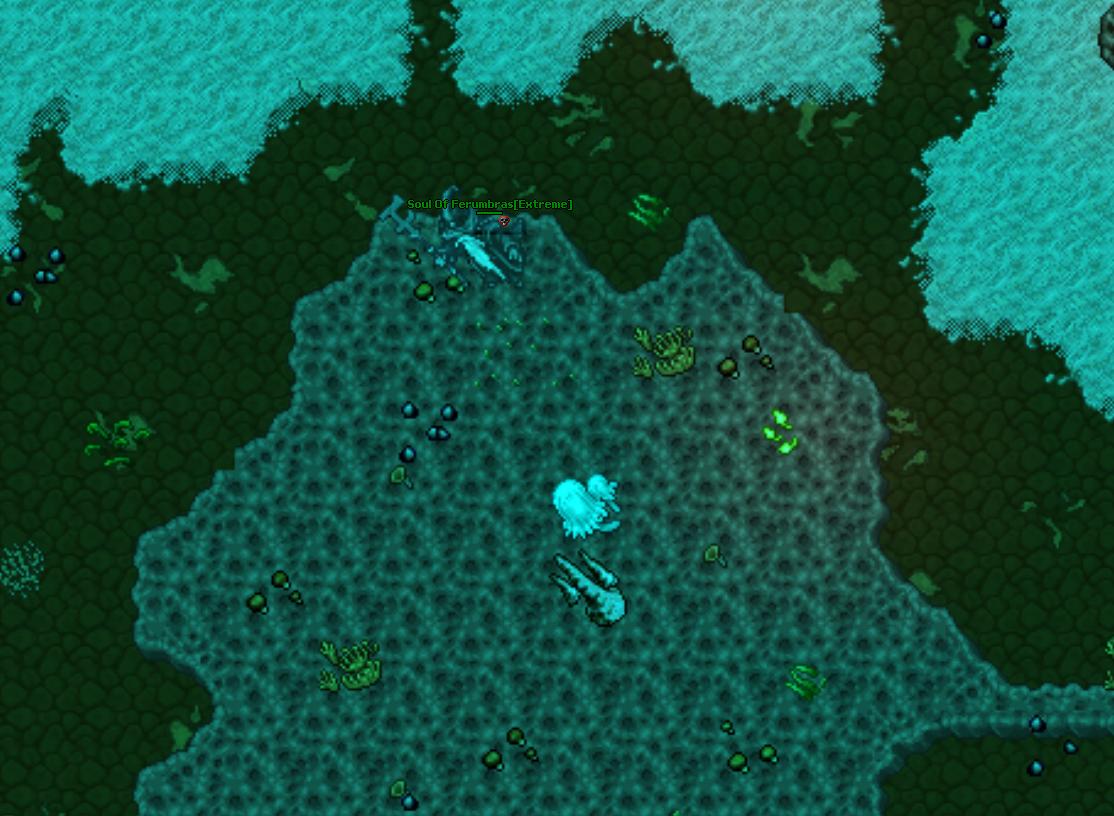 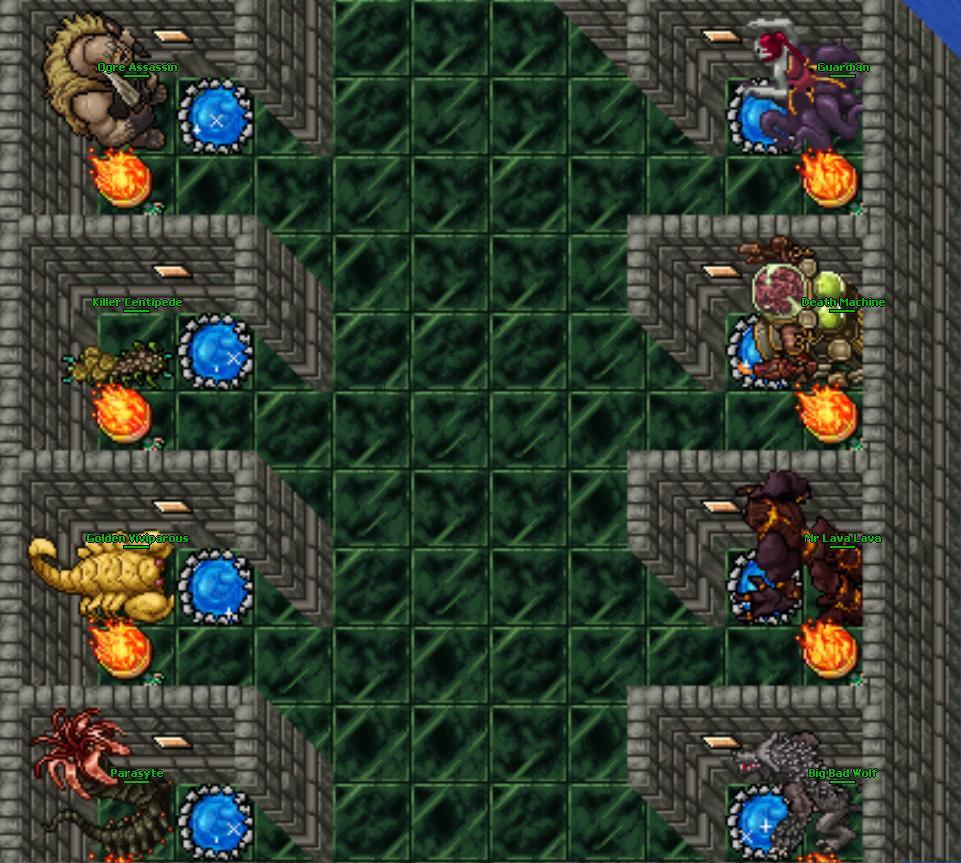 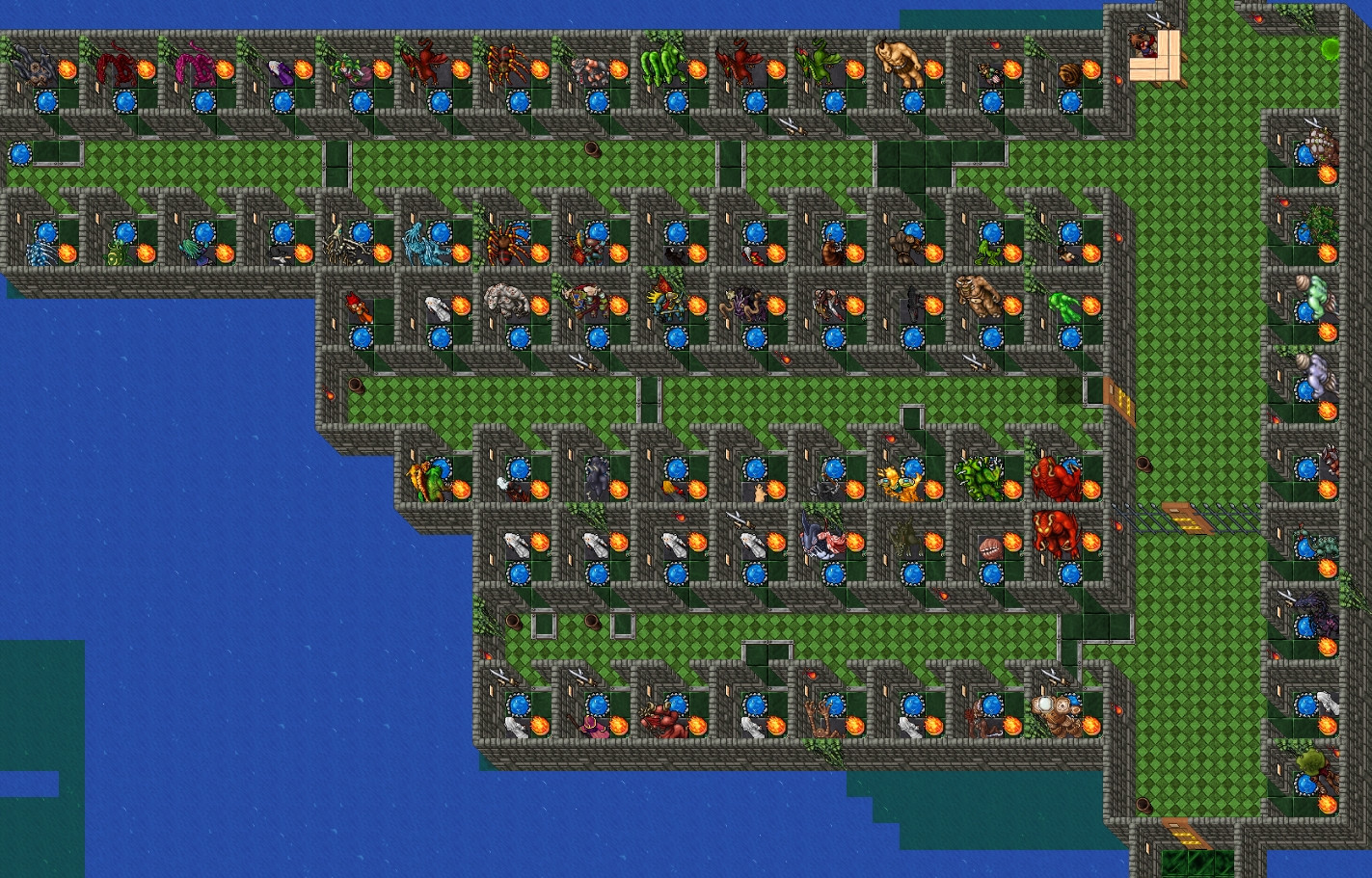 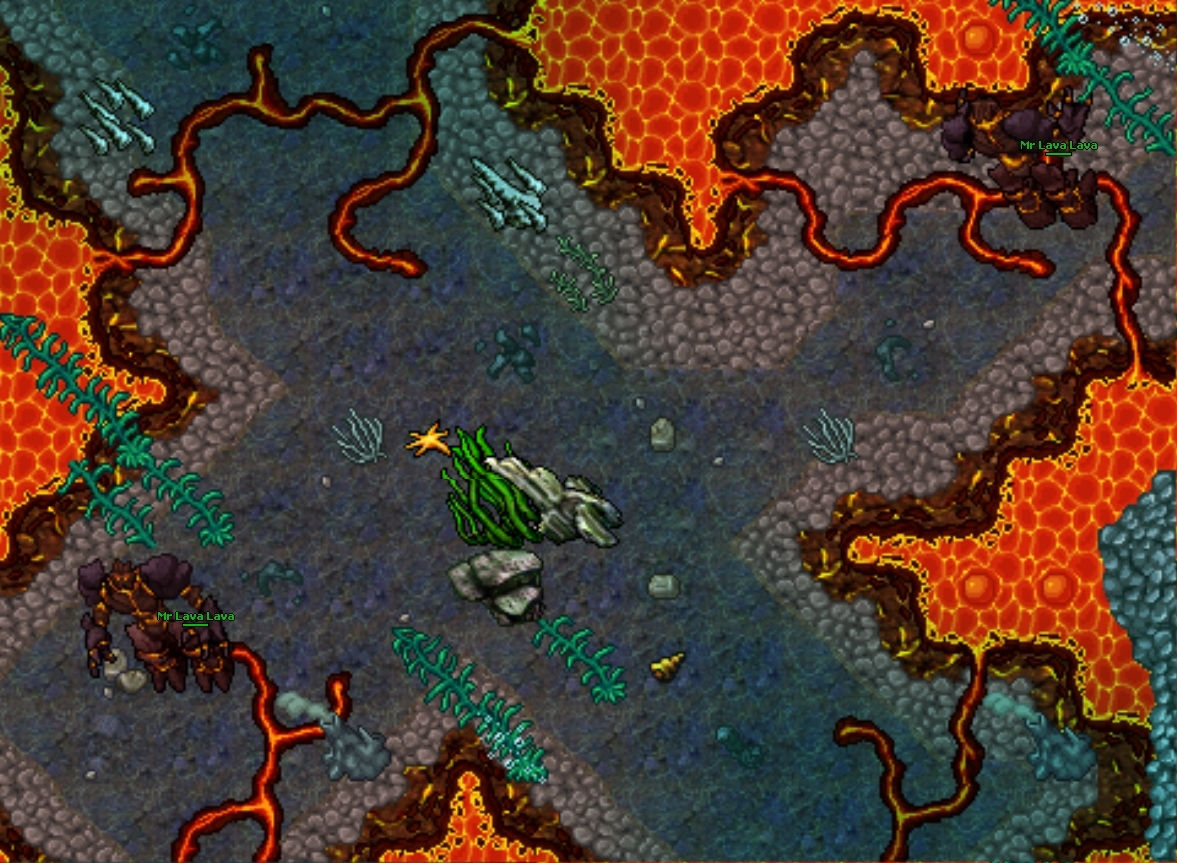 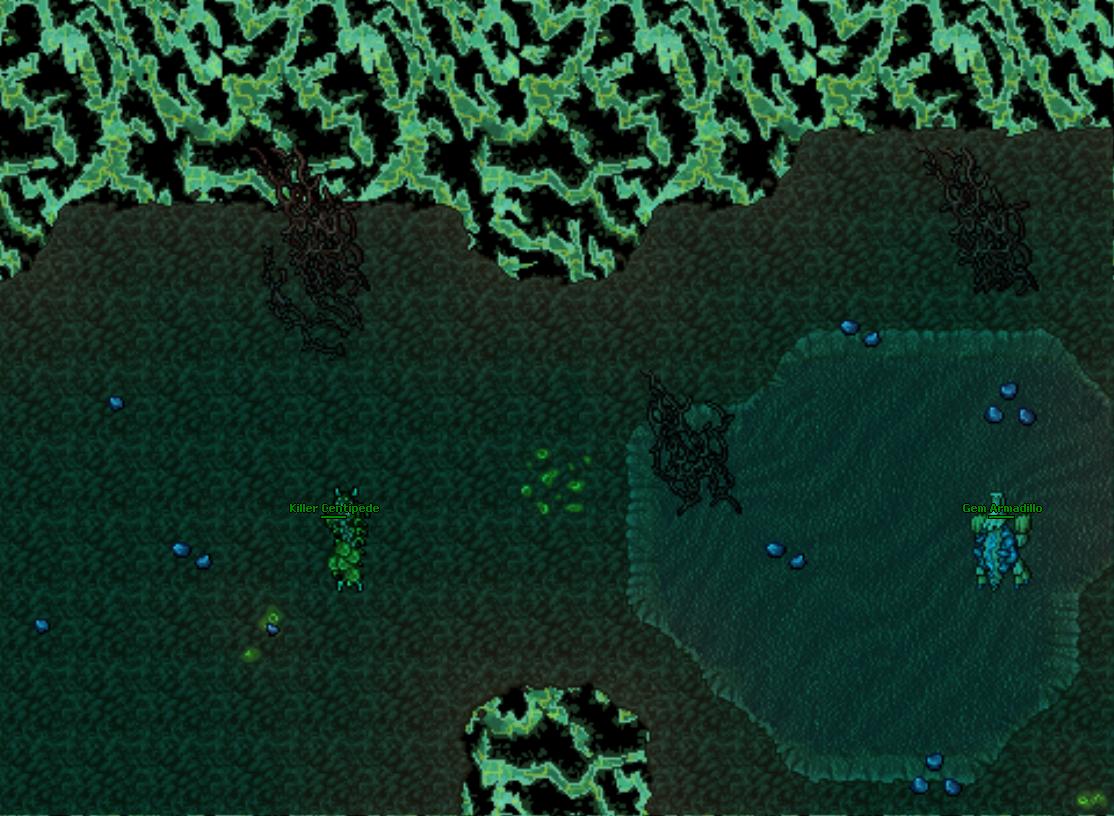 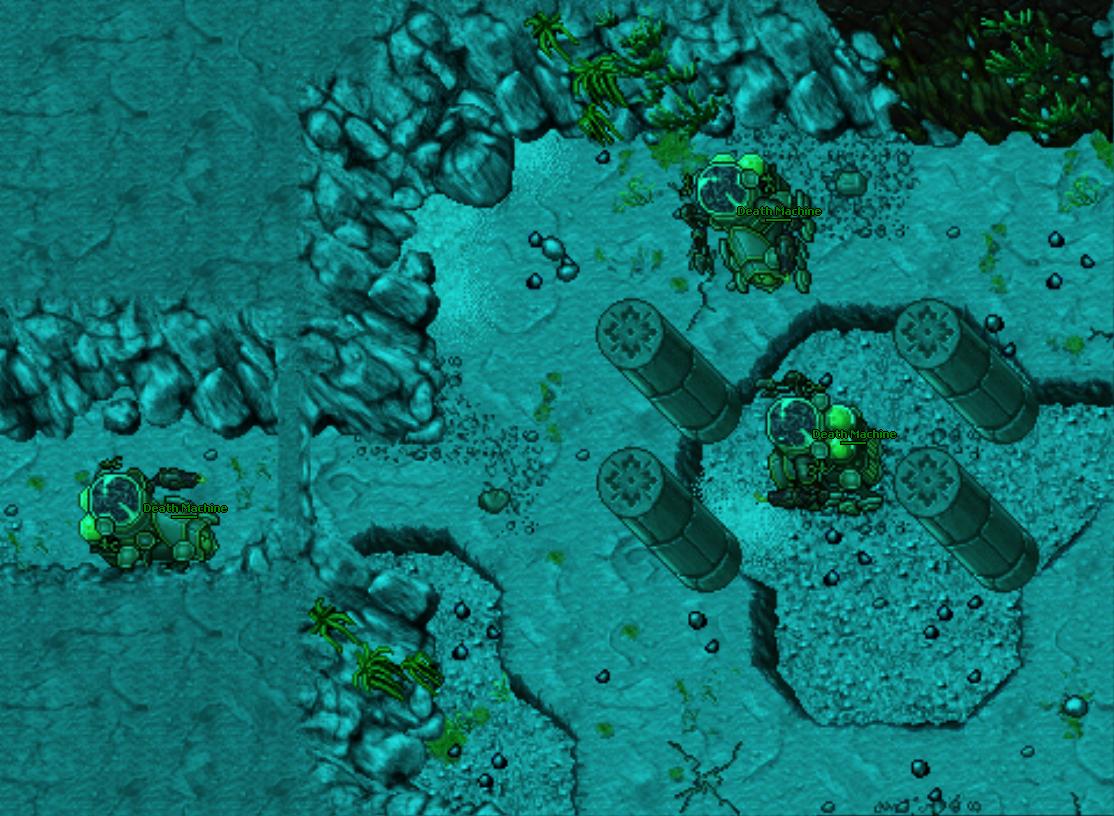 The !points system has been fixed! Thanks to @Danat for the huge amount of help and kindness! Next plan is to work on a big update content wise. Its getting closer.
OP

Some updates, working on more.