Hello my name is GM Alucard and in previous years I have operated a hit OT server that some classic players may remember as Call of Darkness. If you are looking for a hardcore PVE with PVP than this is the server for you. Under active development, considering all player feedback.

Attempting to load any character leads to a 'Connection timed out. (10060)' error.
OP

Wirox said:
Attempting to load any character leads to a 'Connection timed out. (10060)' error.
Click to expand...

Thanks, I just double checked the config and found a small issue. I appreciate you posting the issue.

No problem, good to see the issue is resolved now. By the way, a few hours earlier I sent you a message about it to your Skype, but I guess you're no longer using it? If that's the case, the forums thread (Forum - Westeros (http://callofdarkness.com/?subtopic=forum&action=show_thread&id=11)) should probably be updated. Also Livechat - Westeros (http://callofdarkness.com/?subtopic=livechat) doesn't seem to work (it says it cannot connect to chatwing.com).

A tip would be to add some screenshots to the thread. Right now I don't even wanna read through it cuz it looks so bland.
OP

Thanks for the feedback Shade. I wasnt going to respond but I thought it would let you know that your advice didn't fall on def ears. I am finding it hard to showcase the hunting experience. I wish I had taken footage during the last play through.

you should get a custom client, i want to try it out but it wants to replace the files for another ot ive been playing for years and thats quite annoying so thats preventing me from trying it. also not just for me but it makes the ot experiance alot easier when you can just connect to the server in one thing other than download this and this and use them both every single time
Last edited: May 6, 2019
OP

Fat Boy, I was already working on a temporary solution. I'm not sure if I did it correctly, so that It will save your other files. Feel free to check the download link and see if that solution works for you. Thanks! If not, I will continue to study the subject and get a proper custom client in place.

liking it so far we need more than just ice runes tho since not everything is weak to ice in the game
Last edited: May 6, 2019

Started playing 2 days ago and here are my impressions:

About gameplay:
You start in Tristram (Diablo vibes ;O), there are a lot of monster camps and dungeons, which have random chest generator implemented - every couple of hours chests get new content. I like discovering so 100% Custom Map is a big + for me. There are a lot of bosses, some monsters are different than "normal" (e.g. dwarves are strooong).
Every profession can summon creature, that will attack, tank or lure as you wish, also they are changing and getting stronger with your level.

About Administration:
GM Alucard makes updates and is improving the server day by day. He is online everyday for couple of hours and everybody can ask him for help or give him suggestions (one of mine he implemented immediately).

looks cool man. i will give a try seems like fun custom ots
OP

This weeks updates. These updates were made by priority of the players. Thanks all who have tried COD and given input on its development.

Time Heal! updated to exclusively heal party members and party member pets
Additionally you no longer need to be in a party to cast Time Heal!

This Server has a nice Community and an awesome Pet System. Every Class has his own pet which can be evolved when you get higher lvl. Thats pretty cool The Map is Really big and full of details for example: 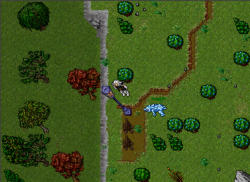 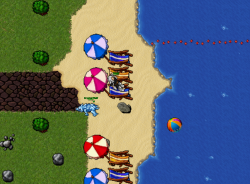 This is the lvl 60 Archer pet, he has a strong Dmg and is Ranged too. So its a good help

Like Wild345 said before Alucard is online every day for a couple of hours, and you can ask him if you need help.

Some new screenshots from team hunt on newly added areas: 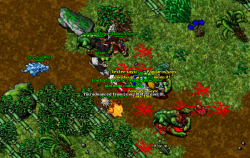 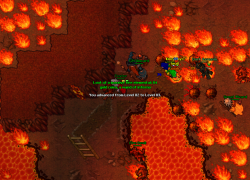 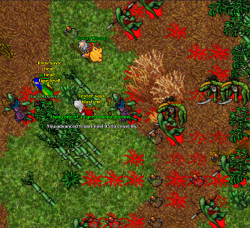 I been around for over a decade here and playing tibia since almost release, 2000 and 2001.

First time i logged on and first 15 levels where great, then it gets hard. You get 0 skills while leveling and promotion isnt 20, not 50..... no no no its 80!
So when you log in u either need to suck dick into a guild or grind with the starter spells.
2 minutes into game the GM asked me if ineed help and said community was great. I said this week later.

person who said these things I left out to not cause harasment.
But this server needs to change, its like a frat house, except WORSE. Atleast the frats have your back when you need it.

Is this guy some kind of otland troll trying to pull your leg?

vorless said:
First time i logged on and first 15 levels where great, then it gets hard.
Click to expand...

Promotion on this server gives way more than in tibia or some other ots (powerful spells, way more hp/mana recovery rate, some proffesion even more hp/mana gain per lvl), so it's logical that it is available later.


vorless said:
So when you log in u either need to suck dick into a guild or grind with the starter spells...
Click to expand...

I don't rly know what u are talking about later on.
You can easily get that hardly earned lvl 20 of yours in less than 2 hours. I got 80 lvl that is shown on pictures above in less than 2 weeks with hunting mostly on green stamina, while being new to this server with no free items on the way and playing alone till that one team hunt that i made screenshots on.
Last edited: May 21, 2019
OP

Alright mods, this guy is the same user twice. Its funny because his character "06:20 Orion [20]: so much for nice community " shares a name with this one. Deff a troll, or just a really poor player who unfortunately picked too hard of an OT.

Using a secondary user whilst breaking any forum rule/making hate speech just means a banished sockpuppet user for me.
V

That was not me by the way. I played that server for along time,just because I dont like the community now and quit doesnt reflect the quality of the staff or the server itself. Just the community who pked me over and over for 0 reason which is just harassment. Apologies for whoever the troll was.

As u can see I been on OTland over 10 years so I know trolls happen, sorry about that. Also Orion is a popular name in games.
You must log in or register to reply here.
Share:
Facebook Twitter Reddit WhatsApp Email Link
Top