Good afternoon guys, I want to invite you to know a little about our project “Pokémon Online SVKE”, for those who don't remember or didn't get to know, the poke svke was the first Poketibia server and was very successful in 2010, he was closed and reopened a few months later as PokexGames, we are talking about 10 years of constant updates in the game, to distance itself more and more from its predecessor svke, for those who want to remember the old days, feel that adrenaline and nostalgia that over the years has been lost or want to know how was the first root poketibia that existed, so stay tuned that our goal is to bring as the deepest origins of svke, we have been working for some time to make everything as possible, so that every moment in play, be nostalgic for the player, if you were interested please stop by our website, and our social networks on Discord and Facebook. Come and bring that glorious past back and really enjoy it. 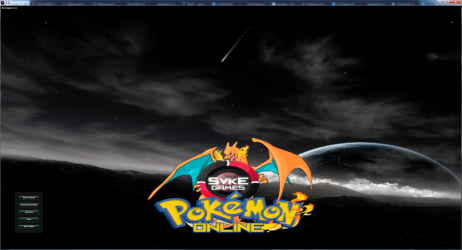 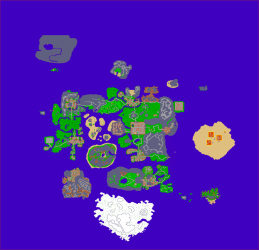 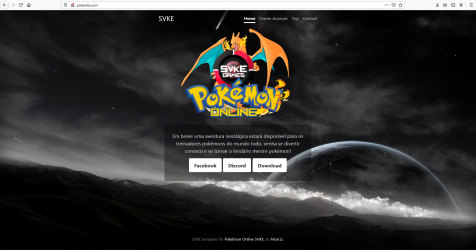 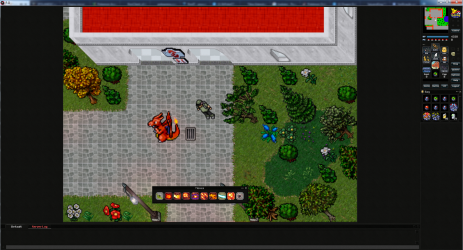 -----------Patch 0.3 11/01/2021-----------
Removed attack Stomp of Ponyta and adjusted of lvls of all moves.
Added Wing Attack in Spearow, and adjusted of lvls of all moves.
Updated level to use Spearrow, decreased of 10 for 5.
Replacement attack Gust for Whirlwind in Fearow.
Added attack Hypnosis in Gastly.
Correction on the edges of ice that were bugging the surf
Correction go/back.
Configured Kraby and Poliwag for be pokémons passives.
Configured distance of target the attack mega drain.

-----------Patch 0.5 14-25/01/2021-----------
sorted out bug of pokemon that were passive not auto target when they were released and had already targeted a wild pokemon
sorted out bug of attack from magmar and electabuzz to crash the customer.
Balanced all Pokémon experiences individually
All loots have been adjusted
Correction of the cerulean quest.
Fixed some wrong stone drops
Added the NPC Flint that buys Stones in Pewter.
Corrections in the balance of all Pokémon, both wild and players
Added NPC Susy in Celadon
Improvements to some initial spawns
Fixed bug of getting off the fly in the water
Double elements removed
All the pokémons of both wild and players have been rebalanced
Rebalancing in Fishing.
Adjust levels to use some Pokémon.
Damage adjustment.

-----------Patch 0.8 08-12/02/2021-----------
Correction in the price of some items that were wrong in the sales npcs on the server.
Added the auto updater on the client
Correction of the problem with dlls on the client has been solved, when you open the client a fix update will be downloaded.
Added a new updater on the client, with a possible correction of the problems that people are having a crash on the client after logging in a few pcs, we will need the feedback of those who are having problems to see if it was really corrected, just open the client of you that the update is downloaded automagically, for those who were able to log in normally, it will continue in the same way.
Update on some respawns.
Fixed some loots.
Added Delia Ketchum Quest. (Start of the boost machine and boxs).
Update on the client (1.3), improved interface on the movesbar.
Correction in npc Max, is now selling the items correctly.
Added the SS Anne in Vermilion, it is still inoperative, but you can get in there to talk to Captain Jones (In development.)
Update on the client (1.4) to add sprites for Npc Max items.
Loot fixes reported yesterday.
Fixed loot rate.
Vermilion boat access added.
Added the battle npcs on the boat, levels 20 to 30 can already beat them to train, they are part of the jones quest that is being completed.

-----------Patch 0.9 13-14/02/2021-----------
Added Jones Quest (Box1) LV 30 on the boat.
Added the mushroom to be sold at npc Hugh.
Removed information about jotho pokémons in pokédex evolutions.
Adjust the time of use of the String Shoot move from 10 seconds to 5.
Removed the id from the! Online command list.
Renamed "Antidote" to "Medicine".
Correction of XP loss when dying, players less than level 10 were not losing XP, now it has been adjusted to the minimum level which is 5, that is, players level 5 do not lose XP when they die because it is the minimum level to use Pokémon initials.
Correction in the initial items that could be thrown on the floor (Two new items were created, Initial Potion and Initial Pokeball.)
Adjust the amount of basic loot in Pokémon.
Added Rock Stone Quest (30 ++ Flint).
Added Water Stone Quest (40 ++ Helbert).
Correction to the Pot of Moss Bug Quest reward.
Correction of the level of Geodude's moves.
Correction in Sandslashe, Sandshrew and Dugtrio loot.
Correction in the effect of when launching the pokeball.
Correction in the appearance time of the Pokémon capture effect.
Geodude XP update from 350 to 325;
Update on the pidgeotto's xp from 375 to 390;
Update on geodude chance from 40 to 30;

-----------Patch 1.0 17/02/2021-----------
Creation of the account registration screen on the website;
Creation of the ranking screen on the website;
Creation of the contact screen on the website;
New command toponline and help on the bot;
Balancing all the characteristics of flying, riding and surfing; Increased play speed from 220 to 240;
Correction in the Venom quest of the npc Colin;
The capture of fossil Pokémon has been disabled;
Disabled use of potions, revives or remedies during battle with npcs;
Added an option to use Medicine in the player;
Removed the player's body when dying;
Correction in the bug that the player when paralyzed does not perform actions;
Correction in the loots of some pokémons that were wrong or missing.
Correction on buy Houses.
Balance in the loots of all pokémons according to the selling price in the npcs, below is a rarity of each item:
Items less than 1 dollar: Common;
Items from 1 to 19 dollars: Uncommon;
Items from 20 to 100 dollars: Semi Rare;
Items from $ 101 to $ 499: Rare;
Items from 500 to 999 dollars: Super Rare;
Items from 1k to 4999 dollars: Ultra Rare;
Items larger than $ 5k: Secret Rare;
Items that are Stones: Stone Rare;

-----------Patch 1.1 20-23/02/2021-----------
Correction of the use of medicine in players, is now curing the effects of Stun and Paralize;
Correction in Thunder Wave and Thunder, are now giving the effect of stoppage by discouraging.
Invisible Correction, was turning the Pokémon into a bulbasaur by avoiding being invisible.
Added Snoop Dogg and 50 Cent Quest.
Written the battle npcs of the rocket team in celadon.
Added a Rocket Quest (box2).
Written by npc Yumi in saffron, he locks the balls.
Correction in the quantity of Rocket Quest items.
Added saffari zone.
Added to Gary Oak Quest (Box2 and Boost).
Added Boost machines in gary's lab.
Fishing Balance.
Correction in the quantity of Rocket Quest items.
Correction in Scyther's Shredder Team move.
Correction to Scyther's Helix Counter passive.
Level correction to use Weezing's Mortal Gas.
Update on Client 1.5:
Added new sprites;
Correction in the dll for the error "Failed to open url."
Removal of the false positive virus that some antiviruses are reporting on the client.
Click to expand...