Hello friends! Well, we have been working on the server for some time in a small group of friends. It is a 8.6 version server with a real map. We fixed a lot of things and bugs that were on the map as well as in the script codes. Our goal from the very beginning was to reproduce the game from that time as well as possible. There was really a lot of work, because many things needed to be improved. 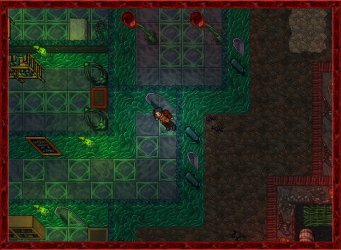 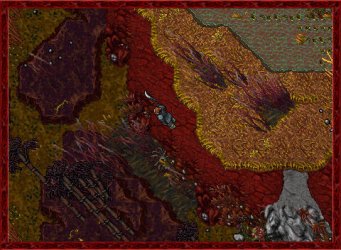 ​
And now there is a question, because the project is to be the best reproduced version of the game 8.6. What would you see best on this multiplier? We think together to do everything as it used to be, i.e. 1x. We also do not have any plans to add something new, as it could completely destroy the economy of the game. What do you think? Best regards!
A

But a larger multiplier actually shortens all the content. He is well aware that if some things do not work on the server, then you can speed up the game, but here it would kill all our work. We want to give players a new feeling of nostalgia from 2010, where Tibia was still called Tibia, without any Tibia coins, just pure satisfaction with the game and achievements. This is not another project that has been downloaded from the internet and a few bugs have been fixed. Every detail on the map, edges, places that were added in version 8.6 and that have been changed are here. Each script has been rewritten from scratch, a lot of bugs in the engine have been corrected and some changes have been made for the game to work like version 8.6. Each boss respawns in exactly the same place at exactly the same time as it used to be, each raid is designed and planned in such a way that it will surely bring joy to the participant. There is still some work but patience. Meanwhile, I encourage you to participate in the survey! best regards

It promises to be good, let's wait and see what the end result will be, in my opinion 1x rates this is it, of course if everything works, good luck!

Wolfsoft said:
Our goal from the very beginning was to reproduce the game from that time as well as possible.
Click to expand...

you mean, 99% elf bot players? good luck with your project, I'd do some high rate, not even cip tibia nowadays is considered 1x anymore xD
A

Bots will be severely punished, and we are constantly working on the program and features to make the bots discoverable, although it will take some time, I think. @Evil Puncker Not considered because there are preyes, some boosts, so the multiplier is always higher. This is not the old version of the game, I mean version 7.4, where there were no wands, you created runes yourself, and the monsters had different mechanics. Version 8.6 is simpler than the older version, besides, ending rookgaard, you get some basic stuff when choosing your class, which makes the game easier. First of all, we do not want this server to be for a while, or as it is now fashionable for seasons. We want players to stay with us longer and enjoy the game. By giving a higher multiplier, players will let go of a lot of things, quests, accesses, tasks, outfit quests, making everyone do a fairly high level, and mainly the game will be PVP based, where after a while it will get just boring. We have all boss raids, world bosses, hallowen rabbit raids, so it won't be a server left lifeless. Our team has one very talented mapper with many years of experience + a great coder and scripter, so if players decide to introduce new content, we will do it, introducing a completely new and own thing. For now, we are focusing on the stability of the game and all its aspects. Time will show what players will want and what they will want to change. Best regards!

Which engine is better right now for Tibia 12?

Its just another old server XD

How to extract spr from ROTS (SOLVED)

I have a question about server and story i'm working on rn.

what are the main spawns for level 1-300 in Tibia