Dura's Ankrahmun: Revising game design. Content that is 50% vanilla and 50% custom. What went wrong at the breakmark of Tibia and what was still right

Wanted to bring up the installment that was Ankrahmun. As many of us know it was the transitional mark for many things that led to the deterioration of the game Tibia. It would set the groundwork on how the game was designed going forward on many points, near all of which were sharp landslides downward to what the game previously offered. Spending an enormous time analyzing it to the fullest extent with the goal to understand all parts so it can then be parsed and re-approached for a design that corrected what was wrong and kept what was right, and even deepening and expanding what is the core of the game.

Our server Dura we believe has done that. Overhauling the installment in entirety leaving no stone unturned we believe we have recreated an Ankrahmun that is both original and custom, truly about 50/50, and by doing so we have used the principles and charms that make the game so great that come before Ankrahmun applied to Ankrahmun and in so doing have made something that has all the camp flavor and richness of the original game while retaining balance.

As times goes on I hope a rich discussion can be generated as to the subject. I'll be happy to get into the mix where I can as I have spent 60+ hours a week for over a year on the subject but am always ready to learn and improve. An obvious one is how imbalanced Ankrahmun's Tombs were, no feeling, lore, or atmosphere, just boxes with monsters which would set the trend for all the future. Will Dura have tombs, we can't say, but suffice it to say if we did they would be treated entirely differently.

To start off here are some pictures to give a taste of our revision. Unfortunately it is somewhat hard to convey story-arc, and anything that demands continuity like the macro-balance of vocations or economy etc, but I'm sure in time I'll be able to make it happen. 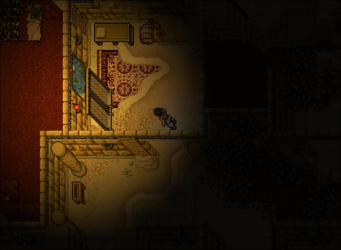 Never forgetting the power of story, allurement, and mystery... 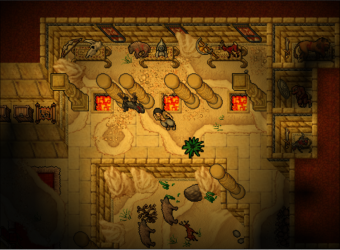 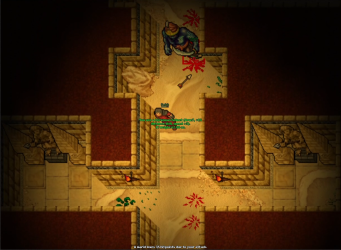 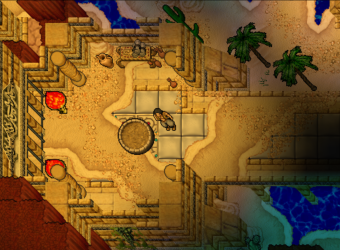 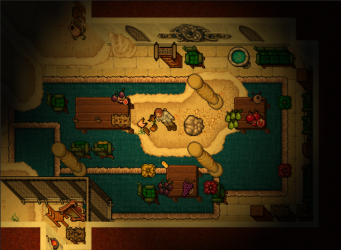 What's a new world, a new culture, history, and climate without NEW FOOD!


With more to come no doubt,

Feel free to continue the discussion on our game's, Dura, website: https://dura-online.com/
and also are Discord: Join the Dura Discord Server! (https://discord.gg/z9wTy6J6k5)

Dura is great but too hard for todays players. I check how man ppl they have online daily and unfortunately they barely go above 70. The fatc that most old school players ar enow working and taking care of adult life responsibilities makes it hard to play a server where the progress is so slow.

Post automatically merged: Nov 25, 2021
Dura is great but too hard for todays players. I check how man ppl they have online daily and unfortunately they barely go above 70. The fatc that most old school players ar enow working and taking care of adult life responsibilities makes it hard to play a server where the progress is so slow.
Last edited: Nov 25, 2021

70 Players isn't bad at all if it is players and not MC.
If you compare to Retrocores which have say 400 online but maximum of those 400 is 50 actual players rest is AFK/Bots. (Nothing against the server, but it's the fact )

Kungenn said:
70 Players isn't bad at all if it is players and not MC.
If you compare to Retrocores which have say 400 online but maximum of those 400 is 50 actual players rest is AFK/Bots. (Nothing against the server, but it's the fact )
Click to expand...

well i get your point, but actually retrocores has about 100 players, not because the serve ris better but because its easier without being too easy, more suitable to noways demands.

Love threads like those, even tho im not fan of rl map, always nice to see some custom content.

Lucerna said:
Dura is great but too hard for todays players. I check how man ppl they have online daily and unfortunately they barely go above 70. The fatc that most old school players ar enow working and taking care of adult life responsibilities makes it hard to play a server where the progress is so slow.
Click to expand...

Adposatnr said:
at some point they had like 200+ players however they decided to change rules without any poll and few months after server start so acc sharing become illegal making it almost impossible for one side of war conflict to keep playing and fighting
Click to expand...

I believe they had around 120 players and the rest was mcs. Dura staff doesnt seem very tempted to accept fake "good" oline numbers like some other ot owners.

Lucerna said:
I believe they had around 120 players and the rest was mcs. Dura staff doesnt seem very tempted to accept fake "good" oline numbers like some other ot owners.
Click to expand...

might be there was point when u could wait a month to delete obvious botter like this one however they become better with deleting botters and mcs after some time atleast if they're not their friends i guess?

but they had like 230? 240 online in peak pre-otserverlist stuff dura problem is mutual admiration club playing this server together with tutors and cms out of nowhere u might end getting deleted with entire team because rules can change after year out of nowhere whats wrong?

I'll respond to a few of the comments made so far.

It is accurate to say that the rules of the server became significantly more strict after the server had already been online for a few months and that this was unfair to players who did not have the opportunity to benefit from a more relaxed rule-set, but it is inaccurate to suggest that anybody might "end up getting deleted with entire team because rules can change out of nowhere").
The rules changed but the change was not applied retroactively - the change was announced and only those who broke the new rules going forward were ever punished.

Regarding macro/botting/mc: People are always going to try and get away with this and developers will always be on the back foot regardless of how sophisticated the detection systems are. Most of the botters and MC's were eliminated when I rolled out the otclient-based custom client though, and the macro'ers are constantly cleaned up by manual GM efforts. We are not perfect though and keeping on top of it is quite time consuming. Unfortunately we fall short of the expectations of some players on this front, but we truly do our best.

This discussion thread is about the upcoming update for Ankrahmun, though! I am really excited to see players take their first precarious steps into the unknown areas of Ankrahmun.
G

Dura is the best server if you are an RPG lover. Great community, roleplayers, great quests, custom stuff. I'm so addicted to this game.

Damn excited for this update, and glad to see the prioritization of thoroughness. I'm betting it'll pay off bigtime in the long run
M

Best server I ever played so far.
And still doing it 😄
Thanks to the staff for all the effort and time you put on it!

I remember clearly when people started trading and sharing dura accounts on facebook groups a few months ago. Marketplaces are created to ots like dura and tibiantis because they are hard and the gold and stuff you get there are worth some rly nice money for players in south american countries, especially venezuela. I also remember administrators of those groups telling people to stop advertising the name of their chars because they had a dura adm there banning those who were trying to sell their accounts on the group. Everybody thought it was a little bit exaggerated, because if god is willing to go so far to ban people its just to risky to bot and have mcs. Around 30 ppl, owners of more or less 80 chars, left the server in about a week and we cant forget bout those who leave not ebcause they are cheaters but rather because they relay on the cheaters to get runes/money and enjoy the idea the the server has more "players" online. Its a hard reality for old school servers. You gotta decide if you really enforce the rules and risk loosing "online players" or if you enforce them in a relaxed way, like some other guys are doing. I would personally be in the middle, but i cant criticise dura adms

Aye its not the server if you want to buy gold and account share/trade. 70 is a low estimate for average pop, as I'm writing this it's at 90. "Dura is great but too hard for todays players" Is a great advertisement tbh. It does not appeal to people who want things quickly, that's true. Looking forward to ank update. We saw player count up to 120+ during last event, will be awesome to see what ank brings!

Fight old foes in areas not seen for a thousand years...

Under the blistering sands, where the dreadful air hangs stale and hot, untold rumors linger in trails of myth and whisper, tall tales from the venturers who come in from the kha'labal. Below the desert untold power and death awaits the explorer... Dura will offer the depth that a mutli-elemental system provides without allowing vocation imbalance via magic-superiority. All vocations will benefit from these elemental types of damage, and yet it will not be tied to magic but each vocation's strong points.
OP
OP


Rahk, the rogue elven archer has come back from under the sands of Ankrahmun and heard that Elane offers new types of magic. He learns quickly the use of these new types of weaponry and has his torch-lit eyes set on a dreadful abomination to use them...

What else awaits Rahk, what remains to be learned...


New Spells and Weaponry to set the stage for vocational balance without losing the core fundamentals that retain the distinctions between the vocations. Lore: By the princess, Theripat

It is in the place of my namesake I must spend at least what is worth two days of each lunar quarter. It is without the sun here, which I think seems strange since our goddess is one of the sky but I do trust the priests. But the dark surely is much to bear, though the glow from the water and the torchlight does help and some of our plants even give of a faint show of light. I am told it is my honor to tend the plants of Theristrut, as beset by my birth. Milk must be attended to the leaves, honey to the soil, and water down along the stalk. This being a solitary chamber brings solitary company at time but luckily my maidens as friends are allowed to come each 3rd day. Although I hear in time this will not be a lone place, there are talks of expanding into other chambers, even for my distant descendant to make this place his house of death, so that it may be blessed by both god and god-king. Sounds dreadful, but I pay it no mind, I simply look forward to the end of the season when I able to leave this place.

[cramped and small below is written]

By the way there is this lovely young officer who has been stationed here to watch me from my father's guard. I have seen him share eyes with me though he quickly darts those black beads away in embarrassment. However once when I caught him and I giggled with my voice first and my eyes second I saw the curl of a smile rise on his face.