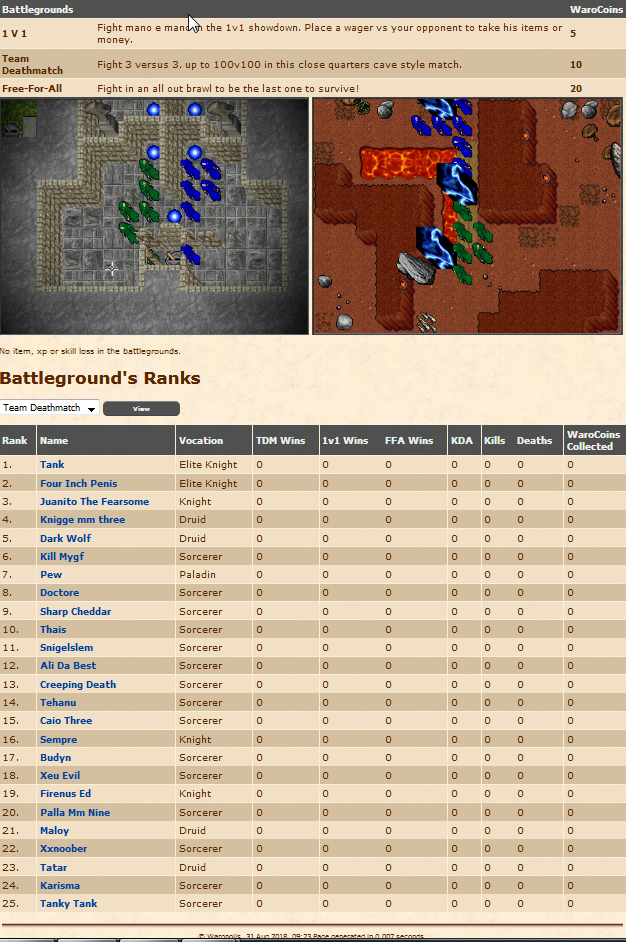 Earn WaroPoints to spend on awesome items, outfits, titles and many other things.
1v1 / Team Deathmatch(Teams of 3 or higher).
Bored? Spectate Battles.
Bet money and items on matches! Get your opponent to bet everything away! 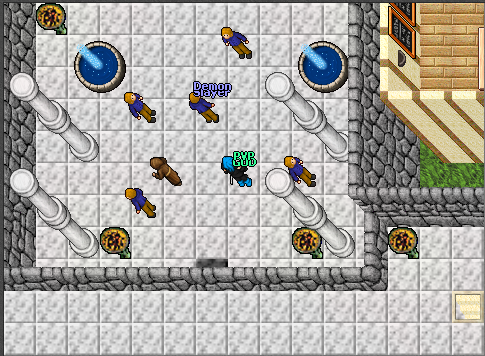 Earn cool titles in-game that no one else has! Showoff your personality. 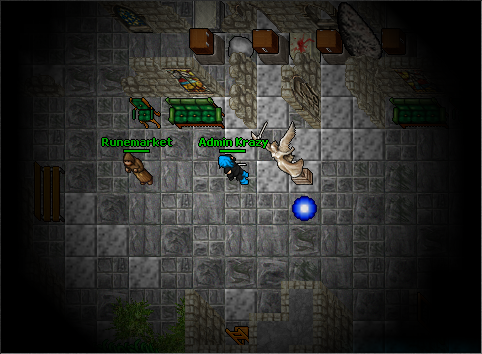 Come make a new team to complete new quests around the map!

A few notes: deathloss is higher, dying will hurt in this edition(Easy to gain back),
New content will be added for empty aspects of the game(more high level content, nothing to do areas etc)

No Ot To Play

Can you put the full rates please? what level is 3x?

SERVER IS NOT RECOMMENDED
Last edited by a moderator: Aug 31, 2018
S

I'll be there helping out boys, hopefully we can get some more enjoyable moments, cheers and gl everyone!
S

We have a lot of work to make before we do a proper low-rate edition - we're still slowly checking war system (Actually, Krazy has said all bugs with war system are fixed, so this server launch will be testing the fixes)
- and adding thing's over time. If we ever make a lower rate - we want 100% bug free, so nobody's time gets wasted/ruined

nice to see it back

ZERO recommended.
Accused Ryan/Marcus for spoofing and he did spoof. He even admitted it on this forum.
I played it and the REAL player count was always -100.
here is the thread if anyone wants to read it before he delete his comments.
Dishonesty in the OTS community (starting off with the OTS Septera/Nostalria)

the thing that bothers me the most is that he was ALWAYS advertising that his server wasn't spoofed like others.
Last edited: Sep 1, 2018

Who cares? I was having fun on 1st and 2nd edition for almost month as I remember. Everyday they were 60-100 active PVP players and we fought 24/7. If GM brings old rates and lootrate not like on latest edition I'll ptobably enjoy it once again

Today, almost every server does not have a real number of players, because on all them have bot farms or training monks and they are much more cheated servers.

Here, at least, no one uses a bot farm because the soul system blocks them and the number players is probably more natural compared to other old school servers.

I think that his server did not deserve bans on the ots server list, it would be better to ban all other currently available servers for the cheated number of online players for legaling use bot farms and false online list by this.
B

Cukierasek said:
Who cares? I was having fun on 1st and 2nd edition for almost month as I remember. Everyday they were 60-100 active PVP players and we fought 24/7. If GM brings old rates and lootrate not like on latest edition I'll ptobably enjoy it once again

Oh i forgot @bigboyotland go and play Your KASTERIA which is not totally spoofed ^^
Click to expand...

I was the first to blame wille when his servers were shit.
But right now, his server is the best I have ever played and I played all of them, from shadow cores, lunara, waropolis, medivia, ryan's, marcus, etc
Nobody can compete with kasteria right now, smooth, 0 lag, 0 fps drops, the custom things are fucking insane.
The hunting grounds also, like walls, warzones... not like waropolis, just random bog raiders on a cave that give so fking much loot.
the war going on also, not 5 vs 5 bullshit with manas fluids from 7.6 that you won't die unless u are trapped or they spam ue.
The pvp battle that last 30 mins with 200 players every day..
All hunting spawns taken by 4-5 people...
Like I said, he has ZERO competence.
And Waropolis lost all his reputation by advertising he was not spoofing and spoofed.

Will give the server a shot, but fix this as soon as possible

Client will release on launch date."

Will try it also!

All available ots server lists it's owned by otland?

If no all are it's owned by otland you can to add server to other list server.

nice to see waropolis again, hope some people gonna join to fight. I'll be there !

Hold the vibes and burn the marijuana

Tampik back said:
All available ots server lists it's owned by otland?

If no all are it's owned by otland you can to add server to other list server.