@Mehah, Thank you so much for your contributions earlier today. I have made a new issue for you. It seems that when you try to move forward after moving in a diagonal pattern, you almost "moonwalk" in place. I made a video here:
OTClient Bug - Diagonal Pattern Moonwalk

You can also see the Github issue here:
Player Runs in Place After Moving in a Quick Diagonal Pattern #23

Thank you again for your work. We all appreciate it very much.

Hi, can anyone check on vanilla OTClient 1.0 and vanila TFS if this drawning bug happens to you aswell?

I'm using !z 51 command and as you can see on video, it makes light effects but does not draw magic effect or it is supposed to work like that?

2) Sometimes it can't render properly things if they are on the bottom edge of the screen. 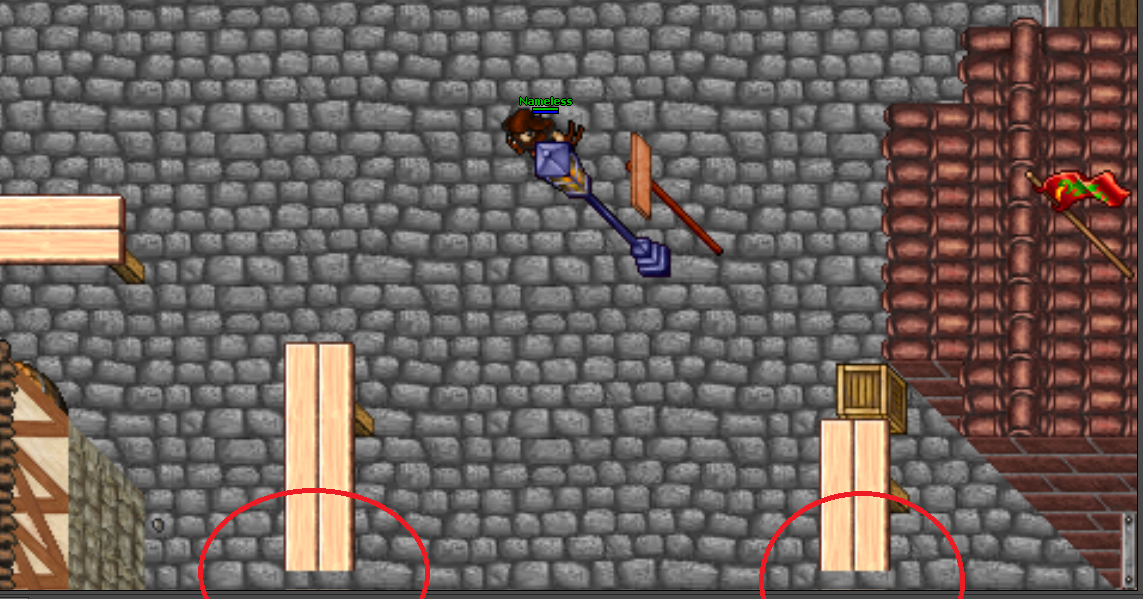 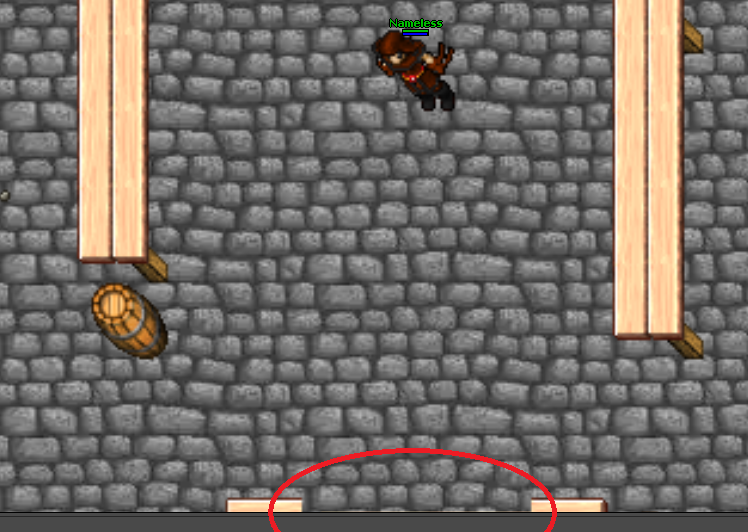 themate0 said:
Hi, can anyone check on vanilla OTClient 1.0 and vanila TFS if this drawning bug happens to you aswell?

I'm using !z 51 command and as you can see on video, it makes light effects but does not draw magic effect or it is supposed to work like that?

2) Sometimes it can't render properly things if they are on the bottom edge of the screen.

1)
this effect has a pattern, so you should use the effect with id 46, which is without a pattern 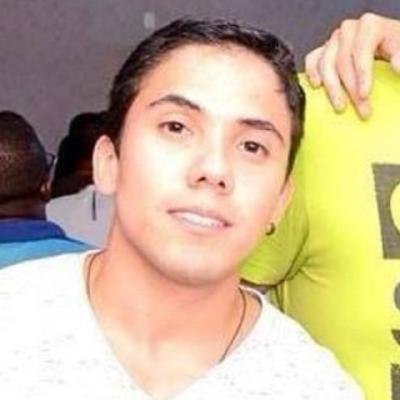 fixed rendering with items that have offset. · mehah/[email protected]

[Topic]
we are reaching the final stretch, soon ot1.0 will be officially launched.
Last edited: Jul 30, 2020

As part of OTC 1.0, we knew that battleList had issues for a while know (first issue raised about it on nov 2017, ironically by me): 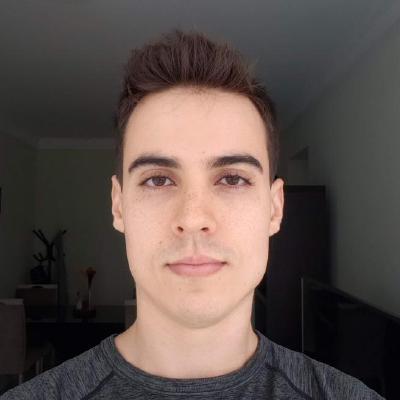 When you have too many monsters in your battle list the fps drops drastically. Before creating an issue, please ensure: This is a bug in the software that resides in this repository, and not a supp...

I've felt tempted to compare some implementations of this module and understand (really understand) what was causing this.

Vanila OTC:
Comments: We are spending too much calculations, especially on distance case and the way we "insert in a sorted way" is basically iterating and trying to find the correct position, which has a cost around N/2 being N the size of array. Also everytime we need to recalculate the sort, we do M * N * log2(N) * C, where N is the number of creatures in the array, M being the number of movements and C being the number of corrections we need to perform in the array. It's easy to understand why this explodes so quickly;

OTC V8:
Comments: The idea started wrong, the biggest advantage in this case is information, aka called "entropy".
Throwing away all this information leave us with no choice than sort it from scratch every single time, but I believe this was intended as this is exacly the approach he chose (in 1, 2 and 3). We continue to spend the EXACT amount of calculations every single time the local player moves but we did had a significant improvement in the checkCreatures function by only asking for the getSpectators to give us the creatures that are currently visible in my zoom mode (which means if you zoom in, it will return you less creatures than vanila version). While this small improvement is good, by deleting the events, Kondra made the list worst than it was initially, since now NO MATTER WHAT we will recalculate 10 times per second, so our complexity would be something like this:

The first part is related to the automatic refreshes, being R the Ratio of refresh. The second is related to movements of local player.
The good thing is that despite the mess, kondra actually had a lot of good ideas that he tried to put into practice in his code such as:
... and the most important one:
But ok, you might be asking yourself now "why the hell I'm making those comparations?". Understanding the flaws is the only way to start making something better and while I have came up with a new implementation of my own, I want you all to understand the concepts and flaws because I hope someday someone improve my code even further as there are still some TODOs that needs to be concluded.

OTC 1.0: -- After pull #24
Comments: While I still don't have implemented most of V8 ideas, by using binarySearch and Insertion we reduce the amount of time to search from N/2 (average) to Log2(N) (worst case). While this may sound strange to understand for people who are not from computer science, for 100 monsters it would mean 50 checks vs 7.
I could reduce this even further by instead of saving data on battleButton, actually saving the index of BinatryTree, this would make access time be constant (1 check).

The bad thing is that now I'm using 3 arrays (battlePanel, battleButtons and BinaryTree) instead of two but we could do further improvements to have the binarytree be actually our battlePanel if I'm not mistaken, but in this particular case our goal is to reduce processing and not memory.

I highly encourage you to test this rework, report issues and more importantly: understand the concepts and check the TODOs to see if you can make it better. This is an issue that has been going on for years now and took me several days to actually start understanding and rewritting it.
Any help is welcome, remember that this will be used by all of us.
Last edited: Aug 1, 2020
J

That is the question

Can someone point me lines with "Idle Animation"?

jestem pro said:
Can someone point me lines with "Idle Animation"?
Click to expand...

That is the question

oh yeah I have searched but the github is so complicated.

Well, I always wanted to help the community, but I had to choose, life and personal projects or the community, I ended up choosing my life, but things changed with the arrival of COVID and now I have time, so I will be making some corrections and improvements in customer performance, I do not guarantee exorbitant improvements, but enough to keep FPS stable on any machine, even with an I7 4770 + RX 580, I have FPS drops with many interactions.

Ahh, not forgetting, I don't intend to work on this project for a long time, at first, until the end of July, but it will be enough and feel free to report and help.

What has been done so far?
1- Fixed Walk System (Removed Dash, it is no longer accurate.)
2- Support Idle Animation

What will be done?
1- Bug fixes and FPS stability
2- Creation of a component to better manage the modules.
3- Possible True OTML, using HTML and CSS writing. (Maybe I won't have time for this)

OBS: I do not intend to maintain compatibility with old Tibia versions, only 10.98+
Click to expand...

Hope u can do the 3 one
"3- Possible True OTML, using HTML and CSS writing. (Maybe I won't have time for this)"
Cant wait to make some good UIs

sabodden said:
Hope u can do the 3 one
"3- Possible True OTML, using HTML and CSS writing. (Maybe I won't have time for this)"
Cant wait to make some good UIs
Click to expand...

Well, there are already C++ frameworks for HTML5/CSS/JS based UI so it's not like he would have to write everything from scratch.

this project looks cools , i hope someday someone add feature to handle old protocols like 8.6 7.72 etc

@Mehah Yo sick work you have done so fare, i sent you a dono. Have you finished updating this (i know its fare from finished)? If i recall you said you were working on it until the end of July. Just wondering because i might try compile it and have a play around unless you have some changes planned soon.

there's this weird lag between monster and its name, as you can see in the gif, whenever I set framerate = max.
When I set the framerate down to 60, this does not happen.
Not sure what is going on, has anyone experienced this before?