25 minutes to go! If you will have any questions or problems feel free to ask us in the game and/or on discord We hope you will have a great time on our server.
OP

Solteria has started, I hope everyone will enjoy their stay even with some problems at start

First changes were made, some bug fixes and quality of life improvements. Changelog can be found on our discord

after gathering some players feedback we made a first small update on Solteria.
Tommorow after save our server will gain a new NPC Imagaz who is studying heavy old tomes and preparing a ritual to make using waypoints faster! 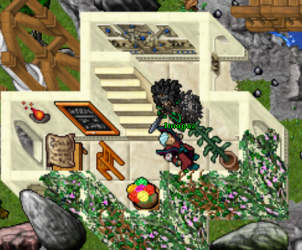 We also expanded our custom mobs spawn - Desert Centipedes, now they got also an underground spawn:

As the last mini-update feature will be putrid mummy spawn. The spawn is located on a small desert on Thetford. There is also a small chance to obtain Fist on a Stick by using sarcophagus on spawn: 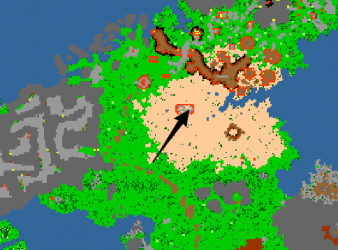 Thanks for every feedback and see you on Solteria!

We are fixing tons of stuff and with step by step getting some newer players!

From today's server save you will be able to buy magical gold converters from the npc Elwin in 2 variants(300 charges - 9k gold and 500 charges - 15k gold. It automatically changes gold coins into platinum coins. One charge is 30gp.

- Added dungeons and last raids on the website.
Tomorrow there will be global bewitched event. Whole server will need to work together to finish it. If server success there will be 50% drop & skills for whole weekend. You will be able to track event progress on the website under boosted creature.
M

Neat server but lacks custom features which didn't keep me going sorry to say, the system is just too basic like shoot with wand deal 60 and use sd hit 300 etc.

Other than that it's a very nice server mapping wise and boss fights/questlines which I actually like.

Thumbs up for creating a custom server overall.

Mr Geni said:
Neat server but lacks custom features which didn't keep me going sorry to say, the system is just too basic like shoot with wand deal 60 and use sd hit 300 etc.

Other than that it's a very nice server mapping wise and boss fights/questlines which I actually like.

Thumbs up for creating a custom server overall.
Click to expand...

Thanks for opinion, but as we answered in discussion channel earlier we don't have any plans for adding new spells. Custom items and monsters are enough for us. Cheers!

Today Bewitched event launched on our world - help the witch to get a bonus loot/skill rate weekend. Witch is located in Thetford sewers - you can enter there in these spots: 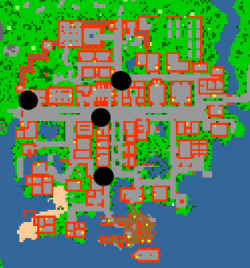 Changelog 22.06.2021
Another day another monster fixes


Solterians managed to make our small world event and everyone in the weekend will receive 50% more loot and skill rate!
This is a great opportunity to start your journey

Due to some server lag in the night server had a few hours downtime. As a recompensation we added everyone a 500 use exercise weapon (if you are new and want to have a small advantage - message us on discord or in game so we will give you one free as well) and this weekend will also include 50% EXP BOOST.
Sorry for all the problems, we hope you will be satisfied with our small gift and apologies.

16:07 New record: 43 players online. - online record after over a week of the server, great news - thanks everyone for joining us!

Last day to start with a small boost during weekend

bump - we got first 200 levels on our world after almost 2 weeks. Congratulations
We are preparing a small update for you guys - it will be up before weekend so keep visiting our site to check for some news. 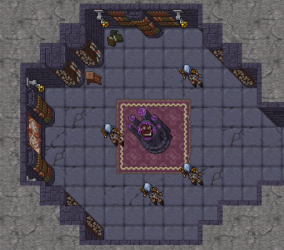 Abandoned Laboratories are already live on our server!
Today we want to introduce to you a new spawn with custom monsters - Desolated Magicians. These creatures were locked in a Thetford Mages Library for a very long time. After tommorow's save you will be able to enter their abandoned laboratories and find what secret lies behind the book with magical barrier.

These monsters are designed for 100+ mages/druids. Since they were alive before - they were studying energy magics. After death they still posses that element so it is wise to bring some energy protection equipment. Their focus on energy school made their earth and fire protection lacking so this is a good choice to attack them with these elements. In order to look for this spawn you need to go north from Thetford and enter the cave here: Banned for disagreeing with formulas. Check them for yourself, but don't say anything! Gm is not willing or capable of having a conversation without insulting you.

elexer said:
Banned for disagreeing with formulas. Check them for yourself, but don't say anything! Gm is not willing or capable of having a conversation without insulting you.
Click to expand...

Well, actually you insulted like 5 people on World Chat for not giving any real argument or comparison - on top of that you posted a USSR flag on our discord - I won't argue with you and will extend that ban - just grow up for a normal conversation for the next time, racist kid

5 people?! I was aware of 2, I called them simps for sticking up for you after one of them called me butthurt after you insulted me by saying I must have bought my character on rl . "grow up for a normal conversation"<<<< >>>>"racist kid" Real grown up. Good luck to you.