[Tutorial] How to run TFS on Android device [NO ROOT NEEDED]

I remember times when OTServList was been full of non-commercial OTS creating by fans for fun. When server was been hosted on PC. Maybe uptime was intermittent, but it was worth to wait for it. So, maybe I want to show that tutorial, I was searched solution for that, from melancholic reasons. But it doesn't matter ...

So, when I have found Termux project in web, I was thinking about that all possibilities who giving us linux on Android device.

Today smartphones have 4-8 GB RAM, ~a lot of cores (yeah I know - weaks, but 7-14nm looks good), but some of us started with one core and 512MB RAM so maybe it is worth a try. Additionally smartphones have some benefits, it's quiet, economy, small.

Termux combines powerful terminal emulation with an extensive Linux package collection. • Enjoy the bash and zsh shells. • Edit files with nano and vim. • Access servers over ssh. • Develop in C with clang, make and gdb. • Use the python console as a pocket calculator. • Check out projects with...

* If you don't think that touch screen is not good think to writing in terminal (like me) download putty and run command sshd in Termux terminal.

Bash:
Then set your host name (your smartphone ip adress) and port 8022 in PuTTY.

2) Install for example debian 9.
For that we use this project: 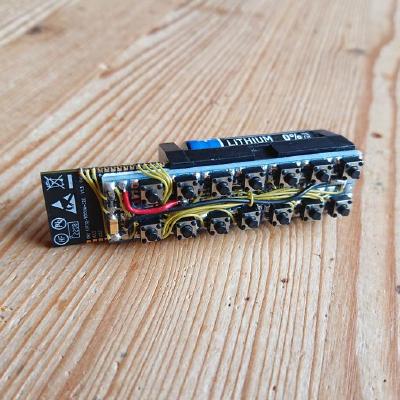 
Bash:
Installation may take some part of time, up to ~30+ minutes.


Bash:
Bash:
If you have problem with installation, restart Termux.


Bash:
In this case I was had problem with mysql libs (from TFS wiki). So I change it to MariaDB (with problems), so in this place we may have problem.

I wonder if the lack of comments on this kind of thread means they're really awesome and work perfectly.

Gonna test it soon, by the way. Got some free storage available!

I mean this is just awesome, not long ago people didn't even know what mobile phones are and nowadays this