I'm not a big fan of OTs, but this one caught my eye and I really enjoyed the last season. Looking forward to see the new one.

I created my character the first day the server was supposed to came out. I discovered days later after hard effort and long hours of gameplay that the owner had decided to change the opening date to a later date. Today my account was wiped and my character erased. The date was postponed on a whim, I imagine because there were not enough players. The game looks great and it seems that it has a lot of effort put into it. I am afraid, however, it might just be another server with good potential and bad management. I recommend the server as it was fun to play, but beware your account may be wiped just like mine. For me personally, this took all the joy out of it and I don't feel like playing it at all. Even if I can just make another character; the eagerness isn't there and instead, it is just replaced with annoyance.

Edit: I still would highly recommend you give it a try. The game looks amazing and the gameplay is very satisfying. After you play, then you can judge by yourself.

The owner also came to message me and apologize for the bad impression. I appreciate this and it's a huge + for me. I may give it a second try after all.
Last edited: May 15, 2021
G

I was confused about that...
OP

its just a current server save. Like Tibia he does daily, we make weekly.

What is exp rates?
OP

Good luck with the server, lots of hours went into it
OP

Server starting in two minutes!
B

I have problem with E-mail with my Account Number.
I am waiting a lot of time.
M

Bubelsky77 said:
I have problem with E-mail with my Account Number.
I am waiting a lot of time.
Click to expand...

Contact me via PM and I assaist you, Dont worry about antivirus false positives.
I 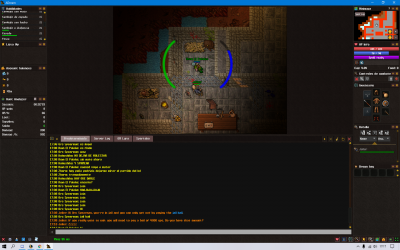 Don't get fooled by this server. Started just today and the GM jailed me just because he knew me from another versions of this server. He just did not want me to play in this servers and after the jail he banned me. Same corrupt server as every edition. Have fun!
F

This is so weird playing on this client. Im off cya!

Why the servers that download a sound pack call themselves "the only server with sound?" I mean, there are better ways to execute your thing but calling yourself the only good server with it are just redundant and worthless

ayusutina said:
Why the servers that download a sound pack call themselves "the only server with sound?" I mean, there are better ways to execute your thing but calling yourself the only good server with it are just redundant and worthless
Click to expand...

Well. I can say you the work I did on the sound system. Your opinion it's a bit mislead. Let's talk about facts:

BTW thanks! I really wanted to talk about it. I'm very proud of ADream sound system and I'm pretty sure is truly unique among OTs. It's not perfect, but it's so far from what you said.