Welcome!
​
Greed Online is a custom server built on TFS 1.5 downgrade 8.60 from Nekiro, Znote AAC, and OTCv8. Everything on Greed is unique content, you start in a fresh brand-new map made from scratch. The gameplay is very fast, you will have two teleport rooms, each one corresponding to our main cities, Kilika and Mi'hen. You will also recognize a few parts of real-map places that have been added to our map, such as Roshamuul, Krailos, Formorgar, or quests such as Pits of Inferno, Inquisition, Wrath of Emperor, just to say some of them... 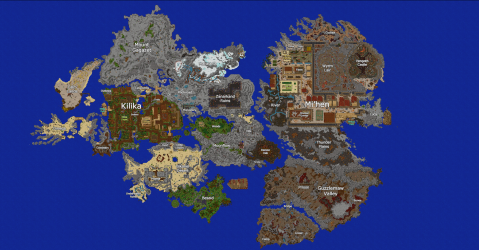 Implemented LUA quests
​
We have many real-tibia quests adapted to Greed Online, in addition to the 25 daily quest and normal quests distributed on the map. Here's the list of fully working quests that has full questlog, role-play NPC interactions and LUA events/scripts. They're sightly modificated in order to increase the difficulty of them and can be watched on video at website's Quest section: Pits of inferno (with all working levers and bosses), Inquisition Quest (with every mission), Wrath of The Emperor (all full missions except 02), Fire Axe (mixed with naginata script), Firewalker Boots (requieres maxilla maximus), The Annihilator (can be done from 1 to 4 ppl), Blue Legs (with full questlog and amulet forge), The Ultimate Challenge (Arena), Umbral Weapon Creation (Eruaran), Demon Helmet Quest (with parchment room), Arito's Task, Padreia's Task, Boozer's Task, Killing in the name of... (full with boss room), Demon Oak Quest (requieres Demon task), Orc Fortress (with NPC), Behemoth Quest (with lever).


About Killing in the name of... Our task system is pretty standard, you can repeat tasks many times, and access to a boss room with teleports that can be used as soon you report the requiered task. Every task gives you points, that eventually will unlock access to special tasks, such as Demodras, Tiquandas Revenge and Demon (they're linked to other quests).

Shop & Premium
​
Definitely Greed is not a pay2win server. We want to challenge you. That's why premium has a list of benefits that have a perfect balance on being usefull vs being overpowered. Becoming premium will last 30 days and guarantee: 15% extra experience, the ability to transfer character city on temples (faster travel than boats), more autoloot slots (40) and unlocked oldschool outfits.

About our item offer, we have the greed currency that represents the website points in-game, we got two regeneration items, Greed Shield and Greed Boots, that has less regeneration than soft boots or terran rainbow shield. The three tools, sneaky, squeezing and whacking. Brand-new 4 sets for each vocations (with balanced stats addition that challenges but not beats end-game pieces) and some utility items.

Other information
​
It's important to know that Greed it's been built with lot of passion and hard work. I have a second game-master which I trust, so the staff is officially GM Ralke (creator), and GM Heff (community assistant). We're always on official's Greed discord, trying to solve questions and reports that comes from players. We want to be a solid server with great staff response. So please, feedback and rate us constantly! To play you must download the client from the website, it comes with all OTCv8 features that the most of you might know. Be aware that you won't be able to enter to the server by using other clients.

Yes, if i'm not wrong will be 16:00 p.m in Poland. Used this time converter (Poland (GMT+2) and Chile (GMT-4)
The website also have a time-countdown at home page

yee i think 16:00 btw bad advert only 7 characters in highscore but maybe i join check this server
Good luck
K

not started wtf fuck this ots.. not recomended
M

chile? lol you want all your playerbase playing with 300 ping?
OP
OP

Kuba_74 said:
not started wtf fuck this ots.. not recomended
Click to expand...


Mr Geni said:
chile? lol you want all your playerbase playing with 300 ping?
Click to expand...

We planned to be hosted on Chile from the beginning. It has good average ping for south america, and brazil and run normally for EU/NA.
Definitely playable for EU/NA, the only issue could be during pvp.
Last edited: Jun 30, 2022

Kuba_74 said:
not started wtf fuck this ots.. not recomended
Click to expand...

I like the idea on a server hosted on Chile. To people saying:
"chile? lol you want all your playerbase playing with 300 ping?"

There are tons of players from Venezuela, Chile and BR (probably more than EU and NA) that are waiting for cool SA servers, so... non sense argument btw

About the server, I liked, but tbh I prefer low rates server without stages. Hope you have success
OP
OP

gavus said:
I like the idea on a server hosted on Chile. To people saying:
"chile? lol you want all your playerbase playing with 300 ping?"

There are tons of players from Venezuela, Chile and BR (probably more than EU and NA) that are waiting for cool SA servers, so... non sense argument btw
Click to expand...

Thanks for the feed! Very appreciated. And yes, you got a clear point, Chile doesn't have much servers that offers this kind of custom content. And there's old players on my country that just left the OTServers, I would love to get them back


gavus said:
About the server, I liked, but tbh I prefer low rates server without stages. Hope you have success
Click to expand...

Great to know! About the low rates, yeah, I started the alpha and beta of Greed with mehah's otclient and anti-bot protected client, it was going good with experience x2 but there was too many content that players just missed. This was because they didn't have enought level to access comfortably to this areas (for example, Guzzlemaws, Sphinxes and hardest quests).

So I thought about it and wanted to do it more dynamic. I really expect that people use quests such as Wrath of Emperor, Pits of Inferno, that we're a real hard job to do and we're not used on those instances.

Mr Geni said:
chile? lol you want all your playerbase playing with 300 ping?
Click to expand...

In good time ralke, that server is very good, I was in the beta and the truth gives a lot to talk about, great, I invite you, I'll probably be spying on you haha, have fun <3 it's a very, very good server <3
OP
OP

Solved some minor issues, some teleports and minor map bugs. Added more training slot spaces on Kilika and Mi'hen (based on what I saw, there was players that couldn't train because the slots we're full). Overall the server is running very smooth, without problems and players seems to be very happy. In conclusion, everything is going well!


GOD javii said:
In good time ralke, that server is very good, I was in the beta and the truth gives a lot to talk about, great, I invite you, I'll probably be spying on you haha, have fun <3 it's a very, very good server <3
Click to expand...

Thanks a lot! I appreciate your support <3

Well I can agree and disagree... I can't directly think that I will attract a very large playerbase taking into account that I am not so well known, or that my server is not so well known. I think things are going well and on time. A beginning is always a bet, in which you make decisions and hope that beyond being correct, they will lead to good results.

What I honestly hope is that my server entertains you, but of course, for that, the first thing is to play it, and I hope that the feedback received is in relation to this point. In any case, I receive your comment, and I assume that there could have been other ways. But here we are, waiting for everything to go well.

Did some maintainance today based on users feedback. This didn't took more than a minute to update. So here's the list:
I also added oficially the tasks page on the website. 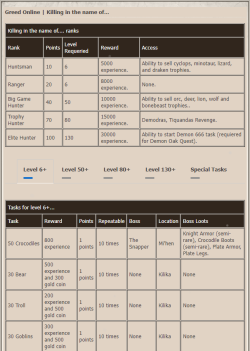 Thanks a lot
Enjoy!
OP
OP

A few screenshoots sent by our community to bump this thread, 20 days have passed since the open ^^
Infinite thanks to thoose who started their journey on Greed and stay 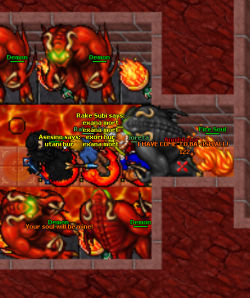 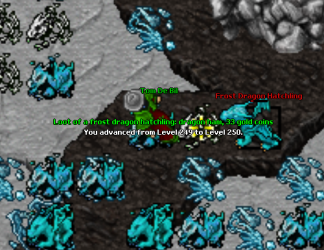 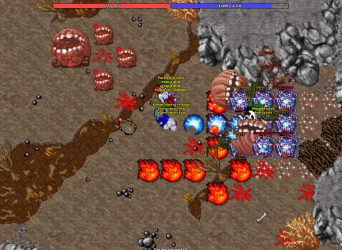 I would love to upload more pics, but unfortunatelly there's a limit of 5 images.
Here's the charts of theese last days and the evolution of the server on time since the start (30 june)... 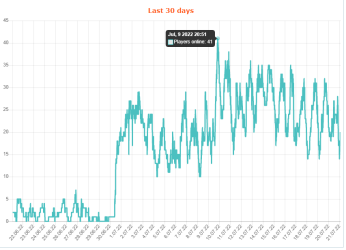 Thanks for reading,
Regards!

Hi! Here's a system made by @Itutorial all credits to him. I wanted to share this in case someone want to use it. This system is a request made in the following thread: Lua - Don't waste potions and runes on area (frompos topos)...

- Added new event Monster Hunter (13:55 p.m everyday). Consist on killing the higher ammount of creatures mentioned by the system. The one who gets the higher amount before 14:30 p.m win.

- Added a videotutorial of how to correctly add Vithrax vBot-1.0 to the client

We have achieved 1 months online! Thanks to all who have passed through the server.
There will be more surprises as the days go by... 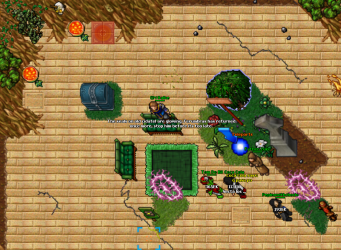 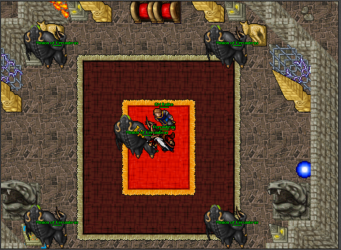 I like the temple
looks simple but in a cool way