One of Dura's many custom experience quests to discover! 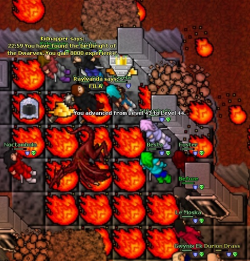 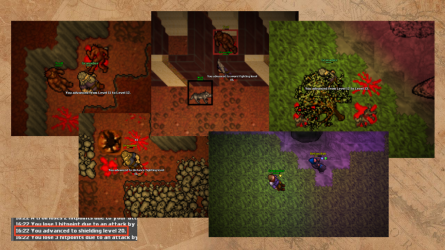 Some people enjoy staying in the amazing Island of Rookgaard... Only true warriors face legendary monsters once thought they were a myth.

Training has always been such a great way to make new friends and get to know people!

I wish I had started when it opened...

Do you want to help create the World of Dura?

During my time developing Dura there was one thing I came across that I long ago forgot and yet since learning it anew I cannot let it go. As the evidence below will show not only in the beginning did Players create the majority of the Game but they created the best parts that we all love.

We fundamentally believe that so much of what made the original game special was feelings of community and an inherent love to explore a world infused with charm and flavor, brewed from an endless supply of imaginations. Even the parts of the game that were not created by Players in the Early Days were suggested and proposed by Players.

Therefore today, January 12th, 2021, we are inviting anyone who wants to volunteer to be an Editor and Storyteller for Dura. The guidelines and rules will come soon enough in the invitation itself but at bottom the meaning is: Anyone who wants to can Create the World of Dura. We are going to supply you with Easy-To-Use Tools that are no harder to setup than Dura's Own Client. With these tools, you, with complete freedom and without any limitation can create anything for the world of Dura: add, expand, change, alter the Map. Cities, Wildernesses, Dungeons, Caves, Rivers, Valleys, Mountains, Monsters, NPCs, Raids, Ambushes, Quests, Traps, and on and on. More will be explained but to make sure we do not frighten anyone - all submissions will of course be open to our final decision if they enter the game or not, but we have nothing but hope that each submission will be accepted. 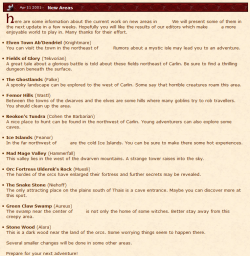 Just one of the endless new areas woven throughout the classic 7.2 RL map! 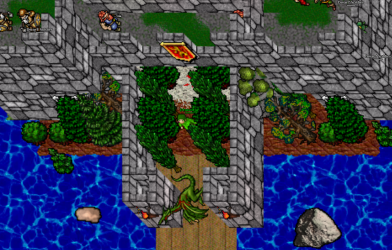 Galruk said:
I wish I had started when it opened...
Click to expand...

It's true that the beginning days of the server were really special, however; if you haven't played the server yet I urge you try it! You get 14 days of free premium when you start.
It's never too late to catch up and the community here is amazing. I even have friends who enjoy just staying in rookgaard.

Congratulations to one of Dura's top players on getting magic level 60!

Let the bodies hit the floor 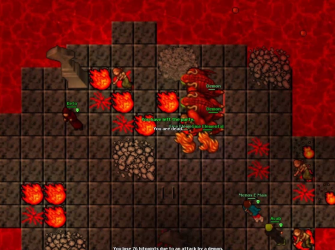 Gorgeous house belonging to Silent and decorated by Rose! 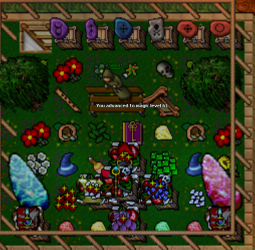 Dura is a MMORPG designed for skilled and seasoned players, offering challenge along with new mysteries and explorations. 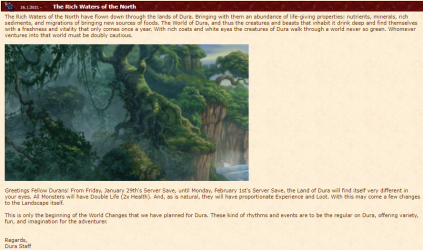