This thread purpose is to introduce you to the growing world of Customa.

​
Since there is almost everything needed to put anopen-beta done, for the first time, after a 6 months of work by a one-person team, I'd like to show you the Customa OTS. Biggest part of work that's still left to do is website, which I'm currently working on right now. I'm aware of few bugs that would be fixed untill the open-beta starts, that's why a strict date of release is still not avaible. As soon as I maintain to get shit done, the date will be updated below - be pacient please.

The purpose of making Customa is to combine a classic Tibia style with a custom (as the name suggests) mechanics to make the playstyle more dynamic and fresh. However, according to the different approach to MMORPG nowadays, the very core of Tibia was heavily changed. At Customa you don't need to split your time between actively playing the game and investing many hours to grow your skills in the old way - the server uses a skillpoints to make your character stronger.
You can focus at leveling, making quests, hunt your enemies down or simply discover a crossover between real Tibia and huge, custom map.

There are implemented many mechanics that you won't find in real Tibia, such as double wielding, which increases your basic attack speed by 50% while activated. Other thing worth to talk about are passive attributes. Passive attributes are unique for every vocation and their power depends on player's missing health. They activate when your health is below 50% and get strenghten while below 25% maximum health. Those attributes can temporary boost players skills for 5 secconds from activating.

​
Vocations are made to fit 5 different ways of gameplay, but the skillpoint system gives you a lot of space to improve your character in many other ways. The main roles are:

Spells are almost 100% custom made, few oryginal Tibia spells have been also implemented, some of them were slightly changed to fit the gameplay. There are 6-8 main spells for every vocation excluding exuras, exevo pan etc.

​
Due to hotkeys era (and bots, which I don't approve), Customa got rid of most of the runes in game, keeping only the necessary ones. In exchange players can enjoy the elemental system, which fills the 'most of runes' hole. There are going to be 6 elements in the future, starting with basic four which are fire, ice, energy and nature. Every single element has it's own unique spells that can interract with the other elements. The system is made to combine two of the base elements to icrease power, size or condition given by elemental spells, however, a player can use only one type at the time. Abilities can also be weakened by wrong combination, such like fire and nature will have their power decreased.

​
World of Customa is a combination between good known, Tibia map and an additional continent, with new towns, hunt spots, quests and many more things worth seen. Map is kept in the oryginal style to make it authentic part of the whole world. At the moment there are still hidden quests already done, but untill I refresh them they will be a secret for a while. The minimap is going to be mystery and I wont provide it soon.

​
The items itself are just like the real Tibia, however unlike oryginal items, they can make item sets with additional stats. Sets are made to fit different vocation, but they are avaible for every profession in the game. Items that were collected from monsters have their own level, depending on the power of killed creature. At the end, there is advanced enchant system, which can upgrade, enchant or even clone your items. 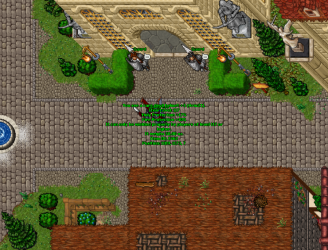 ​
The Customa players will get a free premium account lifetime. A players can buy other unique things, like outfits, mounts, furnite and other stuff that can't be obtained in any other way - you won't find any gamebreaking items to buy for a real money to keep it fair for everyone.


You can expect a weekly updates of the progress. Looking forward for your feedback!

PS. If you want to take a part in closed-beta tests which starts (if everything goes well) 23.02 feel free to PM me.

It's been more than a week since the first post, however the amount of things I had to deal with in the last week took all of my time and I'm really happy to say that we're almost ready to release an open-beta with estimated date 12.03.

Today I'm gonna introduce you the Blademaster vocation.
Blademaster is a melee, close range fighter with an abilities dealing mainly physical damage. He's very good in duels with other players and a great choice in terms of solo playing in generall. He deals one of the greatest DPS in the game - combined with an Ice Element slow, he can easly hunt the target down.


ABLITIES
There are 6 offensive spells and exeta res avaible for this vocation.
​
Exori feris - deals physical damage in a small area in front of the player 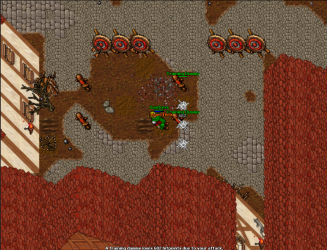 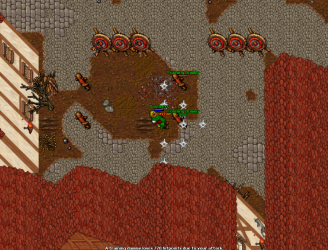 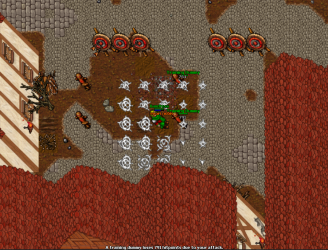 Utito tempo - boost the players critical hit chance to 100% for 10 secconds. While active, player may not use any offensive spells. Utito also slows enemies for 33% in exori arena while cast 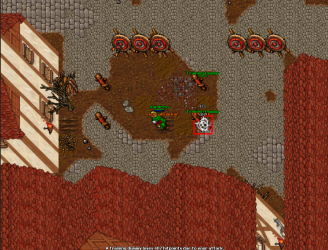 Exori gran hur - deals death damage in front of the player. When the target is player and has <25% maximum health it is executed 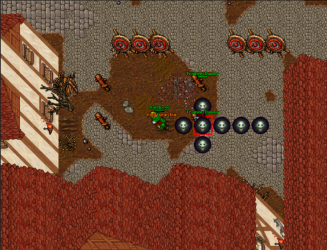 Short video of the gameplay from one of our testers.


EXP​
Few questions about exp rate - would you rather see a classic lowrate or medium exp stage?

Currently exp stage looks like:
Points per lever are skillpoints gained with every level up

MEDIA
​
If you want to know more specific informations about Customa, please visit our discord:

Check out the Customa community on Discord - hang out with 62 other members and enjoy free voice and text chat.


Waiting for your feedback guys, tell me if you like it or maybe you would like to change something!

Could you tell what exactly seems op?

Xandress said:
Could you tell what exactly seems op?
Click to expand...

Due to custom formulas and skillpoints, level and damage will be different than classic tibia. Also blademaster is something different than knight - guard is more like tibia knight.