Hello for all community of OTLand!

It will be a new world with three different and interconnected hosts, these being Brazil (São Paulo), United States (Virginia) and France (Gravelines).

How will it work?

The three hosts are connected to the same database as one. The idea is to attract the American public (south and north) and European. This will attract more players and more teams to our game.

The transfers between hosts can be done within 24 hours after a week on server, through an NPC located on an island that will be accessed by the temples of each Tibian city by the NPC.

The highscores, online players and website will work as one. This brings the content of only one Tibia world, but interconnected in 3 different parts of the real world, with larger players.

Realistic is RealOTS (7.72) based server, it was made, initially, with a custom source engine that interprets the leaked cipsoft virgin files ([7.7] RealOTS 7.7 Cipsoft files (virgin)), and the real Tibia global map from that time.

No, Realistic has only the NPC's unchanged, the game aspect try to mimic a 7.4 Tibia server, with all the features of this Tibia version and some custom aditions.

Which 7.4 features are that?

All that features try to get the most similar features of 7.4 Tibia:

And what's are the custom features?

The custom features are added to increase the gameplay ability and make the game more dynamic, merging the actual Tibia and the old Tibia:


How does the task system works?

The server hunting will be encouraging players to do group hunting and task huntings.
The task system works with daily and normal tasks. The daily tasks can be made one each 24 hours, will be few monsters and each day different monsters with different rewards.

The normal tasks are the common tasks that we see on the most servers, but they can be repeated.

You can do a daily task and a normal task at the same time.

Task points can be used to trade with NPC's for items (in the future premium points stuff), that will make the server don't have difference with people who pay for play and the free players.

Task rank experience will advance you on rank system, the ranks are:

Your rank will be showed on the player look (You see Daniel. He is a master sorcerer... Adventurer Rank: First Class Hunter), and you will be able to hunt in new places, talk with new NPC's depending of your rank.

Each rank allows you to talk with a different NPC. We have 3 kinds of merchant NPC's that buys from bargage items to high price items.

What about the map?

This is our map with some new and old remapped hunting spots, including quests.

What's the server rates and information?


We are using an edited smooth version of OTClient with a lot of feautures:

Realistic is a project from 8 months, our first world, Ancestra, we got 500 players online and we wanna grow it more with multihost, rescuing the essence of Tibia 7.4.
The server is totally free to play, freeaccounts has boat, spells and cities access.
Hope you enjoy this new project.

It was good to enter the beta test, now it will be even better, this a good old school server to play
X

It looks good, but are you going to advertise it somehow? This topic is a bit too little...
OP

Hello @Xamer we already had a server with 500+ online, in our Discord normally has 100 online, so people will play.
But I'm renting some streamers, Facebook Adds and talking with team leaders.
Also if you have some way to advertise on US/EU, talk to me, cause 90% of our public are from BR.

I know a lot of people who've been waiting for this OTS since the Second World War.
OP

Sevroy said:
I know a lot of people who've been waiting for this OTS since the Second World War.
Click to expand...

hahahaha, we lost much time developing the multihost, but now everything is 100% fine, waiting for you there

By connecting the three hosts to ow database won't you get troubles in otservlist etc?
OP

Yes @Felipe93, already talked with Xin trying a solution, but I'll have to advertise server by server online numbers

When does it start?
OP

finally you made it happen! good lucky mafriend
K

User is posting a message in a foreign language on an English board. This is against our rules.
igła ots i think
K

Ots definitelly not for people from europe start at 23:00 terrible...

Kajko94 said:
Ots definitelly not for people from europe start at 23:00 terrible...
Click to expand...

Thats true however maybe we can talk with the host to make it 2-3h earlier?

Whoa, pretty cool thing you got going on there. I'm really fed up of Real map servers, but I really liked the multiregion approach. Hope it gets instant one of these days!
K

+1, make good start for eu players, there will be most eu players 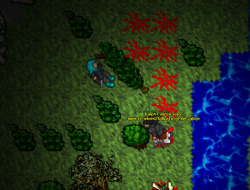 LET THE FUN HAS BEGUN

yes I know my friends, that's n horrible EU time. I did it because of brazilian time, will be 18:00 here, and the most of my public is brazilian. I hope you understand that, it's my first time oppnening ports to you from EU and US.

BTW i have a solution in my mind, I can open EU server 2 hours before BR and US, than I compensate this time on SS delay, so EU will have some days with a bigger delay SS (thats usually is 2 minutes) to be fair with other servers, what do you think? Remember that world transfer will be allowed only with 1 week of server.
You must log in or register to reply here.
Share:
Facebook Twitter Reddit WhatsApp Email Link
Top