Evolunia BETA
IP: Evolunia.net
Website: Latest News - Evolunia
Client: Custom client based on Tibia 10.98, you will be able to download it the same day the beta opens
When: Saturday at 18.00 CEST. Evolunia is designed to be a fast paced and simple evolution server, we have added tons of new features that are meant to make the game more fun and interesting. All our maps were also made by ourselves, so every spawn and quest is unqiue to our server.

​
Tons of quests and spawns that will last a long time for players to complete, you can also find tons of different missions and hidden rewards in most of our spawns.

All of our monsters has a level indicating how strong they are. Orb system, whenever a creature is killed they have chance to spawn an orb, walking into that orb will give you bonuses like double damage, double experience and more for a small period of time. 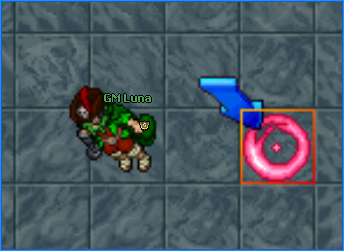 Alot of item attributes, on our items you can find tons of new item attributes such as: leech, chain, critical, bonus to weapon attack, damage increase and more.

Automatic healing inside the game, we have an auto healing function ingame which can be toggled on with !autoheal. It automatically uses potions and casts healing spells for you.


​
Charms! We have a new item type called charms, they give bonuses when they're inside the charm container, which is a bag with 4 slots and it can be openend via the !charms command or by pressing the store container ingame.

Attribute points can be used to make your character deal more damage, get more regeneration, run faster and have more health and mana. They're unlocked through quests, tasks, achievments and finding random treasures inside of spawns. So it's worth to explore every spawn so that you get many attribute points.

With this beta we hope to identify bugs, and to keep adding interesting systems we still have a few in mind. And once the beta is done we hope to advertise the server more to get a larger playerbase. We hope that you check it out!

The server is a "evo" tp server, the town itself is custom made and almost all quests and spawns were made from scratch. But I will post a couple of screenshots below for you too

A small part of the teleport room

One of our quests

You can find strongboxes that summons monsters when you use them! And you can also find creatures with different skulls, they can be compared to elites and champion packs like ARPG games has.

Today we reached 9 players, and got lots of feedback and bug reports, hoping to see more tomorrow!
C

Today some of the quests were completed: 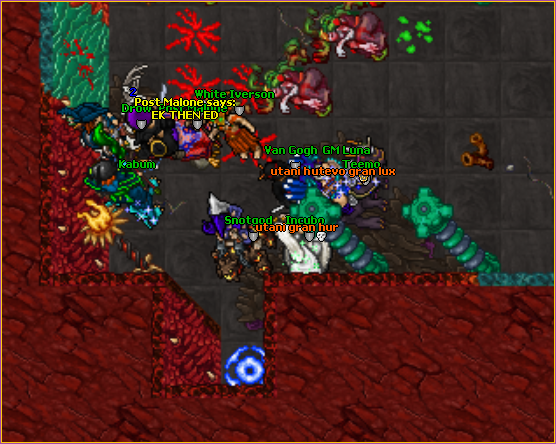 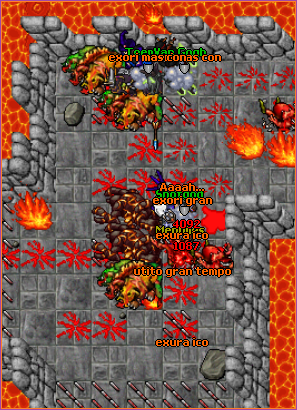 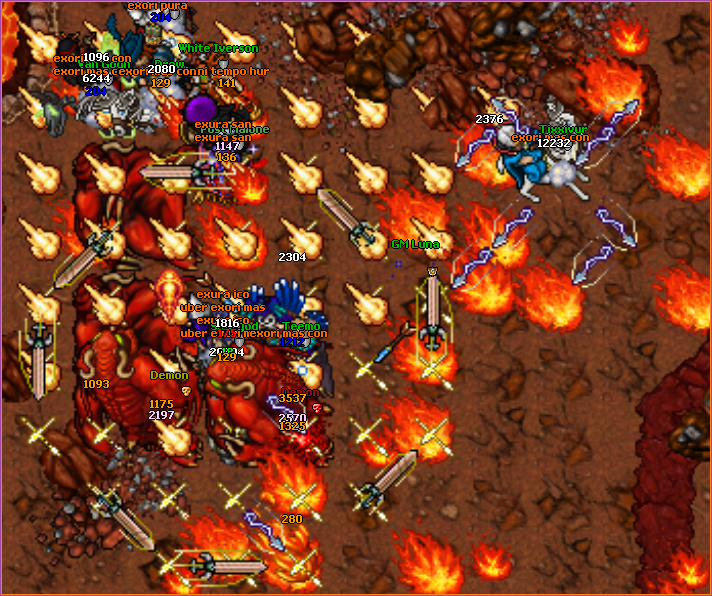 There will be new npcs coming tomorrow, they will be spread across the map and they will sell various permanent buffs for money. 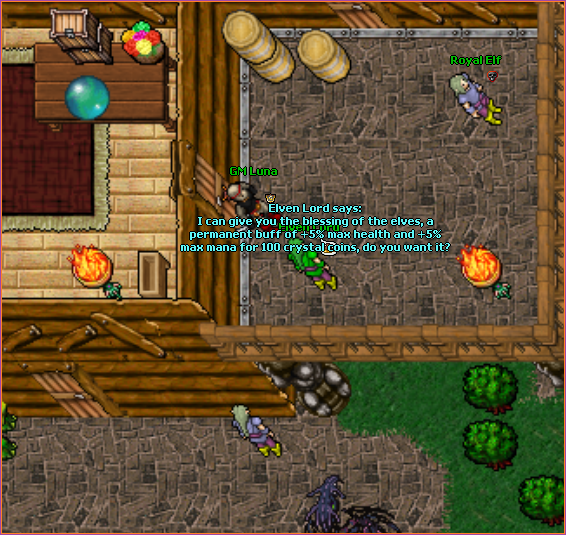 Join us now! Currently there's 27 players online and our record is 30.

You are right they were too hard and we already changed them this morning to be a little bit more easy. They still might be too hard for a level 350 though but there should be other good monsters for that level range.

Does this have a Discord?
OP

itoxblade said:
When I click on the link to your website it goes to this one instead.

Sorry! I didn't check to make sure everything worked. It's fixed now.

I haven't used discord but I will try to make one and add it to the page etc within the next day!

Any chance for a custom client?

Yarael said:
Any chance for a custom client?
Click to expand...

Yarael said:
Any chance for a custom client?
Click to expand...

In the future the server might get upgraded to tibia client 11 or if there's enough resources even otclient but it's not a high priority right now. First there'll be more interesting systems and much more content.

This looks like it could be fun. Not sure how I missed this. Going to give it a shot right now!

REVIEW TIME:
Server was pretty great. It actually had some cool custom spells, had a blast playing a knight. The skull system makes it more exciting when hunting monsters. The box system would actually make some tasks go by faster cause you would open up a box and a whole bunch would spawn!

I won't be playing anymore though since botting is allowed. The server felt dead even though there are 35 players online. I only had like 1 or 2 people respond to me in my entire time of playing. Went to a few spawns and just saw people botting. Cool server though, more fun than other evo's.
Last edited: Nov 19, 2017