In this season of Erpegia.net we decided to highly focus on rebalancing all-around gameplay, from low to high levels and also introducing fresh new content!
We have spent many days with not only casual RPG players but also PVP veterans - to once again create Retro PVP Custom RPG, where everyone can find it's place.

-Real-Tibia like monsters AI , boss rewards and proper PVP mechanics
- All the activities such as explore, killing rares, participating in events or raids are awarded - you are not forced to only grind experience

-Interactive MAPS with marked respawns and NPCs (Reminder: not every spawn in game! If something is not on map it doesn't mean it is not located on server) 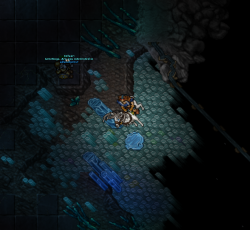 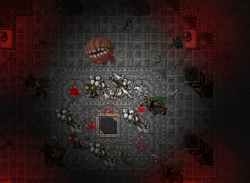 - Fixed minor bugs from last editions:
* Exeta Res problems (now it works as on Real Tibia but duration is shorter - 3seconds),
* Two-handed weapons are now equippable while you wear one-handed weapon and shield (even from action bar),
* You can re-equip rings while your main backpack is full,
* Twist of Fate is a bit more expensive.

What about server's future?​

Every guild with 8 and more players will receive points (TC) at start. Points will be awarded to every player as "Non-transferable TC" after first login, and also after getting level 50.
Keep in mind that our shop doesn't have any pay to win features, but some Quality of Life things such as House Equipment, Third Prey Slot, Prey Cards, 6th and 7th Blessing, Mounts or Outfits (without any bonuses or increased speed compared to normal ones - pure cosmetical). 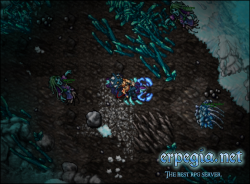 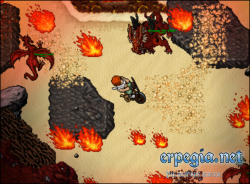 Do you have any guides for new people? I wanna play, but it looks a bit overwhelming for me

Cool server, played some eras and it was fun.

Nice video anyone recruiting to guild?

Thanks mate, feel free to join our discord, that should help with finding the guild

The server looks great, see you in 4 days. Parlayton you are still looking for a guild ?

@Fazalski
Yes, but I'd rather join neutral guild. Maybe we will make one?
Y

great server, i played other "seasons"?
what you are not gonna read here:
other than that it feels that dev is not really paying attention to community. he removed plat acc but imo it wasn't a problem. maybe if he deleted from cash shop gold converter (allows to change gold to platinum coin) would i change opinion about it.

Well, we just made a list of changes and constantly adding it on discord. Previously server was done by one person which made a lot of problems in writting down every change. Now our roster is bigger and we try our best to atone previous mistakes.

I would say that wars aren't rare, but warmodes are - it isn't PVP only oriented server, but there are always some teams that fight each other.

People leave server pretty quickly - it happened once, the longest edition lasted 6 months. Overall editions lasted like 2-3 months. We want to extend that by doing some of the updates noted in the first post. We would like to make server for a long journey with more than only exp. The issue of previous edition was only 3 days advertisement - we won't make that mistake again.

Season end when there are no people playing - on previous edition there was like 1 person online a day.

Small changes WERE silent - as stated above, admin was alone and couldn't manage to make everything at once. Now we are making patch notes on discord every now and then. Also about stage exp - I don't know what do you mean? We made exp stage for the first time and it is on server info and on top of the page.

Why we would delete gold converter from shop - other than Quality of Life thing it doesn't give you any benefits - people are too used to clicking at gold without banking it but at the same time playing 7.4 OTS where it is normal thing.
Last edited: Apr 21, 2020

@Parlayton
Sure why not , now we must find other members xD.
I hope that was be easy .

Hello everyone, important news!
We know that it should be available since the beginning of the advertisement, but we wanted to make it as smooth as possible...
We would like to introduce you our new referral system.
From now on you can see who typed your in-game name during registration or simply send your link to your friends and if they gonna progress through the game - you will be awarded!
You can find more informations about that feature in the link below: Will Explorer Society be on wikipedia aswell?

Parlayton said:
Will Explorer Society be on wikipedia aswell?
Click to expand...

Also before the launch we gonna change the spoiler so it will have reworked part too...
P

@elwow94
If my friend already made account - is he still able to add my name to referral?